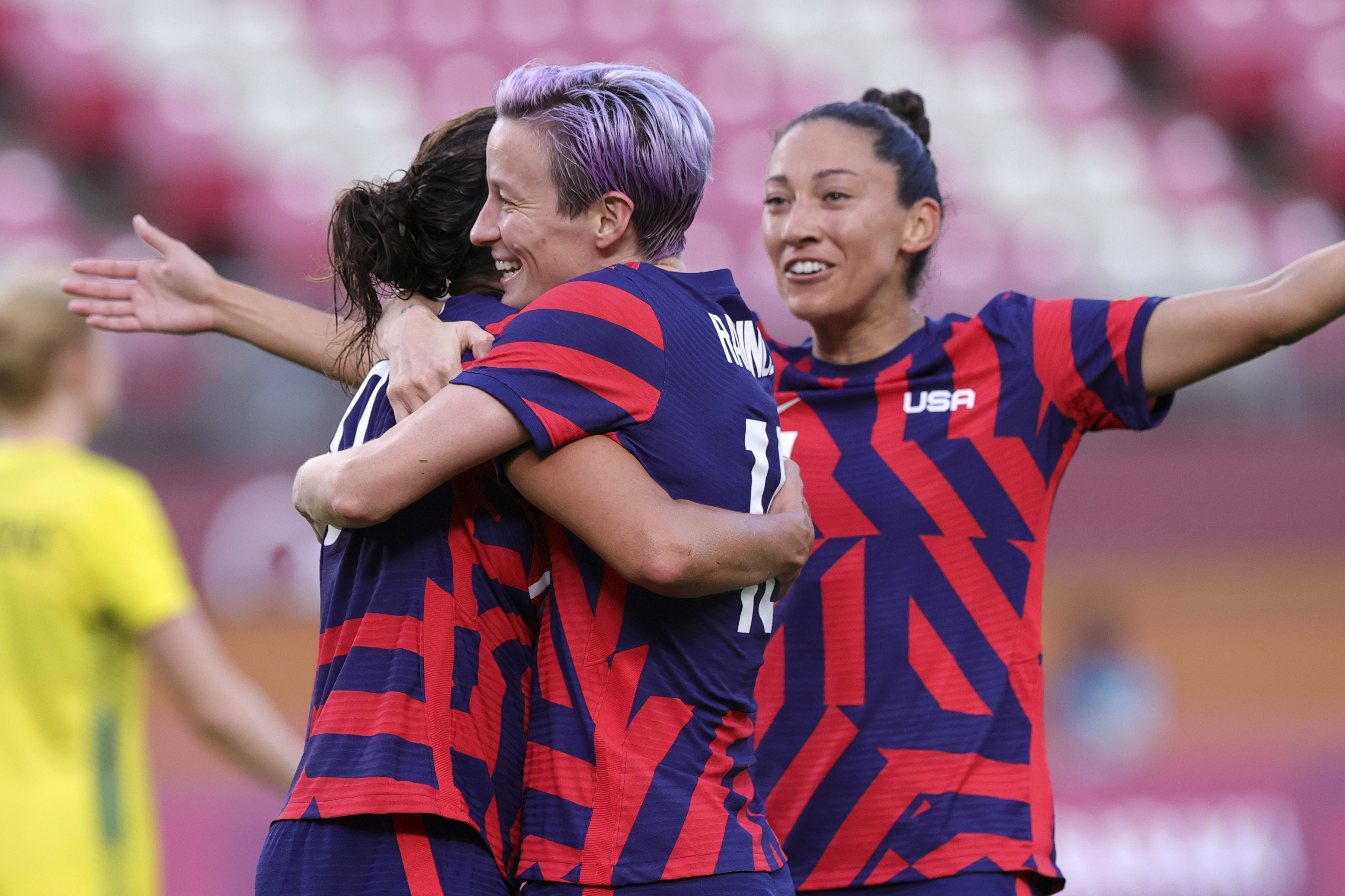 History was out of its reach, but the United States women’s soccer team isn’t leaving Tokyo empty-handed.

In what was potentially their national team swan song, Carli Lloyd and Megan Rapinoe made sure of that. The two elder stateswomen each scored twice, powering the U.S. to a bronze medal with a 4-3 victory over Australia that wasn’t as close as the final result indicated.

It was arguably America’s best performance of the Summer Olympics, an aggressive and comprehensive victory that was unlike its struggles for most of the Games. The USWNT was hoping to become the first team to follow up a World Cup title with a gold medal, but that dream ended in a 1-0 semifinal loss to Canada in which it outshot its opponent, 13-3.

The disappointment of that match didn’t negatively impact the Americans. Rapinoe, 36, struck first, on a direct corner kick – an Olympico in the Olympics – in the eighth minute. She tacked on another goal in the 21st minute with a sweet volley on a failed clearance by the Aussies.

Lloyd, a 39-year-old Rutgers alum and the oldest USWNT Olympian, sent the United States into the locker room on a high during first half stoppage time. She scored again – her U.S. record 10th career Olympic goal – six minutes after intermission. Caitlin Foord, Sam Kerr and Emily Gielnik scored for Australia, Gielnik’s 90th minute blast creating an uneasy four minutes of stoppage time for the USWNT, but the Americans closed it out.

It was a bittersweet finish for the U.S., the top-ranked team in the world. The Olympics started poorly, with a dismal 3-0 loss to Sweden, snapping a 44-match winning streak. There was a scoreless draw in the group stage with Australia and a shootout victory over the Netherlands in the quarterfinals, prior to the loss to Canada.

Their stay in Japan, though, ended on a positive note, with the type of performance that was expected from them more frequently during these Games.