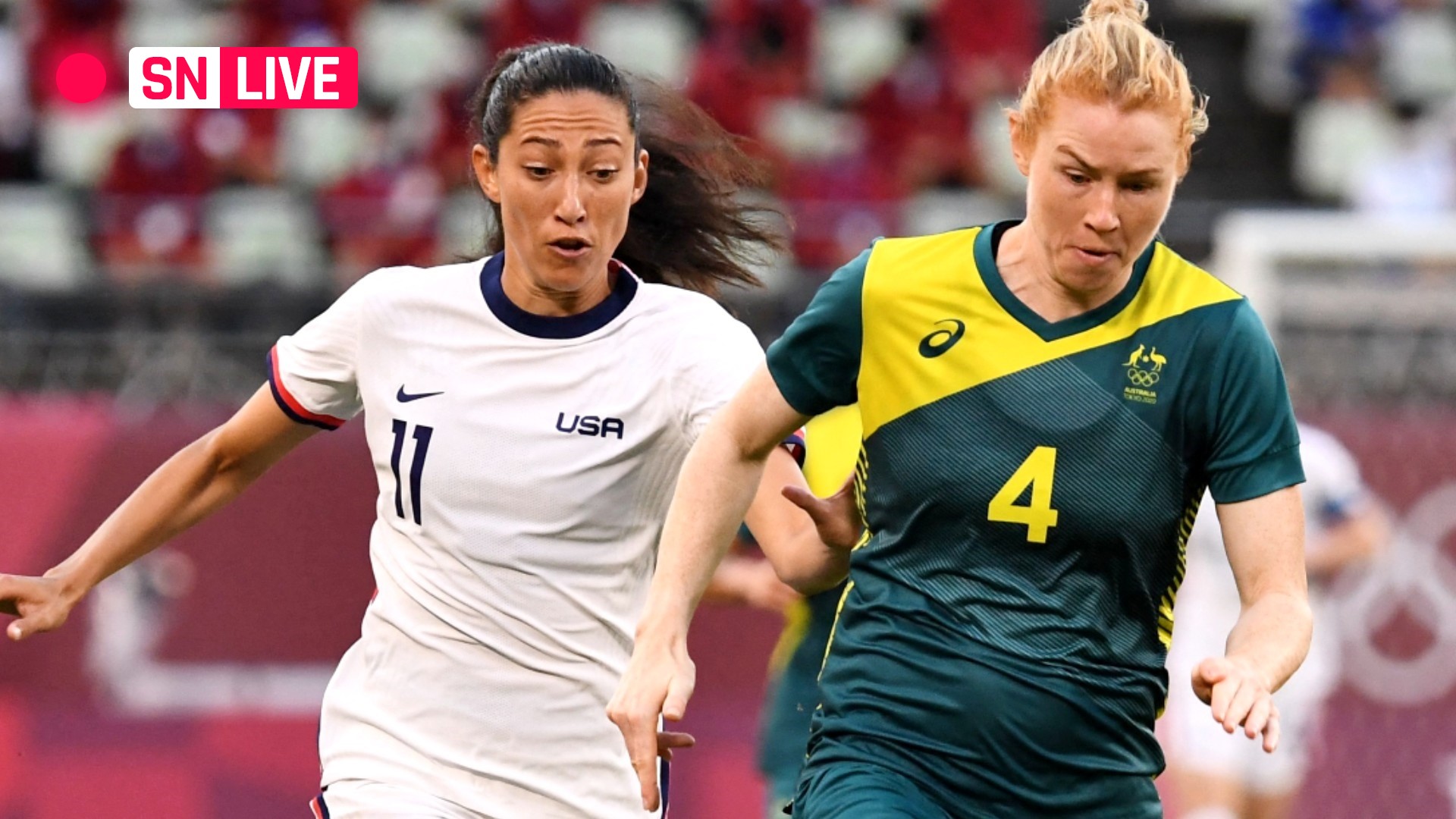 There will be a bronze medal and a  valuable financial incentive  on the line for the U.S. women’s national soccer team as it looks to close out its Olympic participation with a victory against Australia in the third-place match.

Both teams are coming off narrow 1-0 losses in the semifinal round. For No. 9-ranked Australia, it will be its first-ever opportunity to play for an Olympic medal. It’s also the first bronze medal game in USWNT history, given it’s used to competing for the gold (five of previous six Olympic Games).

These two teams already faced off in the final match of the group stage, drawing 0-0 for a result that was convenient for both sides to advance. Plenty of goal-scoring is expected in this bronze-medal match with Australia’s Sam Kerr looking to add to her five goals in the tournament, while 39-year-old Carli Lloyd and 36-year-old Megan Rapinoe will be hoping to make it a memorable potential final Olympic match of their career.

26th min.: It’s been end-to-end in this game, both teams applying high pressure and creating chances. It has helped that the defenders and goalkeepers on both sides aren’t having their best start to a game.

21st min.: Goal USA! Another fantastic finish by Rapinoe. What a volley into the top corner on a poor clearance by Australia.

19th min.: Sam Kerr with another header on goal and Adrianna Franch saves this one!

17th min.: Sam Kerr scores for Australia! Mistake by the USA defense and Australia win the ball, Foord feeds Kerr in the box and ‘keeper Adrianna Franch can’t stop the shot at the near post. What a start to this one.

13th min.: Christen Press is on her game today and she creates another opportunity from the right side, cutting inside and firing at goal, but the ball is deflected for a corner. Lindsey Horan’s header on the corner kick goes high.

8th min.: Olimpico! Megan Rapinoe scores off a corner! What a goal. She curled that ball over the ‘keeper’s head and into the goal directly from the corner flag.

7th min.: Great first-time shot by Christen Press and Australia ‘keeper Teagan Micah has to come up with the big save on a ball destined for the corner.

1st min.: We’re off and Australia with the early attacking pressure.

3:59 a.m.: Carli Lloyd’s not taking the knee with her teammates has caught the attention of social media:

3:47 a.m.: All eyes on U.S. goalkeeper Adrianna Franch, who replaces the injured Alyssa Naeher in goal.

3:43 a.m.: The USWNT attack will also be facing an Australia team playing without its best defender in Ellie Carpenter.

#USAvAUS bronze-medal game lineups are in. One big tactical thing: Christen Press starts up top for #USWNT , and Clare Polkinghorne replaces suspended Ellie Carpenter in the Matildas’ back three. Huge speed trade-off there. Can the U.S.’ front three finally click and exploit it? pic.twitter.com/n84KtyQlz2

3:41 a.m.: Stephanie Catley will be playing deeper on defense for the Matildas against the USWNT. That’s a good thing for the USA:

U.S. head coach Vlatko Andonovski will give Megan Rapinoe and Carli Lloyd what could be their final start at an Olympic Games. He gives Rose Lavelle a break in midfield, with Sam Mewis taking her place. The back line is the same one that started the semifinal against Canada with Adrianna Franch taking over for the injured Alyssa Naeher in goal.

Australia play the same lineup that lost to Sweden in the semifinals, except for defender Claire Polkinghorne coming into the XI in place of the suspended Ellie Carpenter , who was red carded in the closing stages of the previous match. Polkinghorne will likely play in the middle of a back three with Alanna Kennedy sliding over to fill in for Carpenter on the right side of the defensive line.

How to watch USWNT vs. Australia bronze medal game

The USA vs. Australia bronze medal match will air live on USA Network and Telemundo at 4 a.m. ET. Both networks are available to stream on fuboTV (free 7-day trial) .

All soccer matches are also streamed in the USA on NBCOlympics.com, TelemundoDeportes.com, NBC Sports app and the Telemundo Deportes app — all with user authentication.