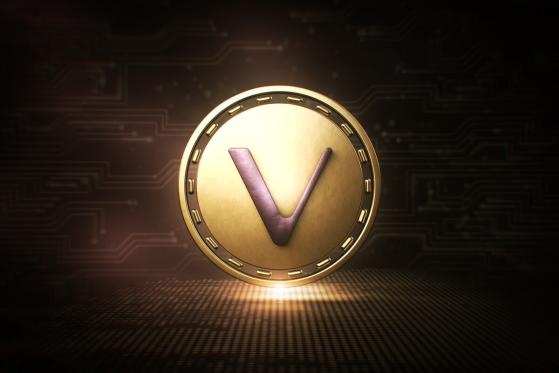 For the last few months, the price of VTHO has remained constant. The VeThor token has been on a sideways trend since its price spike in the first quarter of 2021. Does the VeThor network, which now has a market rank of 168, have the potential to provide speculators with a return on investment?

The Overview of VeThor (VTHO)

Compared to other blockchain networks, the two token scheme makes it faster and more efficient. On the blockchain network, the VET token is the primary mechanism of transferring value. The VTHO, the VeThor Blockchain’s native token, allows users to diversify their investments and decouple market speculation from the cost of using the VeChainThor Blockchain.

Sunny Lu is the creator and CEO of VeChain. Sunny’s professional career experienced various twists and turns, beginning in 2009 when he got named Bacardi China’s IT Manager. He later moved into the fashion industry, becoming the CTO of Louis Vuitton China. He transitioned to the Information Technology sector in 2014, where he became the CIO of the Chinese division. He founded VeChain in 2015 after coming up with the concept.

The VeChain network was formerly a subsidiary of Bitse, China’s blockchain business. After separating from Bitse, VeChain grew into its own company. The corporation underwent a rebranding process in 2018, which resulted in the VeChainThor Blockchain and the development of the VeThor token for governance.

The Meta transactions capabilities get built into the VeChain Thor blockchain system, can get used in ways. The development of VeChain Thor Blockchain for enterprise adoption is made easier for users by multi-party payment, multi-task transaction, configurable transaction lifecycle, and transaction dependence.

Its BlockRef and Expiration transaction fields, for example, allow users to specify the time when a transaction is processed or expires if it gets not included in a block. The freemium model within a decentralized app can onboard customers without a payment barrier thanks to the variable transaction fee delegation methods.

The multi-task transaction is a multi-function atomic transaction that allows developers to batch payments, combine several calls to distinct contract functions into one transaction, and control how they get executed. It also allows you to define dependencies to guarantee that the execution order fits your needs.

In the first quarter of 2021, the price of VTHO experienced a bullish trend, slowly gaining at rate while creating a firm consolidation basis. The token’s price broke and touched its 50-day simple moving average in the latter half of April, end to the upward trend. During the next three months, the future price of the VeThor token (VTHO) continued to decline. The VTHO/USD token rate finds support at $0.005 in July and then climbs again shortly after.

The RSI indicator rose into an overbought state at the start of 2021. During this period, the volatility of the VeThor token price increased slightly, but this was only the beginning. Volatility increased once more, as evidenced by the Bollinger bands, and the RSI indicator signaled another overbought scenario. The chart began to move in a bullish direction. After May, the VTHO price reduced its volatility due to the downward trend. The price of the VeThor token (VTHO) has dropped to a new low.

For the VeThor token price estimate over the next five years, we used precise crypto market analysis and predictive data modeling. Although utilizing past values to anticipate future VTHO predictions get not the most accurate way to predict where the price will be, it should get noted that this isn’t a horoscope.

Price Prediction for VeThor Token in 2021

Despite the recent drop in crypto prices, the VTHO price projection for 2021 is bullish. According to the statistics from VTHO price prediction 2021 models based on the latest news and historical data, the VeThor token will achieve an average trading price of $0.011 in the future. The highest and lowest price levels for VTHO/USD will be $0.012 and $0.010, respectively. To avoid losses, traders and investors should trade or invest cautiously.

The price of VTHO gets predicted to reach a minimum of $0.014, according to the projection. The rate of the VeThor token can reach a maximum of $0.016. Throughout the year, the average price of the coin will be around $0.015.

Price Prediction for VeThor Token in 2023

Price Predictions for VeThor Token in 2024

So, that’s all about the Vethro price prediction. We hope our guide will help you know about this coin in a bit of detail. If you face any qeury while investing in it, feel free to connect with us at any point in time.