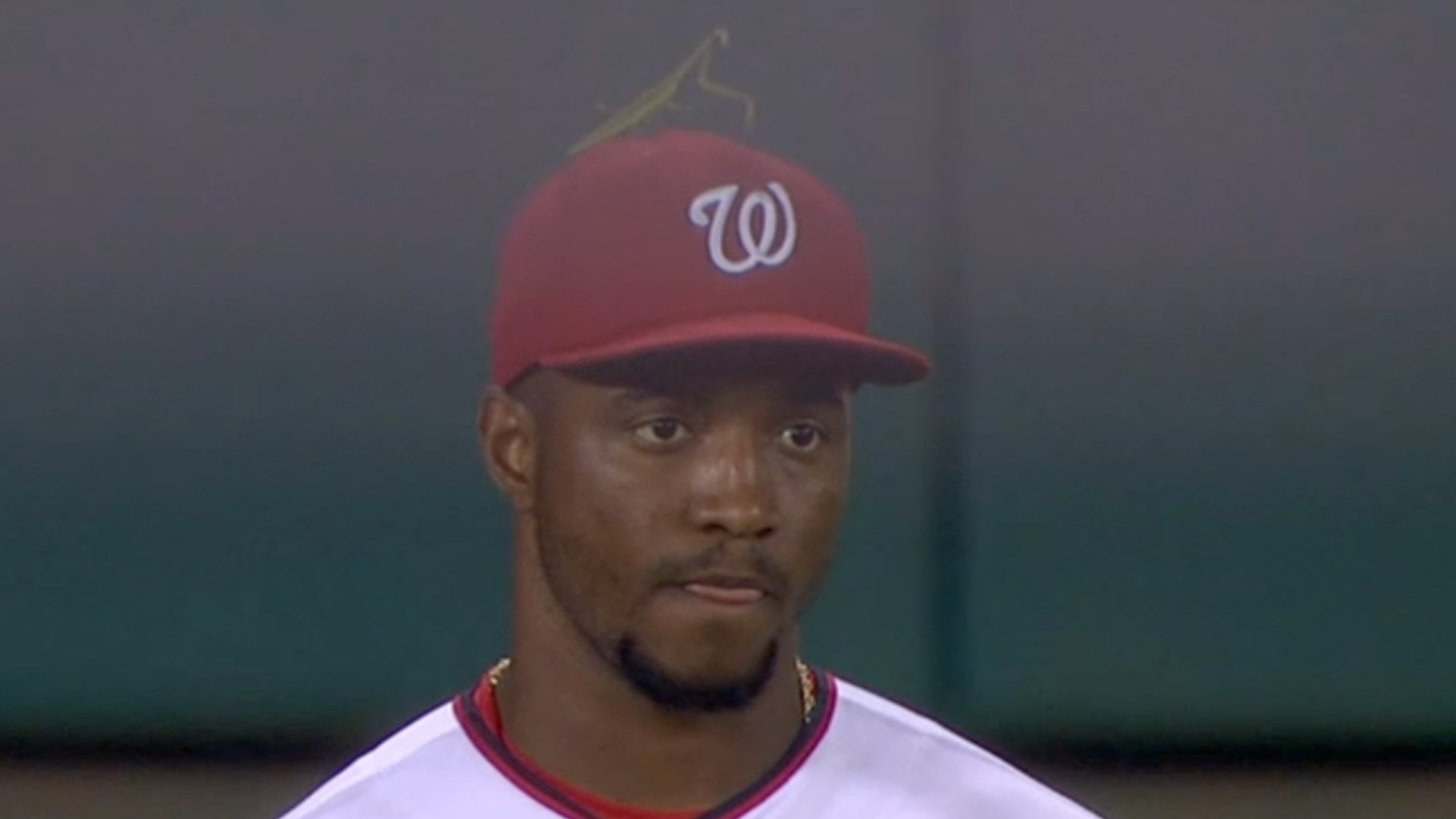 Victor Robles is all about making new friends, even if that friend is a giant praying mantis.

During the eighth inning of Monday night’s Nationals vs. Phillies game, a praying mantis attached itself to Robles’ hat. Washington’s centerfielder was completely unbothered by the bug, and he let it hang out on his hat in the dugout.

The Nationals’ broadcast had a lot of fun with the mantis and compared the bug to an alien from the “Men In Black” movies. They also wondered whether it could become a “rally mantis” for the Nationals, who held a one-run lead when the critter first appeared.

Additionally, the broadcast questioned whether Robles actually knew the bug was there. In the ninth inning, it became clear that he did.

Robles took the praying mantis out to centerfield with him during the top of the ninth. He made sure that it was keeping track of the game and even flashed it the number of outs at one point.

Unfortunately, the praying mantis didn’t bring the Nationals much good luck. Instead, the Phillies scored five runs in the top of the ninth inning and managed to earn a 7-5 victory over Washington, who had led 3-2 entering the final frame.

As such, Philadelphia dubbed the bug its rally mantis.

In truth, losing may be a blessing in disguise for the tanking Nationals, who offloaded most of their high-end talents — including Max Scherzer and Trea Turner — at the 2021 MLB trade deadline. So, perhaps that mantis will turn out to be a prayer answered.