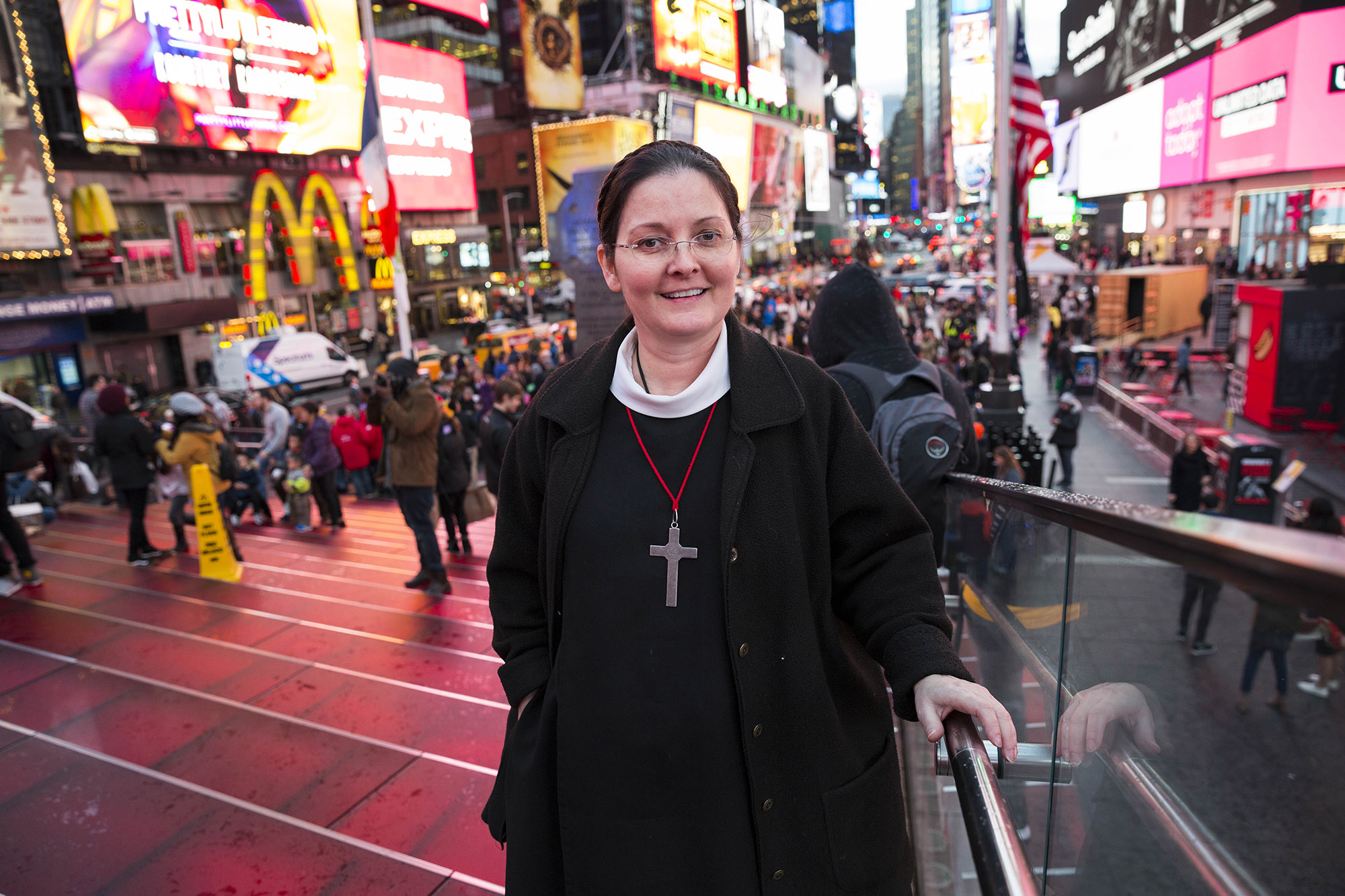 She’s got the most heavenly glow on social media, bar nun.

When Episcopalian nun Sister Monica posted her first-ever TikTok of a wild turkey that was terrorizing her Mendham, New Jersey convent in June, she had no clue that her luminous skin would outshine the baleful bird.

“I had four followers at the time, and I wanted to make them laugh by sharing a video of this dinosaur-like beast that was kind of bullying us nuns,” Sister Monica, 55, told The Post.

After sharing the initial clip of the gobbling goon, she innocently posted a follow-up video entitled “Update on the wild turkey situation.” But the caption lead a number of social media onlookers to think that a nun, in full holy garb, was posting about the alcohol brand, Wild Turkey Bourbon.

“In hind-sight, that was a terrible caption,” laughed the Sister. “But all of the sudden I started getting thousands of direct messages from women asking me about my skincare routine.”

Her radiant and unwrinkled derma sent TikTok into a tizzy, seeing Sister Monica’s fan base skyrocketed to over 66,000 followers in less than two weeks.

“People were leaving comments like, ‘Girl, there’s no way you’re 55-years-old. What’s your secret?,’” said the trending nun. “And ‘Oh, she looks so young because she doesn’t have to deal with the aging stress of dating men.”

But Sister Monica’s “secret” to flawless skin is simple: stay out of direct sunlight, use lightweight skincare products and record videos with great selfie-lighting — a trick she learned while working as a photo editor in California.

Before becoming a member of the Episcopalian Church and taking a vow of celibacy in the late ‘90s, she was living in Hollywood, working behind the scenes in the movie industry and was locked in a ill-fated marriage to a devout atheist.

“I’d moved from New York to Los Angeles and I met my first boyfriend who I ended up marrying after five years of dating,” said the Sister, who studied theatre at NYU and struggled as an aspiring Broadway actress before relocating to California.

“He was a fanatical atheist and I was a closeted believer,” she said of her husband. “I hid my faith from him because I’d always been told that men don’t like girls that are too ‘churchy.’”

But just before the turn of the century, Sister Monica discovered her husband had been cheating on her “a lot.” She mournfully filed for divorce.

“By 1999 I was in a dead end job at a movie ad agency, I was ending my marriage and it just felt like my whole world was crumbling,” she said. “But there I felt that there was this calling on my life to reestablish my connection with God.”

After researching the more liberal statutes of the Episcopalian Church, Sister Monica converted and became a nun —  a process that took over a decade because she had to pay off her more than $100,000 credit card and student loan debt before joining the convent.

But in 2012, her arrears were cleared and she moved to New Jersey where she’s now a nun, and a viral TikTok star, at the Community of St. John Baptist church.

“I can’t believe I’ve gotten this much attention online, especially at my age,” Sister Monica said. “When I was in my 20s trying to get famous as an actress, I couldn’t even get arrested.”

And thanks to the allure of her incandescent look, the Sister is grateful that folks on TikTok are getting a more friendly view of nuns and the church.

“Nuns have great senses of humor and we’re funny, loving and beautiful people just like you.”