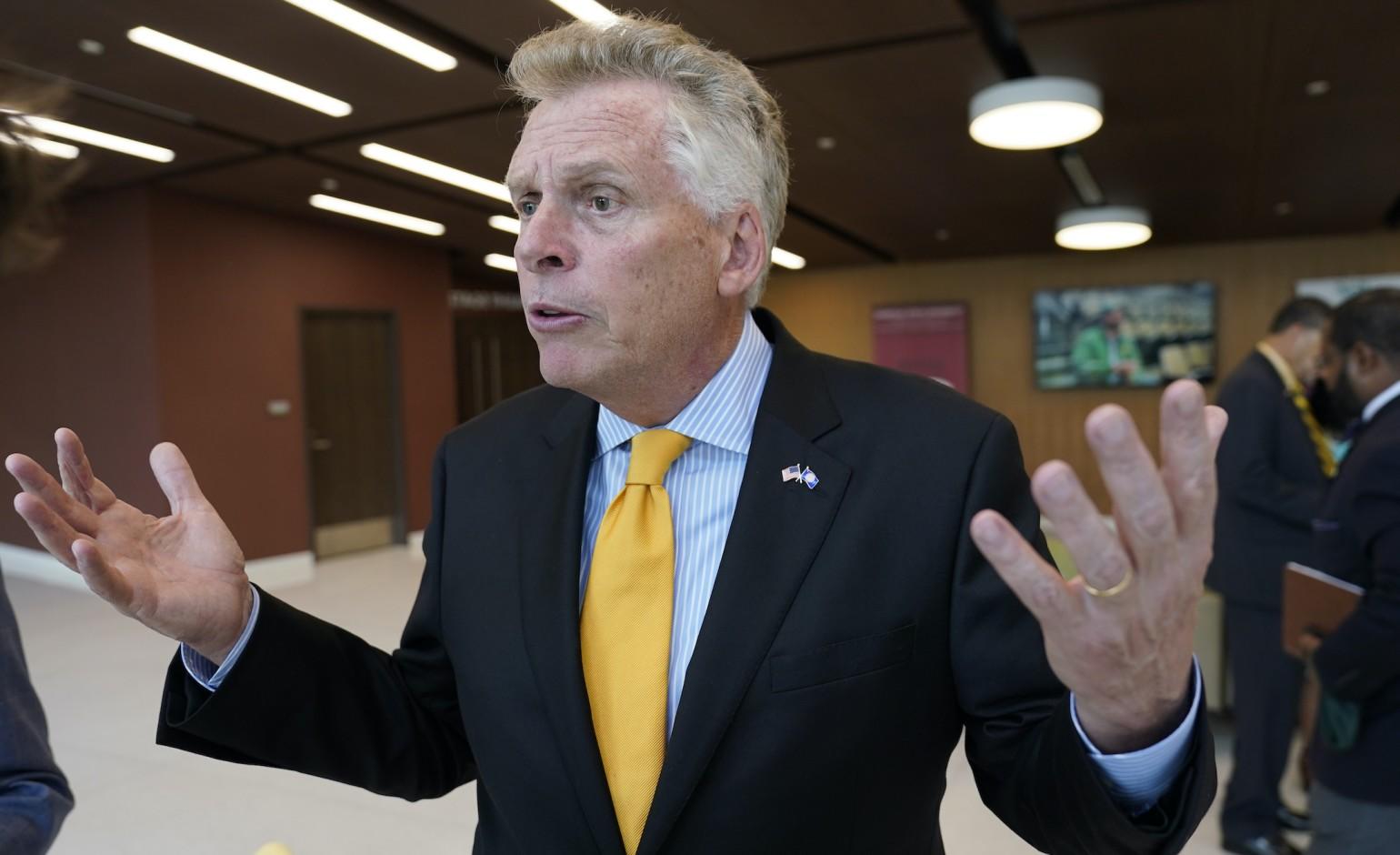 Former Democratic Virginia Gov. Terry McAuliffe has a 5-point lead over Republican nominee Glenn Youngkin as he aims for a second, non-consecutive term as governor of Virginia, according to the latest poll testing the race.

A Conservatives for Clean Energy survey conducted by co/efficient found McAuliffe with 45% support and Youngkin, a first-time candidate and former co-CEO of the Carlyle Group investment firm, with 40%. Libertarian candidate Princess Blanding had 2% support, and 13% were undecided.

The poll surveyed 762 likely general election voters from July 25-27 by mobile text response and automated landline interviews and has a margin of error of 3.55%.

Election Day for Virginia races is on Nov. 2.

Despite holding the lead, a worrying sign for McAuliffe could be how the voters in the poll feel about President Joe Biden. Virginia’s off-year election schedule often makes the gubernatorial race a test of how voters feel about the party who holds the White House and a preview of what might come in the midterm elections.

Biden had 47% approval among likely Virginia voters, and 46% disapproved, while 8% were unsure.

And voters do not approve of the direction of the state, according to the polls. While 35% of voters said things in Virginia are headed in the right direction, 47% said things have gone off the wrong track. That’s another downside for McAuliffe, who is hoping to cement Democratic control of the state. Republicans have not won a statewide race in the state since 2009.

When it comes to energy issues, the poll found the majority support for more solar projects in the state and allowing landowners to build solar projects on their land.

“In a time when voters remain polarized along ideological lines, we are encouraged to see broad support for renewables like solar energy across the commonwealth,” Ron Butler, Virginia state director of Conservatives for Clean Energy, said in a statement. “It is clear that Virginians support the continued development of clean energy Virginia, and we are proud to be a part of this movement.”

McAuliffe had about the same lead as he had in a different online and mobile survey from Spry Strategies at the beginning of the month, from July 6-9, when he polled at 46% to Youngkin’s 41% among 600 likely voters.

A Trafalgar Group poll that combined live callers and digital methods from around the same time, from Jul. 8-10, found McAuliffe with a slimmer lead of just 2%, with 47% support and 45% for Youngkin.