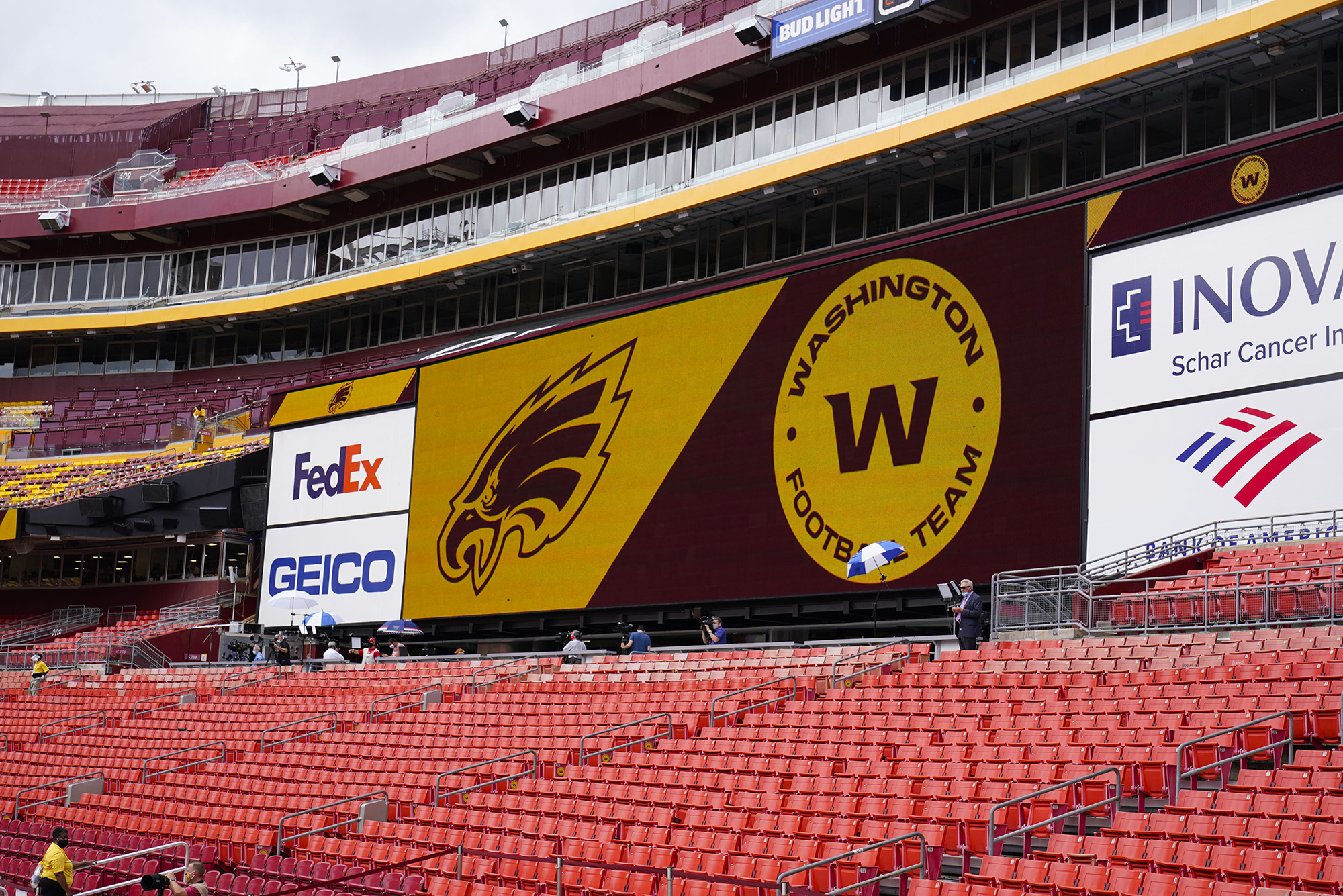 Keep the guesses coming on the next name for the Washington Football Team.

Team president Jason Wright told The Washington Post that a new name and logo will be revealed early in 2022, confirming that the “Football Team” will continue for a second year of existence. The burgundy and gold color scheme synonymous with the franchise will remain in place.

The eventual name change was announced before the 2020 season — after years of outrage about the disparaging slang term for Native Americans. Finding a new moniker has been a slow process that was pushed to the public backburner as Washington dealt with a litany of other organizational issues, most prominently the investigation into a toxic culture that included sexual misconduct allegations raised by female employees. The NFL levied a $10 million fine and team owner Daniel Snyder handed over day-to-day operational control to his wife Tanya on his own accord.

Washington hired the digital creative agency Code and Theory to lead a wide-scale rebranding. They have received more than 40,000 submissions from fans, according to the report.

Wright also told The Washington Post that he expects the team to move into a new stadium by 2027. It is not known whether the new stadium will be in Washington proper, or in the Maryland or Virginia suburbs. FedEx Field in Landover, Md., which opened in 1997, is generally considered one of the most rundown venues in the NFL.

Washington ranked at or near the bottom of the NFL in attendance for most of the last decade despite winning three NFC East division titles in that span.