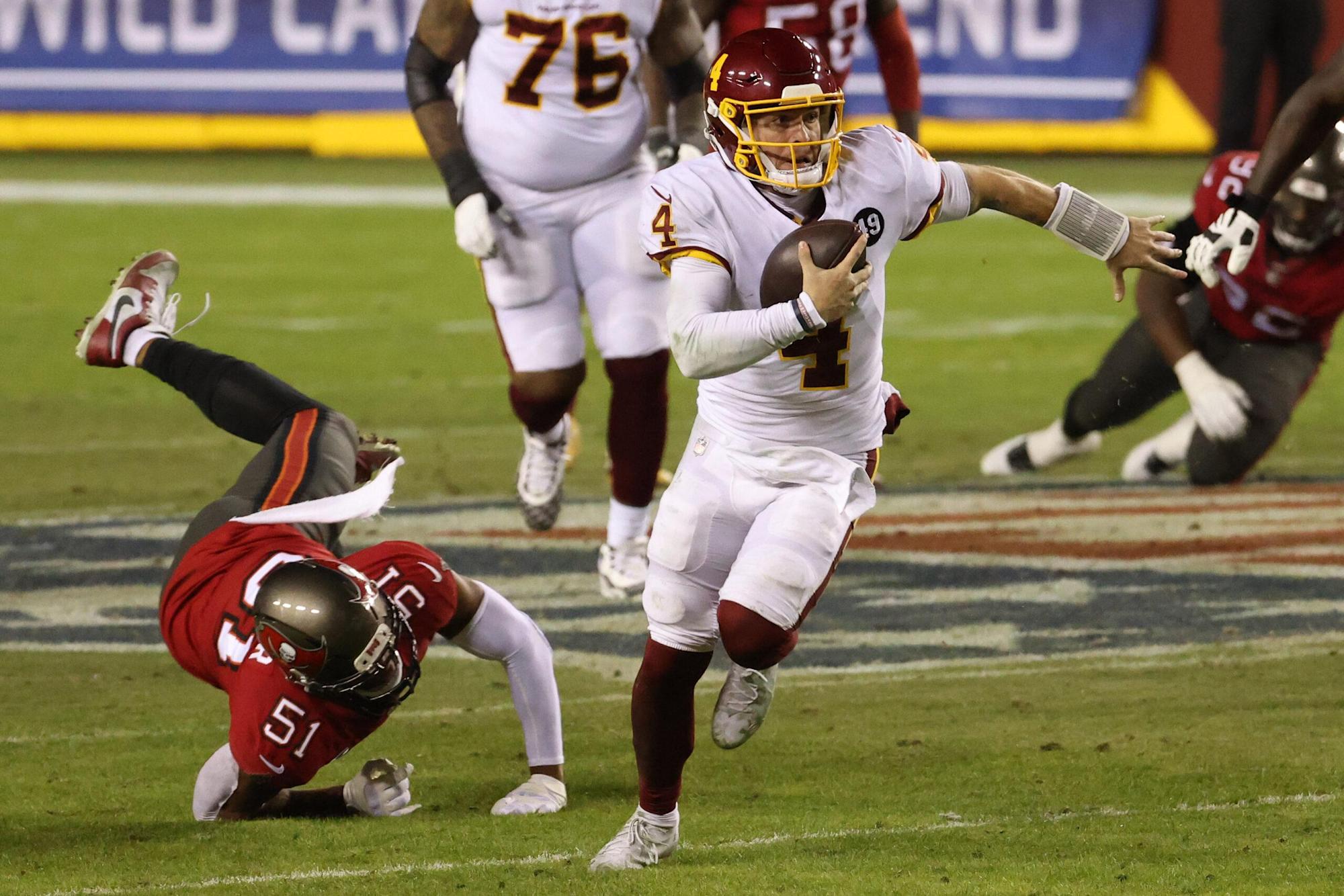 New England led 6-0 until late in the second quarter when Peyton Barber punches the ball in from one yard out to tie the game. Kicker Dustin Hopkins added the extra point to give the WFT the lead.

Taylor Heinicke took over under center for Washington and kept several plays alive with his legs. He completed nine of 15 passes for 86 yards in the first half.

Undrafted rookie running back, Jaret Patterson had two nice plays in the second quarter for the Football Team. He made an outstanding catch to set up Washington’s touchdown. It was certainly a good half of action for Patterson.

The play of the half for Washington was Chase Young’s sack of Cam Newton.

New England rookie quarterback Mac Jones played most of the first half for the Patriots and looked good.

It will be interesting to see how much Heinicke plays in the second half.