Conor McGregor’s coach John Kavanagh caught up with ESPN MMA’s Brett Okamoto after the UFC 264 press conference. Although it was a short interview, they discussed multiple topics pertaining to the former champ-champ.

One of the questions by Brett Okamoto was about how the lack of spouses had impacted the fight camp. Conor McGregor and his team bid adieu to their better halves to prepare for his fight at UFC 264. McGregor’s coach John Kavanagh stated that it had been a very different mindset and experience, considering the only thing on everyone’s mind was to fight, train, and win.

John Kavanagh stated that a room full of men who are only obsessing over fighting is a very dangerous group of people. The Straight Blast Gym coach joked about how they spent years trying to civilize Conor McGregor and have now turned him back into a caveman. Kavanagh said:

“We all came out here without our significant others. In the build-up for the last one we all had our families there and we trained as hard as we could, but I do think it’s a little bit different when you decide to go away for months on end with nobody around except a bunch of men that try to bash each other in the gym, everyday, all day.”

“… It’s been brutal in parts and… I kind of joke saying we spent years trying to civilize him and then the last couple of months we’ve turned him back into a caveman.”

John Kavanagh claimed a stark difference between the atmosphere surrounding the preparations for the previous fight at UFC 257 and the upcoming one at UFC 264.

If coach Kavanagh is to be believed, we will see a much more deadly and dangerous version of Conor McGregor in the main event of UFC 264.

Watch the interview below: 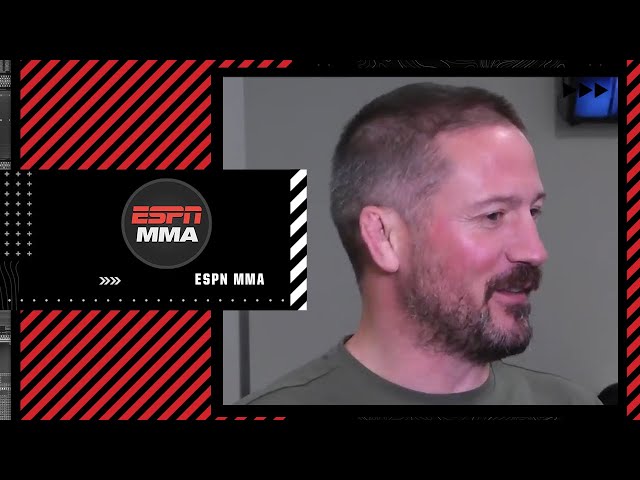 Conor McGregor was clear about not having family around this time

Well before he began his fight camp for UFC 264, Conor McGregor had stated that he wasn’t going to have his family in the arena for the trilogy fight with Dustin Poirier. Additionally, it appears the Irishman and his whole team have asked their spouses to stay home while they prepare for Dustin Poirier.

It’s understandable that Conor McGregor’s fiancee Dee Devlin is at home, considering she recently gave birth to their third child. It will definitely impact the man and his fight camp not to have any family or other distractions around.

The trilogy fight with Dustin Poirier is arguably the biggest fight of Conor McGregor’s career at the moment. It will determine his place in the UFC’s lightweight division and establish if he really does have a future left in MMA.