A hyperbaric chamber is a pressurized chamber in which MMA fighters and other athletes inhale 100 percent oxygen in a therapy known as hyperbaric oxygen therapy, or HBOT.

Hyperbaric oxygen therapy is a type of treatment used to speed up healing of stubborn wounds and other things such as carbon monoxide poisoning, gangrene, and infections in which tissues are starved for oxygen.

Hyperbaric chambers allow the body to get the oxygen it needs to create ATP for energy and flush out the lactic acid that causes muscle fatigue.

The hyperbaric chamber isn’t just for healing anymore. In fact, many MMA fighters use it as a routine procedure to recover from the trauma of fighting even during training.

Fighters including T.J. Dillashaw, Urijah Faber, Cain Velasquez and many more have been seen using the new technology to recover from post-fight injuries and increase performance.

In hyperbaric therapy, as the gas is pure oxygen, the liquid is your own bloodstream. Breathing oxygen in a high-pressure environment increases the blood’s ability to carry oxygen and improves blood flow to the muscles and organs.

Check out the ‘BMF’ Jorge Masvidal using a hyperbaric chamber: 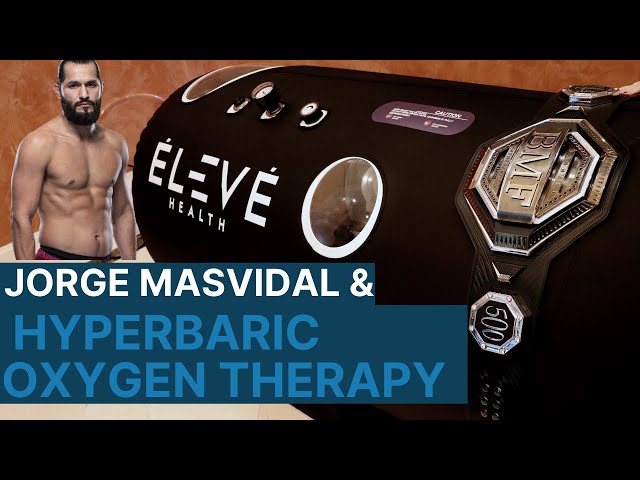 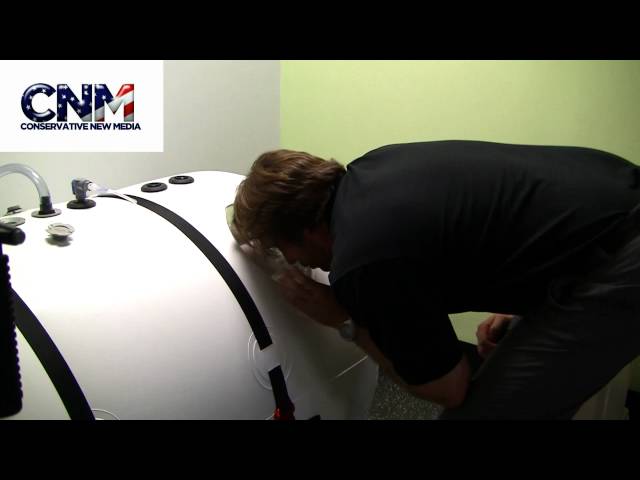 There are clear and well-documented benefits from HBO therapy when it comes to treating decompression sickness (more commonly referred to as the ‘bends’, a common scuba-related injury) and serious burns and wound infections. But how does it help the fighters?

Researchers conducted a study a few years ago on a group of eleven jiu-jitsu fighters and found that HBO therapy and the use of hyperbaric chambers certainly benefitted the subjects by increasing their body’s capacity to absorb oxygen and recover better.

In an episode of UFC 177 Embedded, former bantamweight champion T.J. Dillashaw can be seen taking advantage of the HBO therapy. The video came ahead of the event when Dillashaw secured a TKO victory over Jose Soto back in 2014. 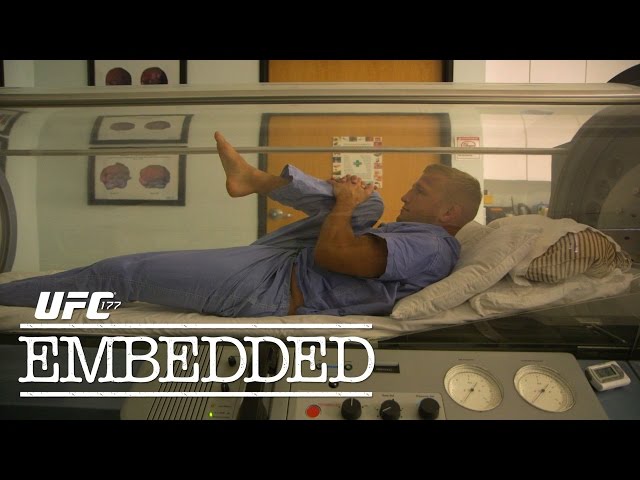