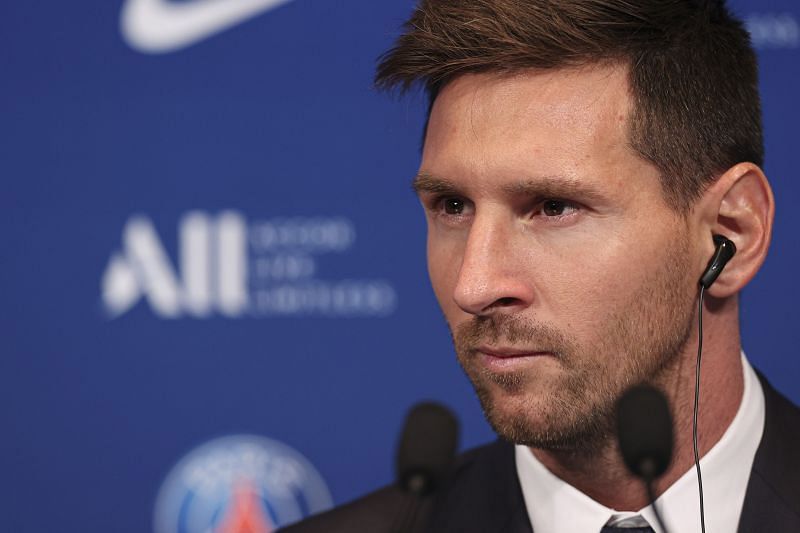 Lionel Messi’s decision to take No.30 at PSG is one that has intrigued most football fans and pundits. The Argentine wore the No.10 jersey at Barcelona for the majority of his seventeen seasons as a professional footballer at the Camp Nou.

Messi was expected to take the No.10 jersey at PSG, which is currently in the possession of his close friend and former Barcelona teammate Neymar. The 34-year-old, however, decided to take No.30 as it was his first-ever jersey at Barcelona.

The six-time Ballon d’Or winner rose through the youth ranks at Barcelona before making his senior debut for the club at the age of just 16. He was handed the No.30 jersey during the 2004-05 season.

Lionel Messi was handed a new contract prior to the 2005-06 season, as he was viewed as the club’s future by Barcelona’s hierarchy. Barcelona legend Ronaldinho, who was the club’s talisman at the time, had reportedly informed teammates that Messi would become his successor at Barcelona. The Brazilian is rumored to have said that Messi would develop into a better footballer than him as well.

The Argentine forward wore the No.19 jersey for a couple of seasons until he received the No.10 jersey after Ronaldinho’s exit from the club. Lionel Messi would go on to become one of the most iconic No.10’s of all time. He went on to score 672 goals in 778 appearances for Barcelona and guided the club to 35 trophies.

Brazilian forward Neymar was reportedly willing to give the No.10 jersey to Messi upon his arrival in the French capital. But the Argentina star rejected the offer as he decided to take the No.30 jersey due to its sentimental value.

Lionel Messi was desperate to stay at Barcelona this summer. He was reportedly willing to take a 50% wage cut to help the club register his contract in time for the start of next season. Barcelona’s dire financial situation, however, forced the club to part ways with the Argentina star this summer.

PSG have enjoyed a historic summer transfer window thus far during which they have signed some of the best footballers on the planet. The French giants have signed Lionel Messi, Sergio Ramos, Gianluigi Donnarumma and Georginio Wijnaldum on free transfers this summer.

PSG will therefore be expected to cruise to the Ligue 1 title and possibly the Champions League title this season.