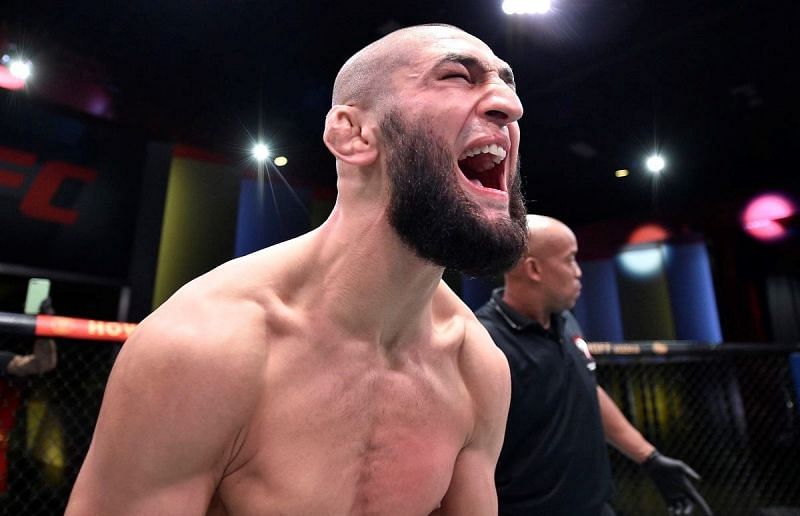 Khamzat Chimaev is set to return to the octagon at UFC 267 on October 30. The Chechen fighter will face welterweight Li Jingliang, who is currently ranked No.12 in the division.

Chimaev’s return will be off the back of a year-long hiatus, which began after he obliterated middleweight Gerald Meerschaert at UFC Vegas 11 in September last year. The onset of the Russian-born Swede’s layoff was due to a COVID-19 infection, which progressively turned into a massive health scare.

According to his former manager Ali Abdelaziz, Chimaev’s physical condition was rapidly deteriorating due to the lingering effects of the virus. He was forced to withdraw from multiple bouts and at one point even considered retiring from MMA altogether.

Khamzat Chimaev’s Instagram post clearly indicated that he was hanging up his gloves. However, UFC president Dana White refuted the fact that the 27-year-old was retiring from MMA.

White told the media in March that Chimaev wrote the post under emotional distress.White said that Chimaev will undoubtedly return in 2021.

“He’s not supposed to be training, but you know, this guy’s a savage. He wants to fight like every f*cking weekend, and now he can’t even train, so he just got emotional and posted that, but he ain’t quitting,” said Dana White.

True to his word, Dana White summoned ‘Borz’ out of contemplating retirement. At UFC 267, Khamzat Chimaev will get his chance to capitalize on the immense momentum he gained last year.

Who is Li Jingliang, Khamzat Chimaev’s next opponent?

Li Jingliang is a surging weltweight who was last seen inside the octagon at UFC Fight Island 7. The Chinese fighter faced the returning Santiago Ponzinibbio and decimated the Argentine in the very first round.

Check out Jingliang’s impressive finish below:

‘The Leech’ holds an impressive professional record of 18 wins and 6 losses. The 33-year-old has had no losses via KO/TKO in his UFC career so far.

Khamzat Chimaev will undoubtedly need to be on his A-game at UFC 267 when he locks horns with his Chinese rival in Abu Dhabi.

Who do you think will take home the win come October 30? Khamzat Chimaev or Li Jingliang? Sound off in the comments below!