12 Dota 2 pro teams have already been invited to The International this year.

The remaining six slots will be the prize won through the ongoing regional qualifiers as two of them are already over.

After a near-chaotic series of roster shuffles, Team Spirit beat out Team Empire 3-2 for the CIS regional slot. Meanwhile in the South American region, SG esports will go on to become the first all-Brazilian team to find their way into The Internationals.

Starting June 30th, the SEA region’s champion will be selected this week through the upcoming qualifier.

The state of competitive Dota 2 in SEA

SEA accounts for a lion’s share of the total Dota 2 player base. As such, it is an incredibly competitive region, and its do-or-die ethos even seeps into lower bracket pubs. It is no surprise that there is a plethora of great Dota 2 teams.

The upcoming SEA regional qualifiers will be a bloodbath of back-and-forth Dota 2 with the current pro scene in South-East Asia showcasing numerous battle-hardened stacks of top regional talent in both the upper and lower brackets.

This is in stark contrast to the NA region, where the series is likely a toss-up between Team Undying and 4 Zoomers.

Which team is most likely to come out on top?

Going purely by the latest performance trends, TNC Predator’s victory seems almost obvious. The team currently holds the highest DPC points after T1, the only team from SEA to secure a direct TI invitation this year.

Kim ‘Gabbi’ Villafuerte and ‘Armel’ Paul Tabios have proven to be arguably the best safelane duo in SEA. That said, they are still far from the top Dota 2 teams on the scene.

At their best, they have shown great promise in beating an otherwise strong Team Nigma in the WePlay AniMajor group stage. But a pro Dota 2 team must rely on consistency instead of surprise upsets, something which TNC Predator is struggling to find.

Many connect their current shrunken stature to swapping out Damien ‘kpii’ Chok and Kim ‘Febby’ Young Min for local Filipino talent, possibly due to ping issues. 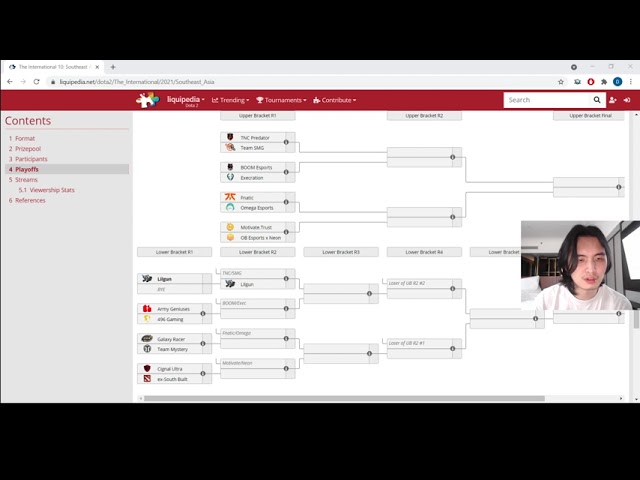 To heighten the anxiety of TNC Predator supporters, they will be pitted against heavyweights like Execration and Fnatic. TNC Predator’s new coach Chai ‘Mushi’ Yee Fung might be the solution to iron out offlaner Jun ‘Bok’ Kanehara’s inconsistent performances.

Outside the veteran team camp, the dark horse in this Dota 2 race is Team SMG. Along with Motivade.Trust Gaming, they are the new talents on the SEA scene this year.

They swept the floor in the SEA lower brackets with ex-OG talent Yeik ‘MidOne’ Zheng, and now they have ex-Fnatic midlaner Kam ‘Moon’ Seng to take them further.