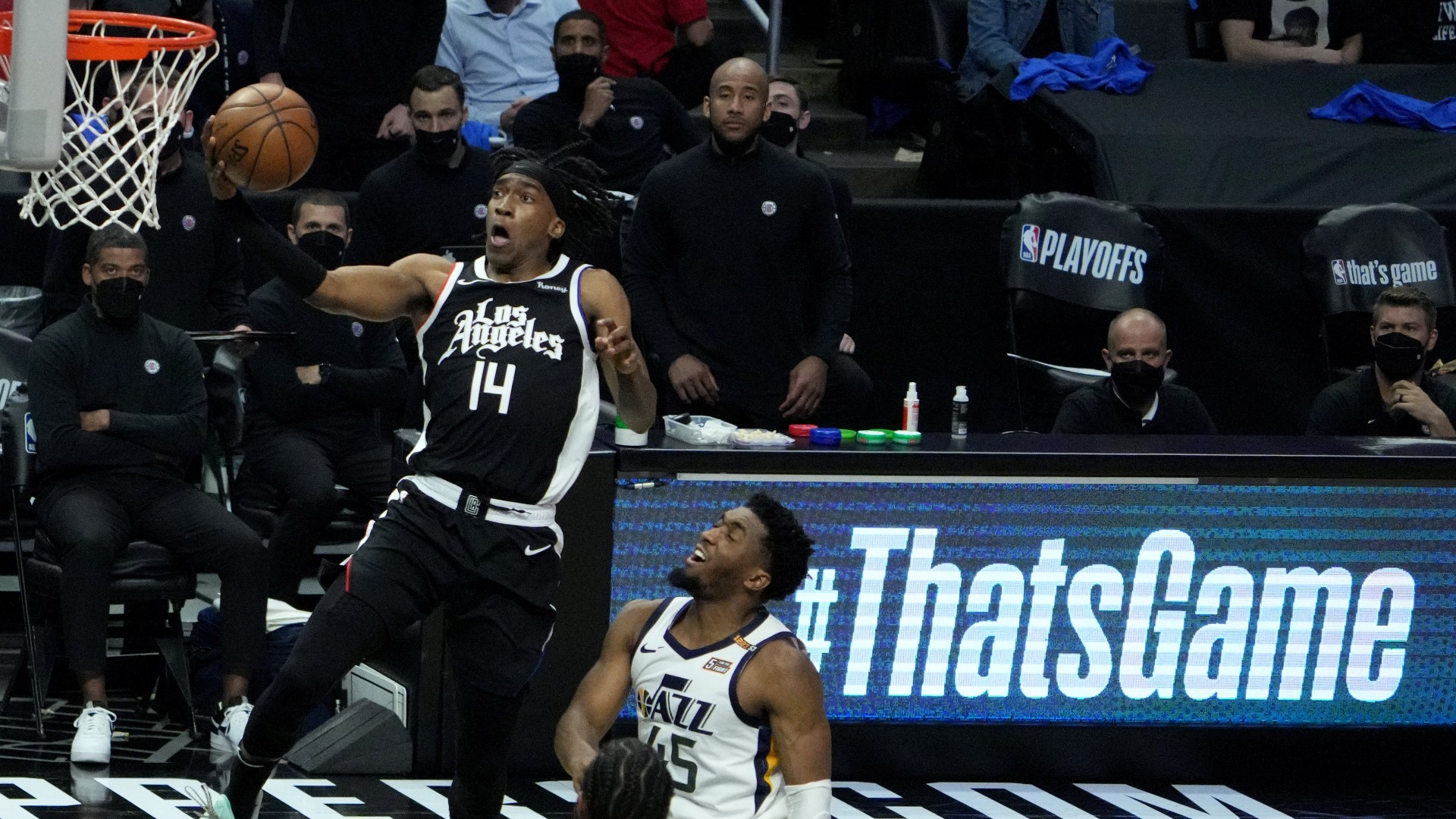 The Clippers’ leading scorer was . . . who? That’s the question a lot of casual basketball fans will be asking after staring at the Game 6 box score.

In Los Angeles’ wild 131-119 win over Utah on Friday night, which closed out the series and sent LA to the Western Conference finals for the first time in franchise history, Terance Mann exploded for a career-high 39 points to lead the Clippers to victory. The 24-year-old guard shot a ridiculously efficient 15 of 21 from the field and 7 of 10 from 3-point range in just his second start of the 2021 NBA playoffs.

Mann, who filled Kawhi Leonard’s slot in the starting lineup for Games 5 and 6 after the two-time Finals MVP went down with a knee injury, sparked the largest comeback in a series-clinching win over the last 25 seasons, per ESPN Stats and Info. The Clippers trailed by 25 points early in the third quarter but went on to outscore the Jazz 81-47 in the second half.

So where did this postseason savior come from? Here’s everything you need to know about Mann and his incredible performance.

Who is Terance Mann?

Mann was born in Brooklyn, N.Y., but he grew up in Lowell, Mass., and emerged as a basketball star for the Tilton School in New Hampshire. He averaged 23.1 points and 7.8 rebounds per game during his senior year and signed with Florida State as a four-star recruit.

In a March 2019 analysis of his NBA potential, The Athletic’s Sam Vecenie noted that Mann’s game seemed “tailor made to be a role player at the next level.”

He’s just extremely smart on the floor, and plays with a toughness that sees him embrace physicality in Florida State’s physical defensive scheme. His feel for the game is terrific, and plays on both ends of the floor. . . . The key question for the New England native will be the jump shot. He’s made shots this season and done significant work on his mechanics. But there is still room to grow in his confidence level in the shot.

He doesn’t take as many 3s as you’d like to see within the flow of the offense, and it sometimes shuts down their flow. He also could stand to quicken the shot’s release, given how quickly shooting angles close down at the next level. That’s ultimately going to be swing skill for Mann’s NBA career. Given that he has a reputation as a tremendous kid and a hard worker, I’m willing to bet on him figuring it out and establishing himself as a useful bench player.

How did the Clippers acquire Terance Mann?

The Clippers selected Mann with the No. 48 pick in the 2019 NBA Draft. Los Angeles consultant Jerry West was always high on Mann, and he believed the Florida State standout would be playing “a lot” for the team by the end of the season.

Vegas, 2019 Summer League. This dude keeps raving about the Clippers’ second-round pick, Terrence Mann. Will not shut up about him. Will not. Says he’s going to be a really, REALLY good player. And I’m like, ‘okay, Jerry West; I believe you.’

Terance Mann’s Game 6, by the numbers

What they’re saying about Terance Mann