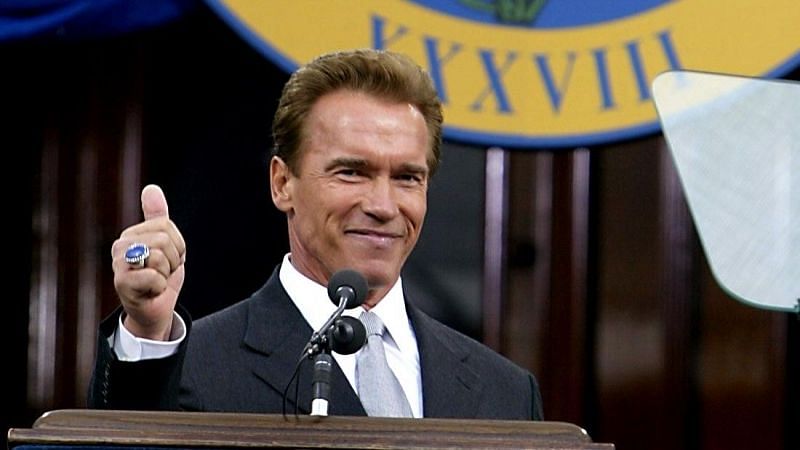 While speaking to CNN’s Alexander Vindman and Bianna Golodryga, the enraged actor and politician said:

“Screw your freedom. Because with freedom comes obligations and responsibilities. We cannot just say, ‘I have the right to do X, Y and Z.’ When you affect other people, that is when it gets serious.”

Arnold Schwarzenegger also mentioned that anti-maskers are putting other people’s lives at risk through their own actions:

“You cannot go not put the mask on because when you breathe, you can infect someone else. And you can infect someone that then gets sick and may die. Yeah, you have the freedom to wear no mask. But you know something, you’re a schmuck for not wearing a mask because you’re supposed to protect the fellow members around you.” 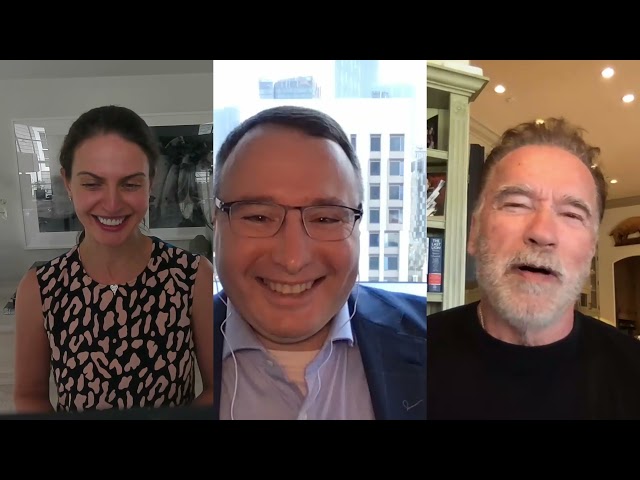 Following the TV appearance, Schwarzenegger’s “screw your freedom” remark became a topic of discussion on social media. The comments also prompted many users to question his father’s association with the Nazis.

Since the beginning of the pandemic, the former Governor of California has been vocal about social distancing and other COVID-19 measures.

The 74-year-old recently made headlines after his strong plea requesting people to get vaccinated against the virus surfaced online.

Arnold Schwarzenegger has always been open about the struggles he faced as a child. He reportedly grew up in Austria in the shadows of a strict and abusive father. “The Predator” star has reportedly been estranged from his father ever since he moved to America.

Gustav Schwarzenegger was an Austrian police chief, military police officer, and postal inspector. He was a part of the Austrian Army from 1930-1937. He reportedly served in Russia, Poland, Ukraine, France, Belgium, and Lithuania.

Around 1990, rumors about Gustav Schwarzenegger’s links to the Nazi army surfaced online. In response, Arnold Schwarzenegger requested the Simon Wiesenthal Center to investigate his father’s past.

Reports from the investigation suggested that Gustav Schwarzenegger voluntarily applied to be a part of the Nazi Party. According to the Los Angeles Times, a separate report by the Austrian State Archives revealed that Gustav was deeply invested in Hitler’s regime.

As per the reports, he was also a member of the Nazi paramilitary wing, Sturmabteilung, otherwise known as the “brownshirts” or “stormtroopers.”

Gustav Schwarzenegger married Aurelia “Reli” Jadrny in 1945. The duo share two children, Meinhard and Arnold. In a revealing public statement, the latter talked about suffering from domestic abuse and violence at the hands of his father.

Arnold Schwarzenegger also revealed that his father suffered from anger issues. Gustav passed away due to a cardiac arrest on December 13, 1972, in Austria.

Arnold Schwarzenegger has been estranged from his father since his formative years. The actor was also oblivious about his father’s involvement with the Nazis until the Wiesenthal Center investigation.

Once the investigation findings became public, the Republican politician expressed shame and remorse about his father’s actions. However, Gustav Schwarzenegger’s association with the Nazis became a trending topic after Arnold remarked on anti-maskers.

The viral “screw your freedom” statement left the internet divided about their opinion on the “Commando” star. While some expressed their disappointment, others came to the former bodybuilder’s defense:

There are people bringing up Arnold Schwarzenegger’s father being a Nazi, like it’s some kind of own, as if that isn’t something he’s spoken about at length.

Nice to see his dad Gustav Schwarzenegger’s spirit is alive and well in him. https://t.co/bneu1LBunh

But the sins of the father must not be visited upon the offspring.

My own father was also a far-right megalomaniac. Very authoritarian, blinkered, naively supporting all kinds of stupid, ill-conceived ideas. Nothing like me.https://t.co/1lXGoc8foB https://t.co/vdZZRzxeeo

Arnold should be terminated 👉👈

Arnold Schwarzenegger is 74 and will kick your ass.

All the people applauding @Schwarzenegger for saying “Screw Your Freedom” don’t forget who he was.

His father’s character and background is irrelevant. But yes, I disagree with Arnold’s judgement on this issue.

Meanwhile, the actor-politician has already made sure to clarify his own words immediately after the comment:

“I don’t want to villainize anyone here but I just wanted to tell everyone, let’s work together and let’s stop fighting because there is a virus, and it’s better to get vaccinated [and] to wear a mask.”

As a plethora of contradictory reactions continue to pour in online, it remains to be seen whether Arnold Schwarzenegger will publicly address the comments again.

Also Read: The transphobic, anti-mask, and Holocaust tweets that led to Gina Carano getting fired from Disney’s The Mandalorian