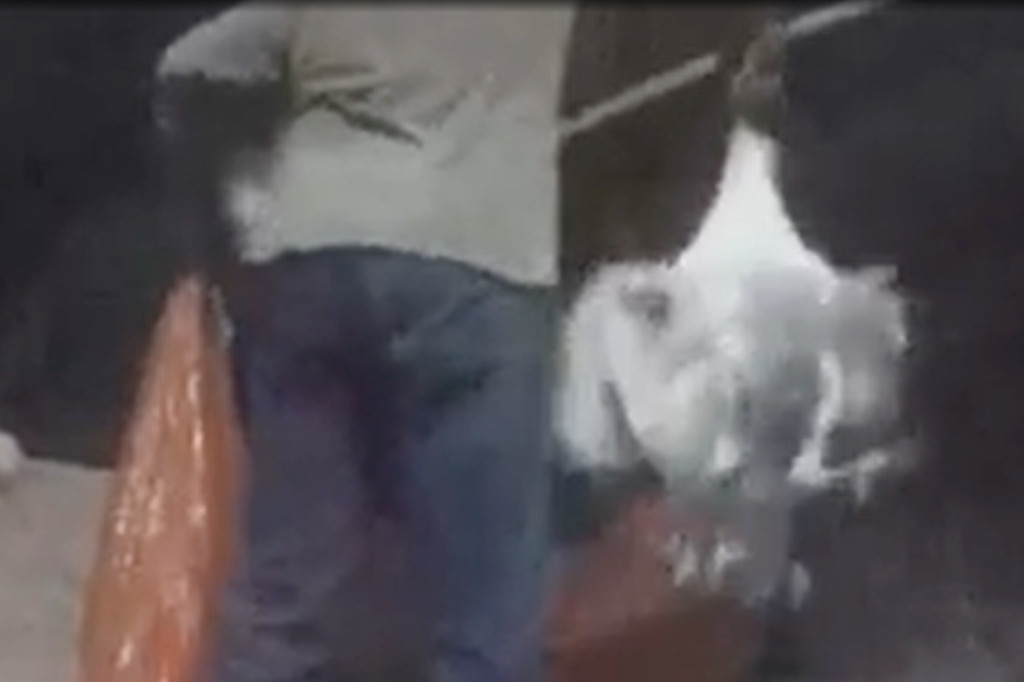 An undercover PETA investigation revealed workers at “humane” Pennsylvania turkey farms that supply to grocers like Whole Foods and Publix treated the birds with “abject cruelty” by kicking, punching and stomping on them.

PETA’s probe of Plainville Farms was reported to the Pennsylvania State Police, which told The Post Thursday their animal cruelty office is “currently reviewing the information” provided by the animal advocacy group.

“[The worker] then drops her on the floor, kicks her and then leaves her to die.”

The grainy footage shows workers picking the hefty birds up by their necks, or by a single wing, and throwing them across the room, at each other and at other turkeys “like it’s a game,” PETA said.

“Every night at every farm the crew worked at, the investigator saw catchers repeatedly and viciously kick and stomp on dozens of turkeys, many of them sick, injured, weak or even too lame to stand up,” PETA states in the video.

“Dead and dying turkeys can be seen every night on every farm. They receive no treatment for illness or injury but instead are left to die slowly and in pain.”

PETA said one crew position is even called “kick” — and the worker’s main job is to “give turkeys a boot when they don’t move,” the group said.

“Instead of trying to stop this abuse, one supervisor himself kicked turkeys and repeatedly encouraged workers to abuse birds,” PETA said.

“He and other workers berated PETA’s investigator for not kicking birds and instead picking them up and calmly herding them, even saying he should ‘get a new job’ since he wouldn’t do things the ‘right’ way by abusing animals.”

PETA’s investigator reported seeing a worker holding a garbage bag open “like a basketball hoop to toss the birds into” and workers trying and failing to break the birds’ necks and then “tossing them aside or dropping them to the floor,” the group said.

“Still alive, the turkeys convulsed and were left to die in intense pain.”

Following their investigation, PETA said they submitted a complaint with the PSP’s animal cruelty office, which is currently reviewing evidence from the group’s probe, a PSP spokesperson said.

Plainville Farms boasts on their website that “humane treatment is the heart of our business” and they “work every day to promote the wellness of our flocks and animals, raising them in a stress-free environment where they never know hunger.”

“The barns are temperatures [sic] controlled and provide plenty of room to roam, ensuring that the birds are raised comfortably,” Plainville Farms states on their website under their “animal welfare” tab.

“We do everything we can to ensure our flocks are comfortable, whether they’re at the family farm or in transport. We raise our flocks on family farms in a stress-free environment and maintain the same level of care during their stress-free transportation.”

Plainville Farms is also “certified” by the Global Animal Partnership, one of the largest animal welfare food labeling programs in North America, which was created in 2008 by the CEO of Whole Foods Market, John Mackey.

If store-bought meat is certified by GAP, consumers are promised the animals are raised “in a safe enriched environment,” among other wellness factors like a healthy, vegetarian diet and space to move around.

“Every turkey sandwich represents the pain and fear of a gentle bird who wasn’t shown any kindness in his or her short, sad life,” PETA Executive Vice President Tracy Reiman said in a statement.

PETA is asking the president of Plainville Farms, Tom Donovan, to “terminate the abusive workers” and for GAP to “drastically change its certification program by prohibiting labeling designed to deceive customers.”

In response, GAP said they “condemn the unacceptable actions in this video in the strongest terms.”

“Treating any animals this way is appalling, and goes against everything we stand for. We have contacted our third party certifier to immediately conduct a thorough investigation,” the group said.

PETA is also calling on Whole Food, Harris Teeter and Publix to “investigate its suppliers and highlight its many vegan options.”