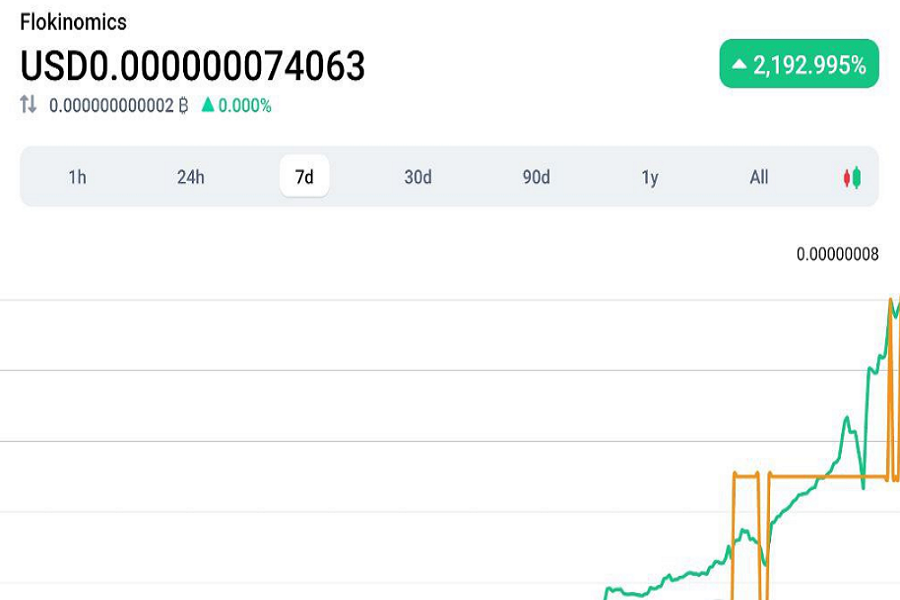 Flokinomics, the cryptocurrency named after Elon Musk’s Dog, Floki, saw a surge of 2400% in its value. It was introduced in the market last Sunday and had reached mere millionth decimal dollars by Wednesday. It is believable but its value jumped to 0.000002254 dollars in just 24 hours.

Floki is a Shiba Inu just like doge that’s the mascot of another cryptocurrency Dogecoin, the meme cryptocurrency which was promoted by Elon Musk earlier this year.

Due to him, it surged from 0.06 dollars to 0.74 dollars in a month and then crashed after he joked about it on the television show, Saturday Night Live. Right now its value is around 0.26 dollars. He promoted another cryptocurrency named Baby Doge and its value doubled.

Although Floki hasn’t been promoted by Elon Musk, it hasn’t stopped people from buying and selling it. His fans are trying to get a shoutout for the cryptocurrency that might help to get its value to climb as the Doge and Babydoge.

However, some people are conscious as an investor because of Elon Musk’s habit of illogically sending the value of these currencies up and down. Just one tweet from his Twitter handle can increase or decrease the value, thus giving Elon Musk the control to manipulate the market according to his will.

Although another group of people is very happy as they are making a lot of money. A majority of them took to Twitter to convey their happiness and concern.

The market of cryptocurrency is known to be volatile. Their value changes every minute. If it is bought and sold at the right moment, a person can make a lot of money on it. Sometimes people need to be calm as it can surge at any time.

Stay in touch for more updates!!