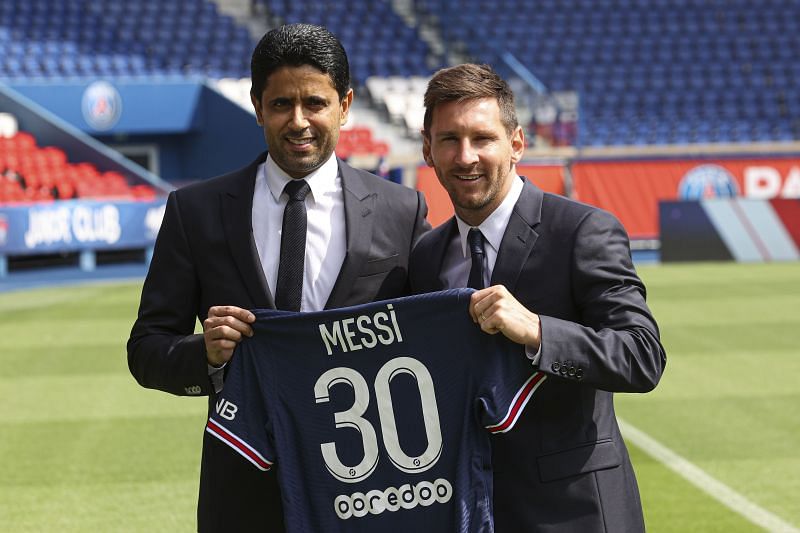 Lionel Messi is officially a PSG player and the whole footballing world is waiting with bated breath to watch the Argentine’s debut in Ligue 1. PSG are taking on Strasbourg on Saturday night and although Messi himself is eager to get into the thick of things, it is highly unlikely that we will see the 6-time Ballon d’Or winner start the Ligue 1 fixture on Saturday.

In yesterday’s press conference, Lionel Messi explained that he is eager to start training with his new teammates at PSG. Messi said:

“Everyone knows that my exit from Barcelona was very hard, but I’m very happy to come here and can’t wait to start training and join my team-mates.”

Lionel Messi is coming off the back of an extremely grueling season. Not only was he the main man at Barcelona, the Argentine also played a starring role in La Albiceleste’s historic Copa America 2021 triumph.

Due to Messi’s exertions in the summer, the Argentine was given an extended break and has not yet started pre-season training. However, with Lionel Messi himself eager to play we could see Mauricio Pochettino include Messi on the bench for the fixture against Strasbourg on Saturday.

Lionel Messi, Neymar and Kylian Mbappe could form a deadly attacking trio for PSG this season

Lionel Messi, Neymar and Kylian Mbappe are among 3 of the best players in the world and PSG fans will be salivating at the prospect of them linking up together. Messi and Neymar had of course linked up during their time at Barcelona, forming the famed ‘MSN’ trio along with Luis Suarez.

It will be interesting to see if the ‘MNM’ trio of Messi, Neymar and Mbappe will have a similar impact this season. While Kylian Mbappe has already got his Ligue 1 campaign up and running last weekend, Neymar is yet to make an appearance.

We could see both Neymar and Lionel Messi on the bench against Strasbourg on Saturday. However, it will most likely be another week before we see the trio of Messi, Neymar and Mbappe terrorizing opposition defenses from the start in Ligue 1.