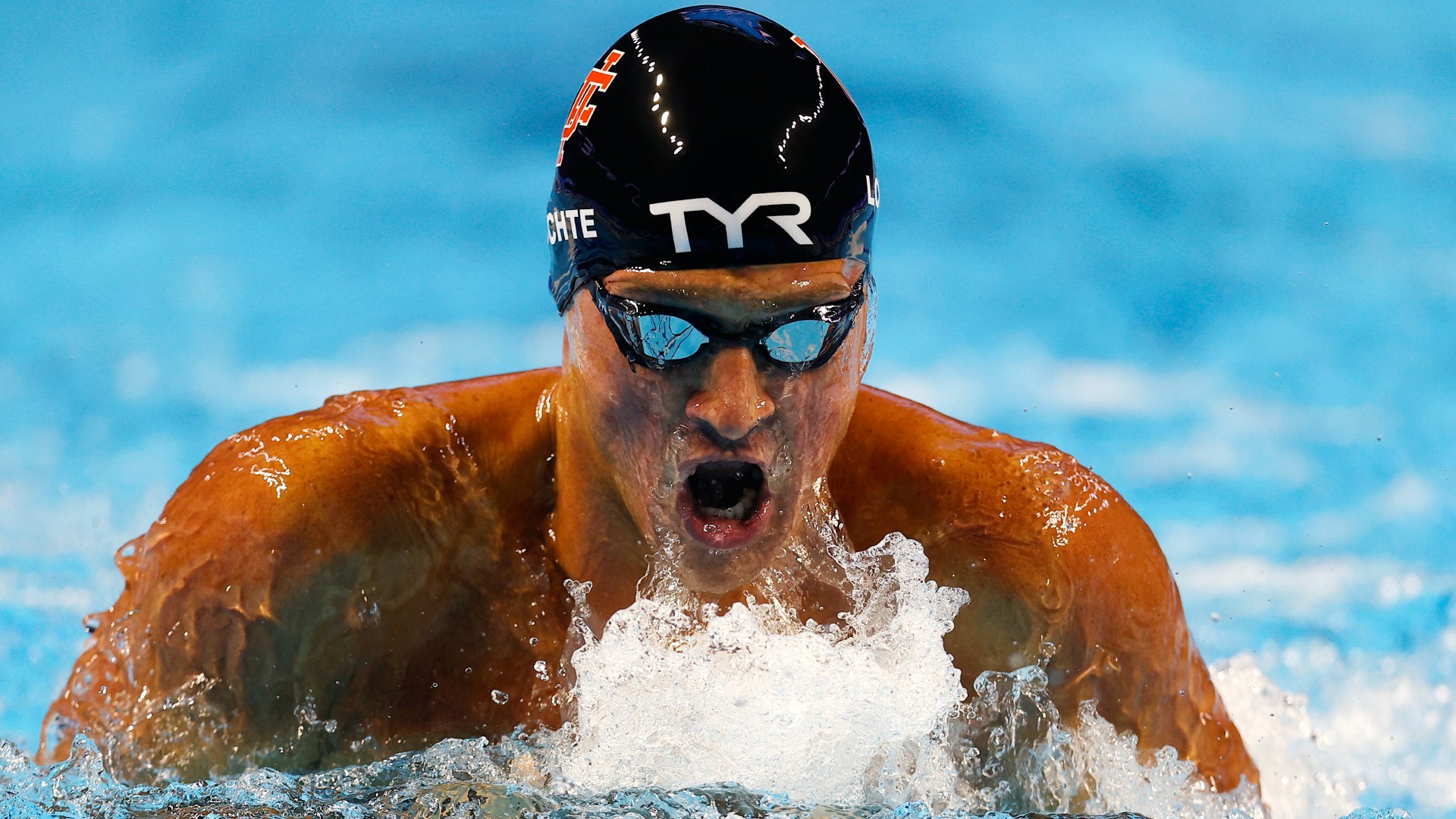 Ryan Lochte is one step away from returning to the Olympic stage five years after he left it in disgrace.

The six-time gold medalist will swim Friday for a spot on the U.S. team that will go to Tokyo next month. He is in the final of the men’s 200-meter individual medley at USA Swimming’s Olympic trials in Omaha, Neb.

If Lochte qualifies, he would be in line to compete in his fifth Olympics. His first games were in 2004 and his most recent was in 2016, when he helped to spark an international incident by falsely claiming he and a teammate were robbed at gunpoint at a gas station in Brazil. USA Swimming and the U.S. Olympic Committee suspended him for 10 months for his actions. He received a 14-month ban for doping in 2018.

Here’s what to know about Lochte’s attempt to become a five-time Olympian:

How can Ryan Lochte qualify for the 2021 Tokyo Olympics?

Lochte will make the U.S. squad if he finishes first or second in the the 200 IM final Friday night and posts a time that meets Olympic qualification standards. He qualified sixth in Thursday’s semifinals; eight swimmers will compete in the final. His semifinal time was 1 minute, 58.65 seconds, 46/100ths of a second slower than second-place qualifier Chase Kalisz.

“There’s no such thing as perfect races and there’s a lot I’ve got to improve on, especially that race. That just was not a good one,” Lochte told NBC’s Michele Tafoya poolside after his semifinal.

Michael Andrew, the prohibitive favorite in the final, swam 1:55.26 in his semifinal.

Lochte was also entered in the men’s 100-meter butterfly, but he was seeded 38th for the preliminary heats and failed to advance to the semifinals Friday morning. He failed to qualify earlier in the week in the 200-meter freestyle.

What final is Ryan Lochte competing in?

Lochte, 36, is competing in the men’s 200-meter individual medley final. The race consists of four 50-meter laps in the pool. Each lap is swum using a different stroke: in order, they are the butterfly, the backstroke, the breaststroke and the freestyle. Lochte won gold in the 400-meter medley at the 2012 London Games and he still holds the world record in the 200 IM, but he set that mark in 2011.

What time will Ryan Lochte swim for an Olympic berth?

NBC will televise the 200 IM final. You can live stream the event on the NBC Sports App or at NBCOlympics.com.