Welcome to another edition of the WWE News Roundup. This week, the article takes a look at a couple of recent interviews from WWE veterans as well as a storyline that was canceled after Lana’s recent release.

Another released superstar, Mojo Rawley, recently spoke about following in the footsteps of WWE legend The Rock. The article also takes a look at reports that WWE was interested in signing Moose from IMPACT Wrestling.

The finish to the match was scripted despite legitimate elbow strikes with Lesnar winning by TKO as he deliberately busted Orton open. 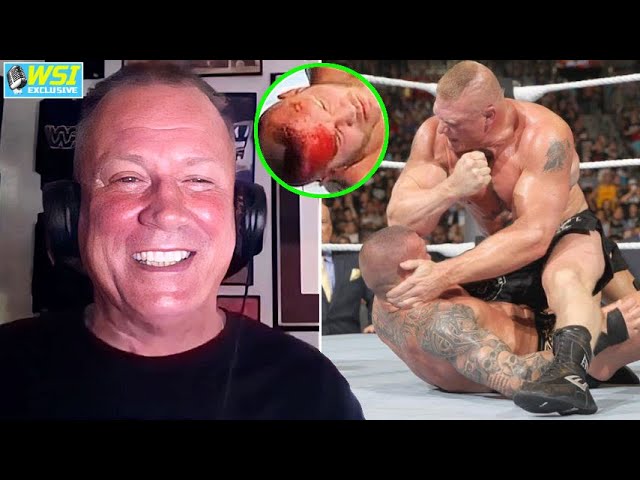 Former WWE referee and pro wrestling veteran Mike Chioda recently discussed the incident during an interview with WSI Wrestling Shoot Interviews on YouTube where he revealed that he was surprised that those higher up in WWE had approved the finish. Chioda had the following to say about the incident:

“Brock gashed him open and I could tell there was something going on, but I didn’t know if it was really Brock towards Randy or if it was just Brock listening to what the office wanted him to do,” Chioda said. “Randy had a little bit of heat at that time. He gashed him open real bad over the forehead. You could tell he was going for it because he was just elbow to forehead. I was kind of shocked that they would do that because concussion protocol was still strong at that time.”

Brock Lesnar is currently a free agent after his WWE contract expired last year. It’s not certain if or when he will return to the company.