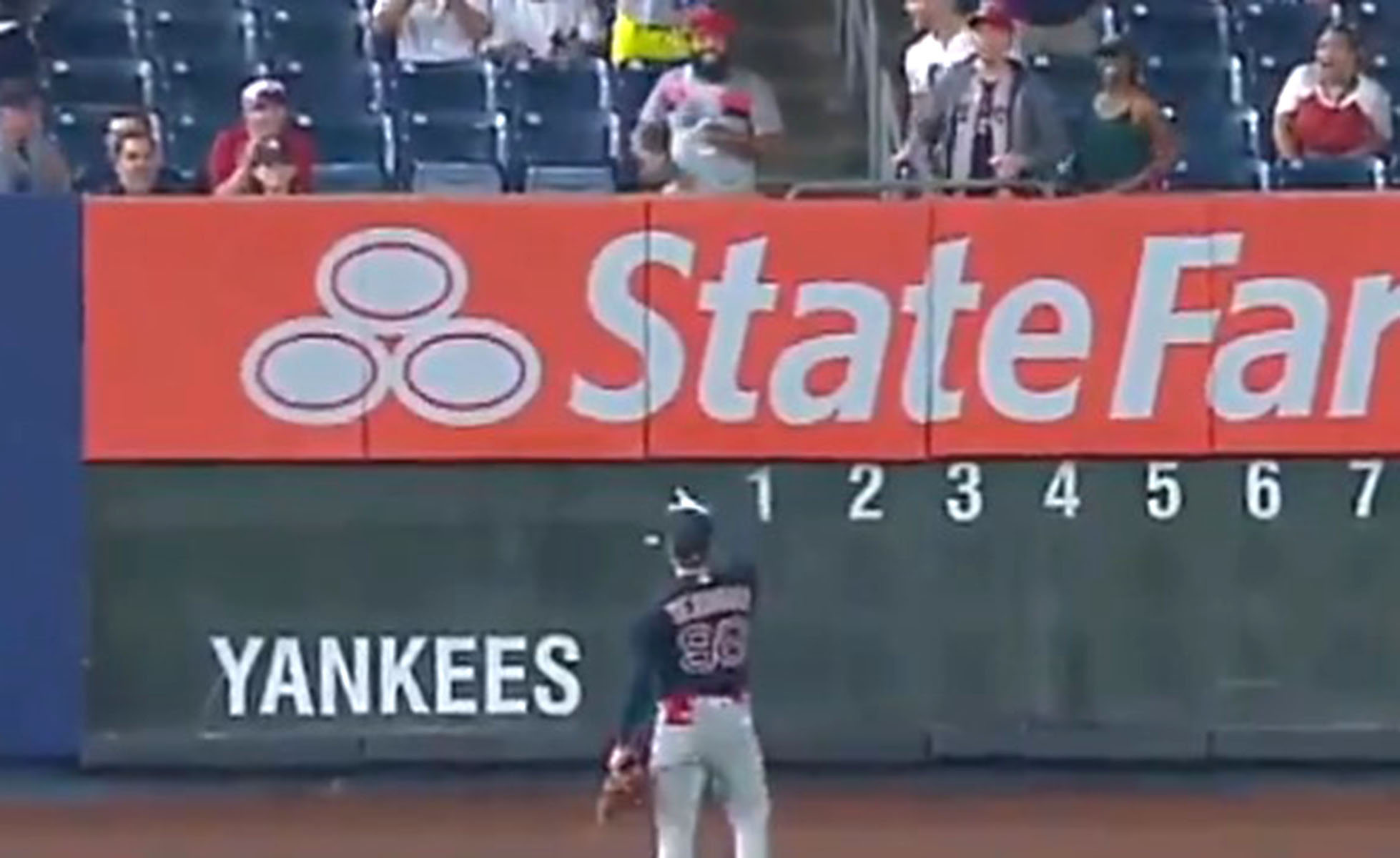 A Yankees fan apparently took The Rivalry too far.

A fan threw a ball at Red Sox left fielder Alex Verdugo during the sixth inning of the Yankees-Red Sox clash Saturday night at the Stadium.

An irate Verdugo and the Red Sox left the field after the disturbing incident, but play quickly soon resumed on a wild and rainy night in The Bronx.

Gary Sanchez hit a solo homer, just over the right field wall later in the inning and Gleyber Torres followed with his own blast to give the Yankees a 3-1 lead.