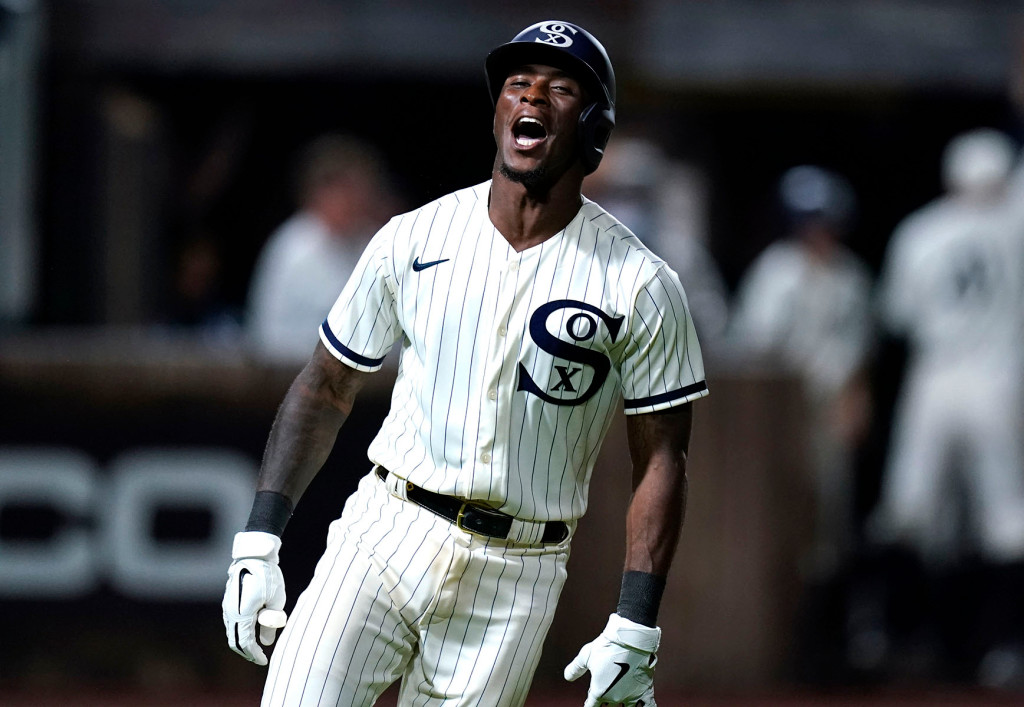 The Yankees thought they had crafted a Hollywood ending in the top of the ninth, getting a pair of two-run homers from Aaron Judge and Giancarlo Stanton to overcome a three-run deficit to take a one-run lead over the White Sox.

But playing in a stadium built on the set of “Field of Dreams” in Dyersville, Iowa, Tim Anderson and the White Sox flipped the script in the bottom of the inning, as Anderson crushed a game-winning homer off Zack Britton with one out in the bottom of the ninth to send the Yankees to another crushing loss, 9-8, on Thursday.

The top of the inning started with a leadoff single by Tyler Wade. After strikeouts from DJ LeMahieu and Brett Gardner, Judge came up and went deep for the second time of the game.

The struggling Joey Gallo worked a walk before Stanton hit one just over the fence — and into the cornfield — in left.

However, Britton, filling in for the injured Aroldis Chapman as closer, couldn’t finish it.

The Yankees had seemingly overcome another bad start from Andrew Heaney, who gave up three more homers and allowed seven runs in five innings in the stadium that was built for this game, next to the farm where the movie was filmed more than three decades ago.

The left-hander has given up eight homers in his three starts with the Yankees since coming over in a trade from the Angels. He’s also allowed 15 earned runs in 15 innings.

After LeMahieu led off the game with a single up the middle after an eight-pitch at-bat, Lance Lynn retired the next eight batters — four by strikeout.

Heaney gave up a two-out solo homer into the cornfield in left to Jose Abreu in the first.

The Yankees threatened in the top of the third with two out, as LeMahieu walked and Gardner singled to right before Judge hit an opposite-field three-run homer to give the Yankees a 3-1 lead.

An Anderson double to left scored Adam Engel in the third to make it a one-run game. Heaney then gave up a two-out, three-run shot to Eloy Jimenez to make it 5-3.

The lefty’s troubles with the homer continued later in the inning, when Seby Zavala took him deep. The two-run homer put the Yankees in a 7-3 hole.

With the Yankees’ bullpen depleted, Heaney stayed in the game as the offense tried to get back in it.

Gardner got to Lynn to lead off the sixth with a line shot into the corn in right to make it 7-4.

Judge then reached on a throwing error by Anderson.

Gallo followed with a walk and Lynn exited after 105 pitches in just five-plus innings.

But Michael Kopech came in and dominated, as Stanton hit a slow roller to shortstop to advance both runners. Kopech whiffed Luke Voit and Rougned Odor to end the threat.

In the seventh, Wade dropped down a bunt single on a 3-1 count against Kopech.

With LeMahieu at the plate, Kopech appeared to get LeMahieu looking, but home plate umpire Pat Hoberg called it ball three and LeMahieu walked on the next pitch.

Left-hander Aaron Bummer came in to face Gardner, who hit into a forceout to put runners on the corners for Judge.

Judge walked to loaded the bases, but Gallo hit a grounder up the middle, where Anderson was shifted, and he made the play for the third out.

Recently acquired Craig Kimbrel pitched a scoreless eighth for the White Sox before closer Liam Hendricks blew it in the ninth — only to bailed out by Anderson in the bottom of the inning.