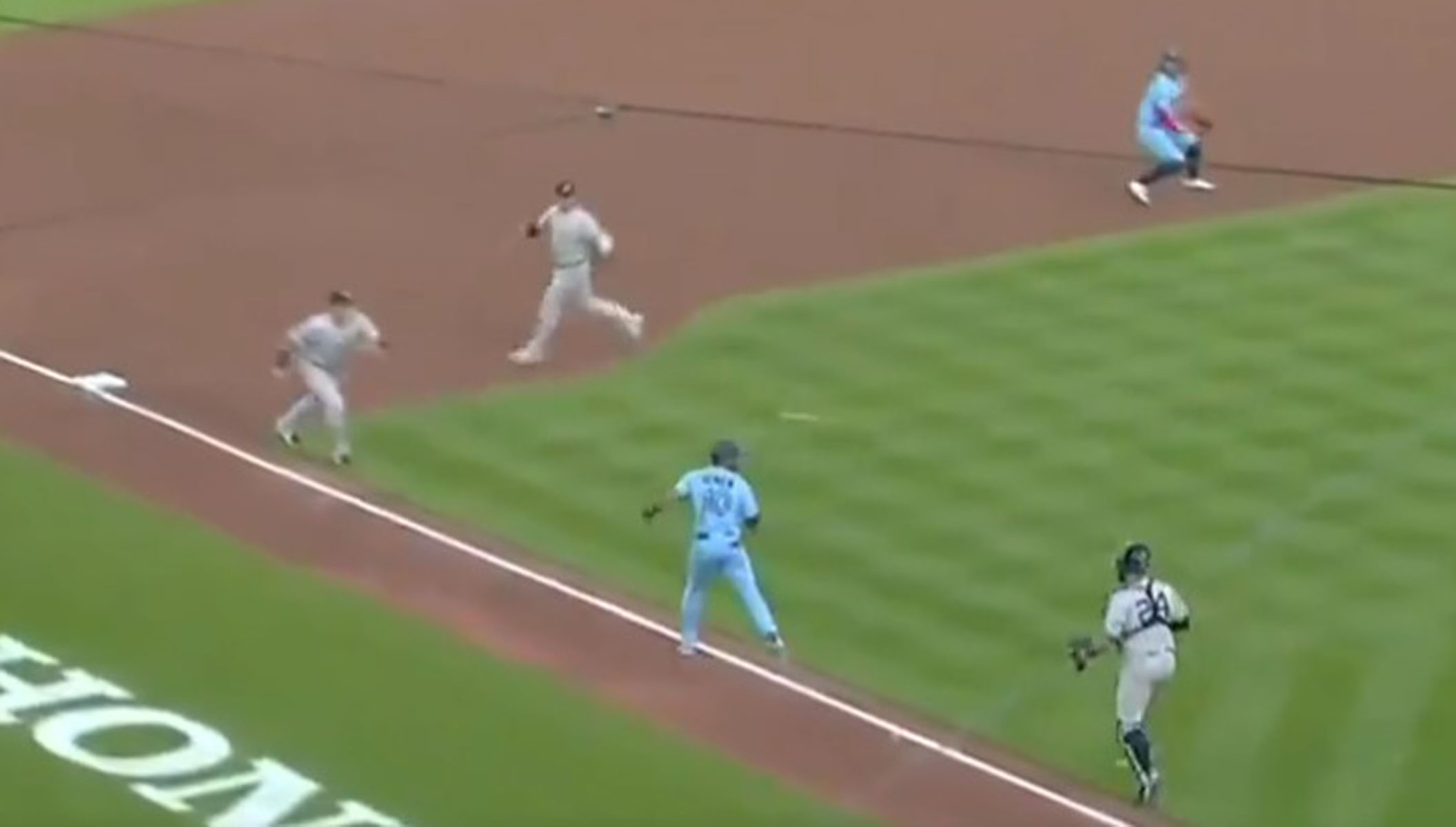 The Yankees have struggled defensively at times this season, but they turned their second triple play in the last few weeks during Thursday’s night’s game against the Blue Jays in Buffalo.

It’s the first time the Yankees have turned two triple plays in a season, according to MLB stats.

With runners at first and second and no outs in the bottom of the first inning, the dangerous Vladimir Guerrero Jr. stepped up to the plate. Guerrero hit a slow roller to the third base side, and pitcher Michael King threw him out at first.

But that’s when things really got crazy.

Toronto runners Bo Bichette and teammate Marcus Semien were caught near each other near third base. When DJ LeMahieu realized the Blue Jays predicament, he fired to shortstop Gleyber Torres who then saw Semien break for home and threw the ball to Gary Sanchez who then tossed it to Gio Urshela who tagged out Semien. Urshela then wheeled around and made a short throw to Torres who tagged out Bichette to complete the untraditional 1-3-2-6-5-6 triple play.

The Yankees’ first triple play this season May 21 in a 2-1 win over the White Sox was of the more traditional 5-4-3 variety.