With GTA 5 being set in Los Santos, it’s only appropriate it pays respects to its predecessor San Andreas.

Both of these games are landmark titles in the GTA series. Despite being held in separate continuities (3D universe for San Andreas, HD universe for GTA 5), these timeless classics do carry some connections. GTA 5 offers tributes to San Andreas via well-placed references.

A few of them can be found in storyline missions, although they are hidden. Most of the references are placed in the open-world environment of Los Santos.

If the player knows where to find them, they can be treated to San Andreas secrets within GTA 5. It’s definitely worth a look for old-school fans.

Hood Safari takes Franklin, Lamar, and Trevor to Grove Street. Unlike its 3D universe counterpart, this place is now run by the Ballas gangs. GTA players must go to the cul-de-sac for an exchange in drug products. Predictably by GTA standards, it ended in a major shootout.

On the way to Grove Street, players will have to make a left to enter but if they take a right instead, they will find three NPCs riding bikes.

They look just like CJ, Big Smoke, and Ryder. This is a reference to Sweet and Kendl, which was a San Andreas mission that heavily involved bikes.

It’s a nice little callback to the good old days of the classic GTA. Those who played San Andreas back then will be reminded of their childhood experiences.

It’s good to be home on Grove Street. 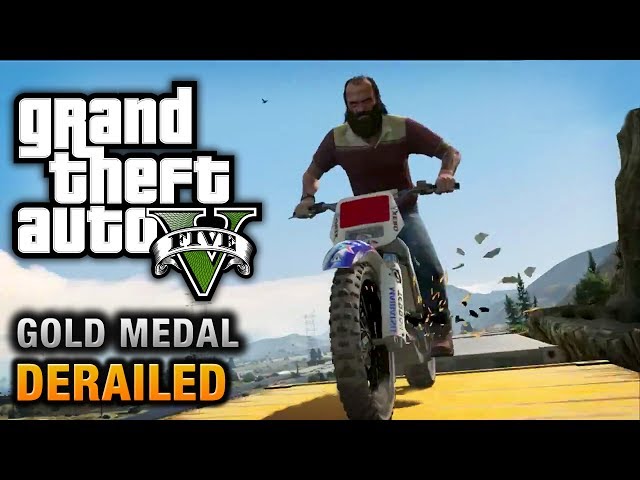 GTA 5 offers players medal requirements during missions. For example, if a mission involves a deadly shootout, players can get a gold medal if they get several headshots.

One of these missions, Derailed, has a gold medal achievement that references CJ specifically.

Trevor has to ride across a moving train while on a motorbike. It’s easier said than done, as he needs to make a safe landing from the mountainside and if Trevor lands perfectly on his first attempt, he will get a gold medal entitled Better than CJ.

This obviously refers to the infamous train mission from San Andreas, aptly-named Wrong Side of the Tracks.

Given the notorious difficulty of the mission, Big Smoke’s mission failure speech has been ingrained in the minds of GTA players. Trevor certainly does a better job here.

#3 – Welcome back to San Andreas

Much like GTA 4 was a return to Liberty City, GTA 5 heads back to San Andreas (specifically Los Santos). Fans loved the reimagined version of Liberty City, so they couldn’t wait to explore Los Santos with updated graphics.

Once GTA players have control of Franklin, they should look around nearby.

There is a graffiti wall somewhere in Chamberlain Hills. It’s right near Franklin’s house, so it shouldn’t be difficult to find and is certainly worth a look.

On the graffiti wall, there is a giant skull with a green bandana and fedora. It wields two pistols, along with a message in green colors and spells out the following for returning players from San Andreas:

“Welcome Back – We missed you last time”

While San Andreas was released back in 2004, the game was set for 1992. Naturally, Rockstar decided to reference these specific years with several GTA 5 establishments. One example is the (ridiculously expensive) Los Santos Country Club, which was founded in 1992.

There is also a flight school that offers flying lessons at the airport. It was founded in 2004, which was the original release year of San Andreas and unlike golfing, flight school was a major activity in San Andreas.

Players can find writing across the sides of trains. It reads LS2004 – the LS likely stands for Los Santos.

Finally, GTA players can visit the Yellow Jack Inn at Sandy Shores. They should find $69 dollar bills near the official artwork of Rochell’le, the cover girl of San Andreas. 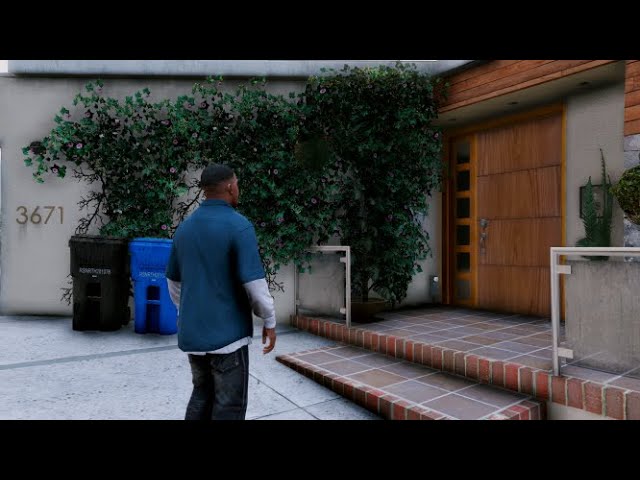 Once Franklin completes a hotel assassination for Lester Crest, he is granted a million dollar mansion out in Vinewood Hills. 3671 Whispymound Drive bears a few similarities to Madd Dogg’s mansion back in San Andreas (albeit not as fancy).

GTA players can enter the mansion and notice a few gold records.

There are three located on a wall, yet two of them are of interest. One of them belongs to Madd Dogg, while the other belongs to OG Loc.

Disparity in talent aside, it’s a nice callback to the rap artists of CJ’s generation. At the very least, these two have not been lost or forgotten to time.

Franklin’s musical taste goes way back to the 90’s, it seems.