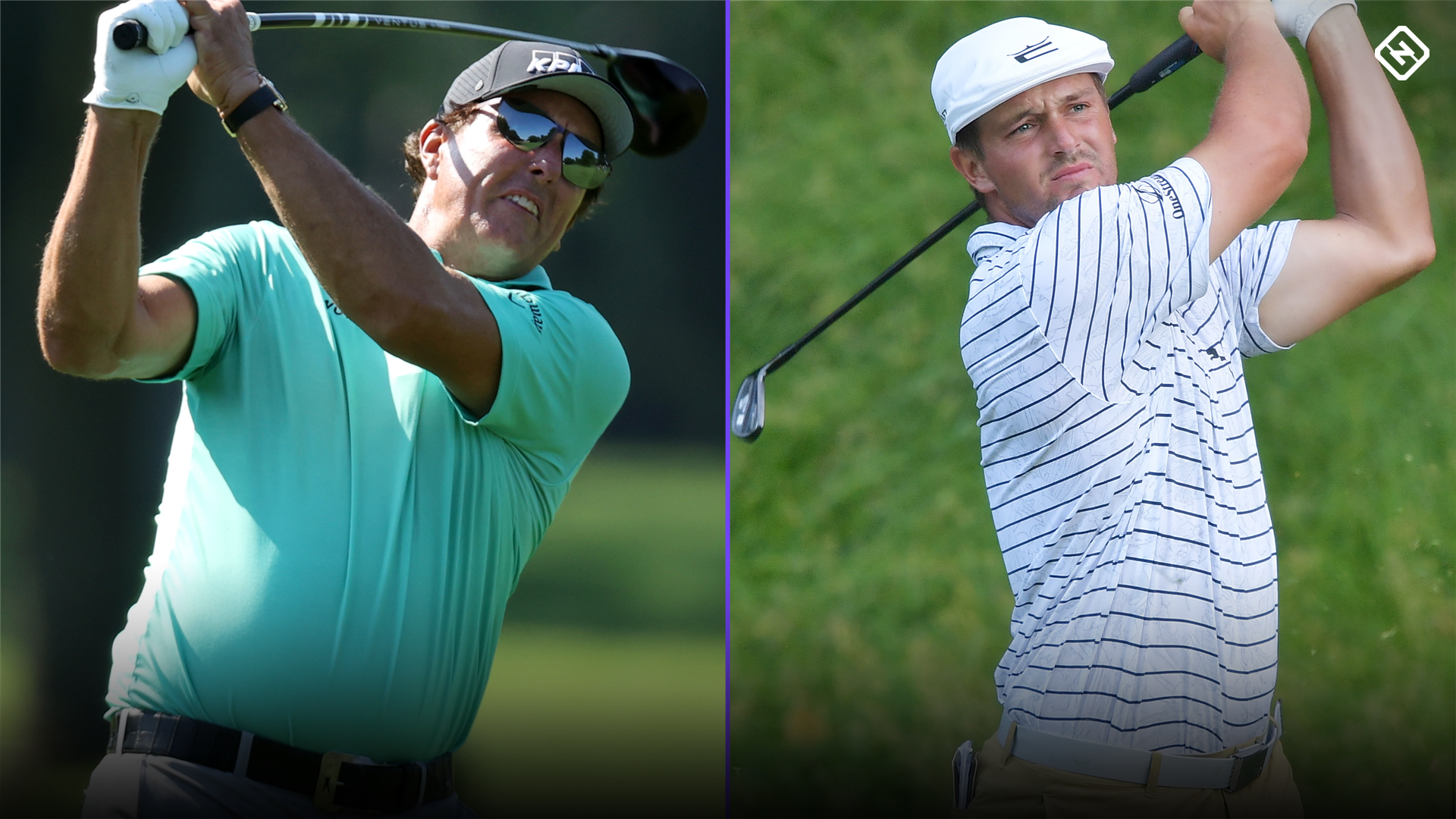 Phil Mickelson will be participating in “The Match” for the fourth time since it became an event in 2018. Tiger Woods won’t be playing as he recovers from a Feb. 23 car accident, but Mickelson’s opponent for the event will be plenty exciting to watch.

Bryson DeChambeau, 27, will square off against the 51-year-old Mickelson, but the PGA Tour’s longest driver (322.4 yards per drive) won’t be the only participant. A pair of MVP NFL quarterbacks will be joining the two major-champion golfers.

Tom Brady will reprise his role from “The Match 2” as Mickelson’s wingman. Aaron Rodgers will partner with DeChambeau to make things interesting.

“The Match 4” should be an exciting battle and the DeChambeau-Rodgers pairing might be the most intriguing one to date. Here’s everything you need to know about the event, including how to watch it, previous results from “The Match” and how good Rodgers and Brady are at golf.

“The Match 4” will take place Tuesday, July 6, two days after the scheduled conclusion of the Rocket Mortgage Classic in Detroit, where DeChambeau is looking to defend his 2020 title, and two days before the start of the John Deere Classic in Illinois. Coverage of the event, which will take place in Big Sky., Mont., begins at 5 p.m. ET (3 p.m. MT).

“The Match” will be simulcast on several networks in the Turner Sports family. TNT, TBS and truTV will all carry the event. Those who don’t have cable can stream the event on fuboTV, which offers a free seven-day trial.

Players will once again wear microphones and the broadcast will have access to all their conversations. Additionally, players can communicate with other golfers and members of the broadcast team as they compete.

“The Match 4” will be held at The Reserve at Moonlight Basin in Big Sky, Mont. The course was designed by Jack Nicklaus in 2016 and sits 7,500 feet above sea level. There are a lot of elevation changes on the course. It also features a 777-yard par-5 that plays significantly shorter because the tee shot is a couple hundred yards downhill.

Because of the downhill tees on the course and the altitude, it will be fun to watch the big-hitting DeChambeau in action. He could put up ridiculous driving numbers.

The competition will feature match play between the Mickelson-Brady team and the DeChambeau-Rodgers team. The two sides will play 18 holes and will use a modified alternate-shot match-play scoring system.

In alternate-shot match play, partners will alternate hitting the same ball throughout the round. The player who didn’t make the best shot off the tee will play the second shot. The team with the lowest number of combined strokes will win the hole.

At this point, it’s unclear exactly how much money “The Match 4” will raise for charity. The first event had a $9 million prize pool that the winner took home. The second edition of the event raised $20 million for COVID-19 relief. The third iteration raised $4.4 million to benefit historically Black colleges and universities (HBCUs).

Proceeds from “The Match 4” will be donated to Feeding America and other charities.

Unsurprisingly, a Mickelson-led squad has been made the underdog in “The Match” once again. DraftKings Sportsbook has the DeChambeau-Rodgers pairing listed as -182 favorites. Mickelson and Brady opened as +132 underdogs.

Who has won ‘The Match’ in previous years?

Mickelson came out on top in the first edition. Lefty earned the victory over Tiger in 22 holes and took home the entire $9 million purse.

Woods got his revenge in May 2020. He teamed with Peyton Manning to defeat Mickelson and Brady 1 up. Brady and Mickelson fought hard to get back in the match after Woods and Manning had built a lead, but they couldn’t make up the deficit.

Woods was out of action for “The Match 3” in November 2020, so Mickelson partnered with Charles Barkley and took on Manning and Stephen Curry. Despite being paired with Barkley, a notoriously bad golfer, Mickelson beat the MVPs 4 and 3.

Is Tom Brady good at golf?

Brady isn’t as good as some other athlete golfers, but he reportedly plays to an 8.1 handicap.

During his other appearance in “The Match” as Mickelson’s partner, the pairing lost 1 up to Woods-Manning and Brady had some solid moments, including a hole-out on an approach shot.

Additionally, Brady posted a handful of lessons he learned from the match. The most important one may have been about what type of pants to wear as he famously ripped his during the contest.

Brady held a membership at The Country Club at Brookline, a prestigious New England course, during his time with the Patriots. Now that he’s in Florida, he plays at Seminole in Juno Beach.

He has also played at Augusta National twice, once with Rory McIlory and once with Jordan Spieth. He gave Spieth the silent treatment after the 18th hole.

“He made bogey and I made birdie for a two-shot flip on the last,” Spieth said on the Dan Patrick Show. “And you’re supposed to go in at Augusta and, you know, have lunch, and hang out, and he didn’t say a word to me for like an hour and a half. I mean, the most competitive, like, I feel like I’m very, very competitive, and he is the most competitive human being I’ve ever met.”

In short, Brady likes to golf, has experience and is pretty good at it. The big question is: How does he compare to Rodgers?

Is Aaron Rodgers good at golf?

Rodgers is a better golfer than Brady on paper. He said in a 2019 interview with Golf Magazine that he plays to a 3.5 handicap at his best. That would make him about 4 1/2 strokes better than Brady, on average.

However, Rodgers thinks that Brady is better than his handicap suggests.

Rodgers participated in the Pebble Beach Pro-Am in February 2020 and showed well, hitting a tee shot to a few feet of the hole on a par 3.

He also showed off solid putting skills and the confidence to go with them.

Rodgers holds a membership at the Green Bay Country Club. While he doesn’t have experience playing in “The Match” like Brady does, the reigning NFL regular-season MVP will be a formidable foe for the reigning Super Bowl MVP.