Former Pakistan captain Salman Butt is bewildered over the obsession of people wanting cricket to feature as a sport in the Olympics. According to Butt, cricket doesn’t need to be played in the Olympics as it is already a well-recognized sport.

The debate over whether cricket can be played as part of the Olympics has been reignited with the latest edition of the sporting event currently underway in Tokyo.

Speaking on his YouTube channel, Butt said that franchise cricket is good for entertainment but pushing it as an Olympic sport makes little sense. Butt stated:

“Why does cricket need to feature in the Olympics? Is cricket not recognized as a sport in the world? Cricket has not featured in the Olympics so far. It could perhaps be because of the formation. But if the real sport and true essence is not there, it does not make sense (to send cricket to the Olympics). Someone says T10 format can go to the Olympics, now it is being said The Hundred format can be pushed for inclusion in Olympics.”

Butt added that franchise leagues are “different formations of cricket” that suit businessmen and that the obsession with sending cricket to the Olympics was “very vague.”

“They (franchise owners) get a mode of business through which they earn name and recognition. They may be multi-millionaires, people don’t know them. Cricketers, coaches and broadcasters also benefit from this. But this obsession with sending cricket to the Olympics is very vague. A football match lasts for 90 minutes – that is the duration for one innings of T20 cricket. Shorter formats are fine for entertainment but I can’t understand why having cricket in Olympics matters so much,” Butt added. 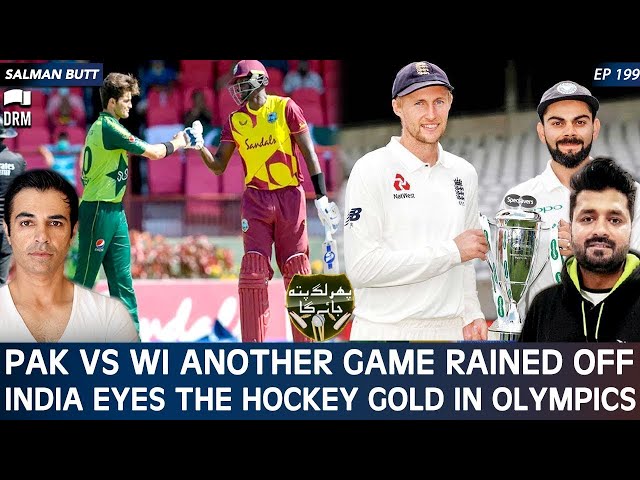 Earlier, former Australia captain Ian Chappell opined that the T20 format was enough to take cricket into the Olympics. He also added that ‘The Hundred’ wasn’t really needed in that regard. Chappell wrote in his column for ESPNcricinfo:

“Apart from reducing the number of balls to obtain a terrestrial television deal, the reasoning behind the Hundred could well be that it improves the chances of cricket fulfilling the Olympic dream. This is often cited as a way to spread the game’s popularity to a wider audience. Surely the T20 format could achieve that same outcome without yet another reduction.”

“Cricket is a team game ideally played by 11 members a side. Performance satisfaction is a big reason why youngsters fall in love with the game. Administrators would do well to remember that before they rush into devising shorter forms of the game. The more the length of an innings is reduced, the greater chance that there will be players just making up the numbers. Even those players crave occasional performance satisfaction,” he added.

Ian Chappell makes some valid points which I hope @thehundred take on board to enhance the fan experience and give it a real point of difference over T20. I’m not enjoying it so far, but there is room for improvement. #TheHundred

The inaugural edition of ‘The Hundred’ (a 100-balls per side tournament) organized by the England and Wales Cricket Board’s (ECB), has evoked mixed responses from cricketers and fans.