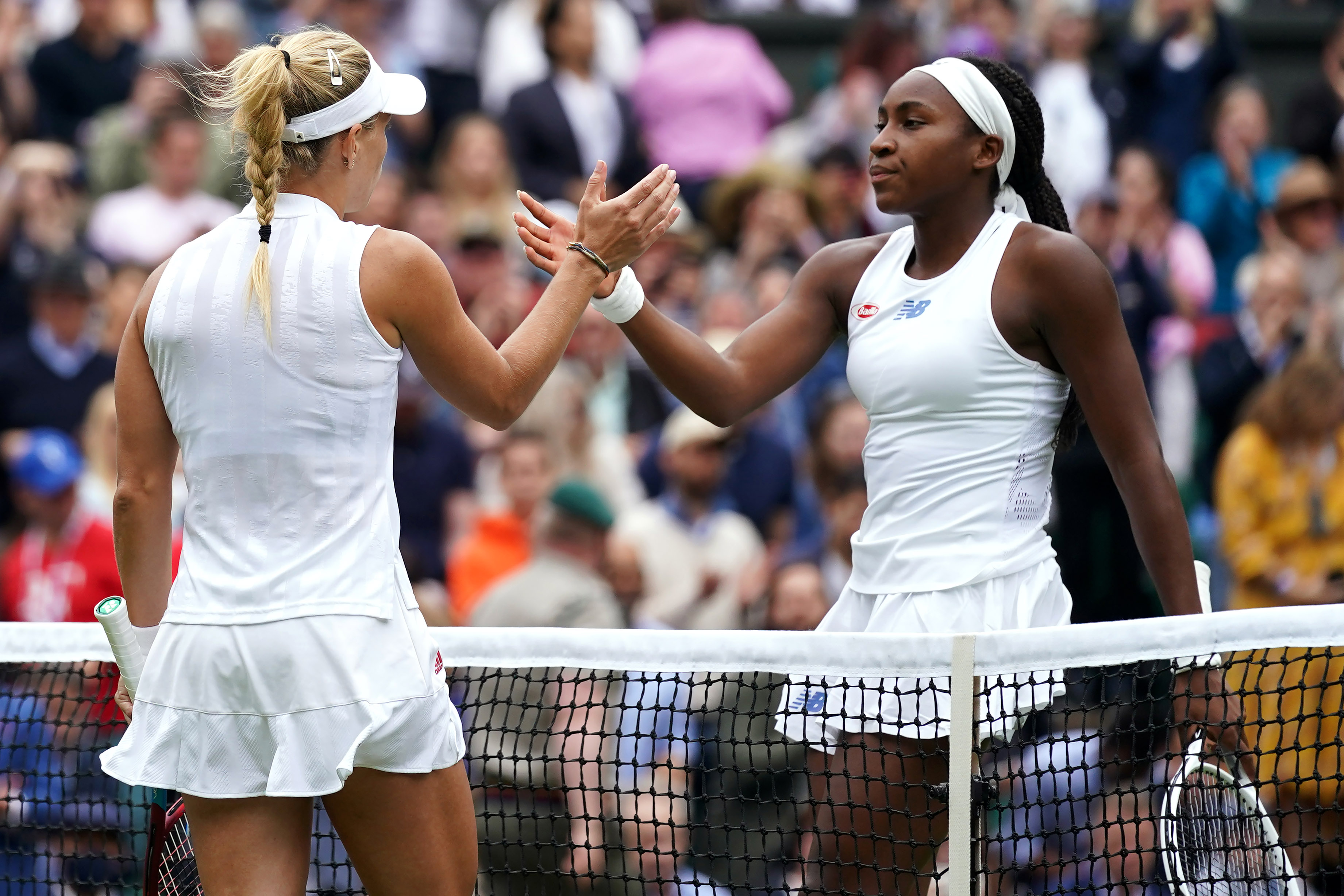 Grand slam glory will have to wait for Coco Gauff.

The 17-year-old Gauff saw her Wimbledon run end on Manic Monday at Wimbledon, falling to German veteran Angelique Kerber, 6-4, 6-4. Gauff’s run ended in the fourth round after reaching the quarterfinals of the French Open last month.

Gauff, who was seeded No. 20, hit six aces in the match but had 25 winners compared to 27 unforced errors, ending her run in London.