Cody Rhodes sat down with the wrestling media today for an AEW conference call to discuss various topics. When asked for his thoughts about last week’s deathmatch on Dynamite, Rhodes had plenty to say. He explained that it’s important to balance various types of wrestling because doing so creates a complex mixture that offers something for everyone.

“I think it does have a place,” said Cody Rhodes. “I don’t think it’s something you will see often. That’s just my opinion, I think it’s important that you balance your show out.”

Cody Rhodes believes deathmatches have their place in professional wrestling 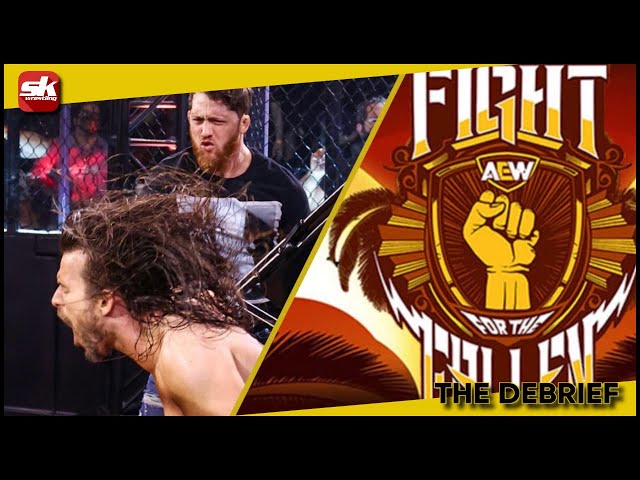 Cody Rhodes also commented on AEW’s recent viewership success, as Dynamite has been the top show on cable for three weeks in a row. Plus, he briefly shared his own interest in competing in a deathmatch, at least prior to the creation of AEW.

“Before AEW, I had considered doing a deathmatch with Matt Tremont,” Cody Rhodes continued. “I had really heavily considered it, and I never pulled the trigger on that, but that was indeed a deathmatch. Does it have a place on television? Well, we were the number one show on cable. And that is a huge honor, three weeks in a row. That’s a huge honor and responsibility to our fan base during the Olympics.””

What are your thoughts on last week’s deathmatch on AEW Dynamite? Do you agree with Cody Rhodes’ stance that this style has its place in professional wrestling? Let us know your thoughts by sounding off in the comments section below.

If you use any of the quotes above, please credit the AEW conference call with a link back to this article for the transcription.