One of Minecraft’s newest mob additions in the 1.17 Caves & Cliffs update, Axolotls are not only adorable but also serve as reliable underwater companions. 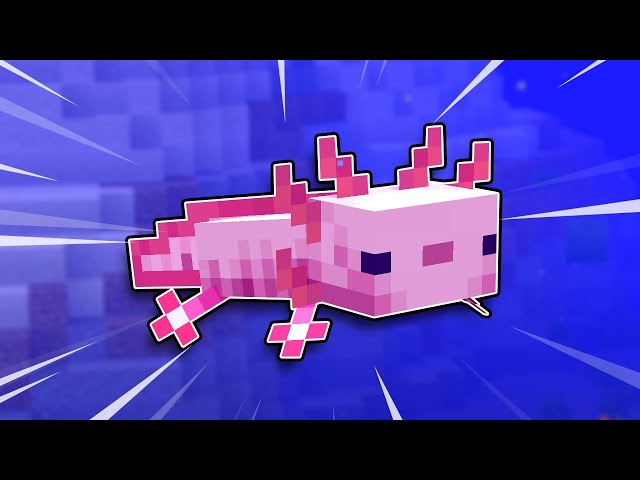 Players hoping to breed a few Axolotls that they’ve successfully tamed will need to give them a tasty snack first. At the moment, regular fish won’t do for an Axolotl, and they require tropical fish in a bucket. Mojang devs have stated the reason for this is because real-life Axolotls prefer live prey, and bucketed tropical fish in Minecraft mirror this as they are still very much alive. So if Minecraft players are hoping to breed Axolotls or speed up the growth of their babies, they’ll need to snag some tropical fish.

The good news for Minecraft players searching for fish is that they spawn relative to the player’s location. Found within warm oceans as well as the deep ocean biome, tropical fish spawn between 24 and 64 blocks away from the player in groups of eight in Minecraft: Java Edition. In the Bedrock Edition, the fish will spawn 12 to 32 blocks from the player in groups of either three to five fish or one to three fish. Another difference with regards to the Bedrock Edition is that tropical fish spawn on the surface of the ocean as opposed to underwater in Java Edition.

Fortunately, Axolotls aren’t picky about what kind of tropical fish they are fed from a bucket. This is important, because the number of variations among tropical fish is massive. Once players spot their school of tropical fish, all they need to do is use a bucket on it. Doing so will place a tropical fish in the bucket which will stay alive until it’s snack time for the Axolotl.

Once fed their tropical treats, Axolotls enter breeding mode. After a baby Axolotl is spawned, the player will receive anywhere from one to seven experience. The parent Axolotls who birthed the baby will be unable to breed again for five minutes in the Java Edition and one minute in the Bedrock Edition. Depending on the game’s RNG, the Axolotl will spawn in a specific color. If players are lucky, they may even breed a blue Axolotl, which has just a 1/1200 chance of occurring. The babies will grow into adults in 20 minutes, but Minecraft players hoping to speed up this process can give the babies some tropical fish too.

Read More: How to make a Minecraft Nether portal without a diamond pickaxe

Check out Sportskeeda’s Minecraft YouTube channel for all the latest game updates!