South Africa’s Dricus du Plessis imagined himself representing the UFC at age 16. Now, after 11 years, he is dreaming with his eyes open.

The UFC knocked on du Plessis’ door amid the global pandemic last year. He had just won the Extreme Fighting Championship (EFC) middleweight championship and enjoyed an impressive 14-2 record.

After a successful promotional debut at UFC Fight Night: Moraes vs. Sandhagen in October 2020, du Plessis believes he is living his dream of competing in the UFC.

du Plessis had a fair share of fighting experience before he joined the UFC. He was a two-time EFC middleweight champion and had also captured the welterweight title in the same promotion.

Looking back on his previous fight against Markus Perez, du Plessis said he didn’t encounter any “octagon jitters” before exchanging heavy blows with ‘Maluko.’ According to the South African, his experience at EFC Africa and KSW has equipped him for a tough UFC journey.

“I’m used to the octagon, I’m used to fighting in the UFC, the media, the professionalism that comes with it, and of course, the responsibility of representing my country in the UFC. That pressure is always going to be there but it’s a good kind of pressure.” 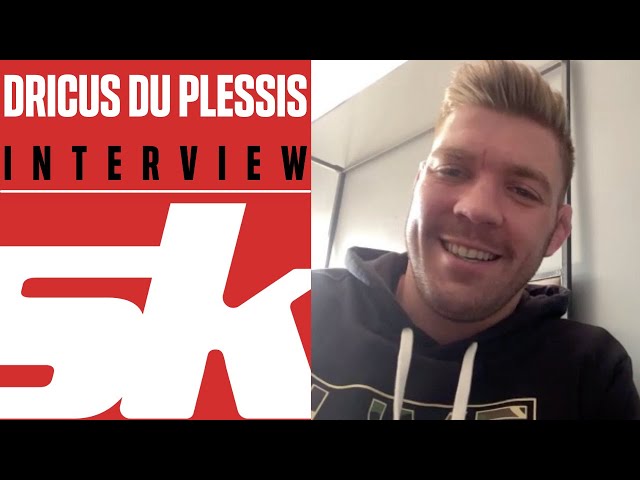 Dricus du Plessis boasts a 100 percent finishing rate. All of his 14 wins have come by knockouts or submissions. The same is also applicable to the only two fights that he has lost (by knockout and submission).

Dricus du Plessis believes judges’ scorecards can be extremely tricky at times. The 27-year-old explained his aversion to leaving fights to the judges:

“Going to the judges’ decision is always like a flip of the coin. You’ve seen some crazy decisions in the past and I don’t ever want to be a victim of that and feel that I didn’t leave it all in the cage.”

du Plessis added that as long as he has power in his hands, he will always fancy a finish. In his upcoming fight against Trevin Giles, the South African looks forward to doing the same.

“It’s not always possible for a lot of guys (to get a finish), I understand that. But for as long as I have any power about it, I’m getting that finish and I don’t see this fight playing out any differently.”

Dricus du Plessis will challenge Trevin Giles at UFC 264. The event will be headlined by Conor McGregor and Dustin Poirier, and is scheduled to take place on July 10, 2021.