Former Pakistan batsman Salman Butt believes ex-captain Sarfaraz Ahmed is lucky to be on the contracted list of players announced by the Pakistan Cricket Board (PCB) for 2021-22.

Sarfaraz Ahmed was demoted from Category-B to Category-C in the updated contract list released by the PCB. While the cricket board was trolled by some, claiming insult to the former Pakistan skipper, Butt backed PCB’s decision.

Speaking on his official YouTube channel, Butt pointed out that Sarfaraz Ahmed had done nothing extraordinary in the limited opportunities he has received in international cricket over the last year. He said:

“Some people have spoken out about Sarfaraz Ahmed’s demotion. According to me, at the moment, Sarfaraz Ahmed is lucky to be there. He doesn’t play too many matches nowadays. So, because of it, he doesn’t get too many chances to perform. And, even in the matches that he has played, he has not come up with any outright outstanding performances over the last year. Since (Mohammad) Rizwan is there, he isn’t getting too many chances. There is nothing fair or unfair here.” 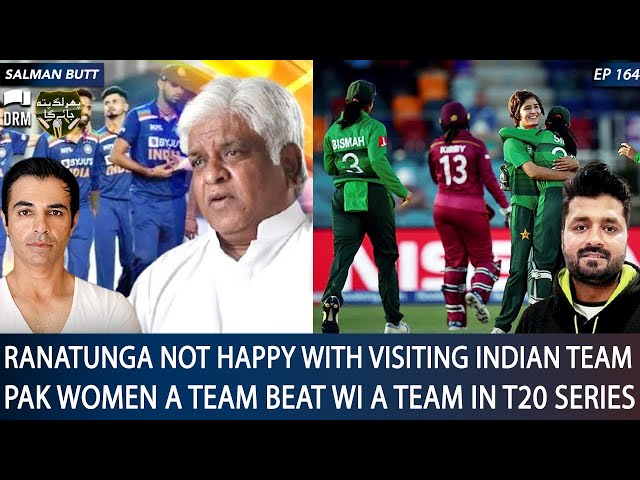 Butt further elaborated on the matter:

“If people are creating a controversy over Sarfaraz Ahmed’s demotion, it is misleading. It’s like Imran Khan won the World Cup in 1992 so he needs to keep getting contracts. Your presence in the team and value in the playing XI (is what matters). Your performance speaks louder than words. If he performs, he will definitely come up again. He is not playing much (he has been moved down). There is no other reason.”

Once the skipper of the Pakistan team, Sarfaraz Ahmed hasn’t played a Test match since the Johannesburg game against South Africa in January 2019.

On the limited-overs front, he has featured in only one ODI and two T20Is for Pakistan over the last 12 months. Sarfaraz Ahmed was dismissed for 13 in the third ODI against South Africa in Centurion in April 2021. He did not get a chance to bat in his last two T20Is – against England in Manchester (September 2020) and versus Zimbabwe in Harare (April 2021).

Sarfaraz Ahmed, however, had a reasonable time with the bat in PSL 2021. He scored 321 runs in 10 matches at a strike rate of 137.77, captaining Quetta Gladiators, who finished last.

While announcing the new contracts, the PCB informed that fast bowler Hasan Ali and wicketkeeper-batsman Mohammad Rizwan have been promoted to Category-A following their stellar performances over the last few months.

Analyzing the contracts, Butt stated that players who have been performing well have been rightly rewarded:

“Contracts have been given to players who have been performing well recently or are expected to perform well. There are only 16-17 centrally contracted players. Hasan Ali has deservedly been promoted and Mohammad Rizwan has been outstanding, so he also has been rewarded. The B-category also seems fine.”