Striving to improve in a game like Guilty Gear Strive may be considered a childish affair by many, but, if approached in the right way, it is a journey of self-improvement in general. There’s no point in how good the destination is if the journey is horrible.

Ranked match-making in Guilty Gear Strive is considered a stressful, rage-inducing affair and a source of grief for many newcomers to any competitive game. But it shouldn’t be. Building the right attitude towards the game is important to have some healthy fun.

This guide will explore some of the best practices players of Guilty Gear Strive can adopt to make their journey enjoyable and productive.

Guilty Gear Strive: How to comfortably climb the ranked ladder.

The very first step to improvement in Guilty Gear Strive is acknowledging the need for it. After a disheartening match, the first question that should be answered is if it was possible to have played it better. Consider two scenarios:

The match could have been played better

Another factor to consider is if improvement occurs at an acceptable rate. Sometimes the problem quite simply is that despite all the experience and knowledge of the game, there’s something else entirely affecting gameplay.

The match could not have been played better

Quite impossible, no loss is undeserved. Every match is winnable. Provided, however:

If the network is bad, there are health issues or other personal problems to be dealt with,don’t expect the best performance. This doesn’t mean that the game shouldn’t be played at all, but perhaps not in ranked mode of the game.

If the network is bad, then money is pretty much the only thing that can help. Buying a wired network is the standard for fighting games and an expectation from every player in this day and age.

But in general, create an environment where Guilty gear Strive can be played comfortably. Don’t let the game add on to a heap of other worries.

Knowledge of the game isn’t lacking

One cannot claim they’ve done their best if they haven’t even learned about the game fully. Ways to improve your knowledge of Guilty Gear Strive include:

Accumulate knowledge until you are in a position to identify and articulate problems and formulate solutions for them.

Because that’s pretty much the only other reason for being unable to climb ranked. There either exists a problem or divine forces are intervening in the ranked climb.

The greatest weapons of the learner: Training mode & private lobbies

Do not expect to improve in Guilty Gear Strive if you reluctant to enter training mode and use it to its fullest or make friends. Of course, the Tutorial mode is expected to be cleared before being solely dedicated to training mode. There are two major ways training mode should be used:

Mash out moves with any character and figure out what combos are feasible, optimal and when they should be used in Guilty Gear Strive. Even if the combo has been done before, do it until it becomes muscle memory. Muscle memory is an important part of fighting games.

Learning punishes against the opponent

If a certain character special in Guilty Gear Strive is hard to deal with, pick that character as the training dummy and use the replay function to record said special.

Then, figure out the buttons that can be pressed to punish that special, whether blocking or using Faultless Defense is the only solution or whether there’s a reversal or RC that can be performed to counter it. 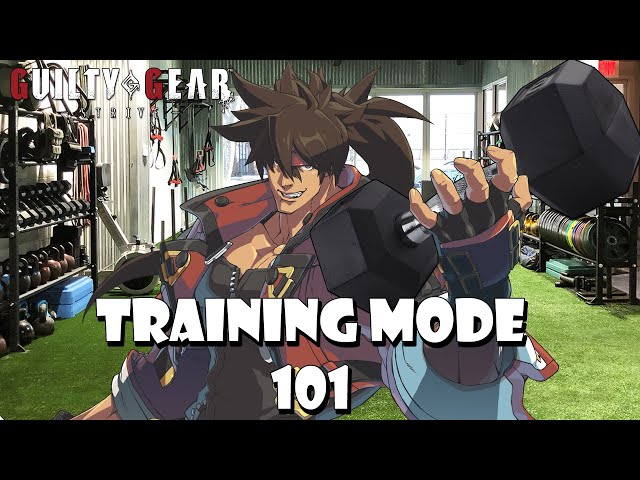 Having the freedom to rematch against an opponent in Guilty Gear Strive allows for more learning than possible in random match-ups. A character’s weaknesses can be learned easier, and there is an emphasis on reading and learning about the opponent as well.

Don’t be afraid to send people friend requests and ask them for games. That’s how the FGC thrives.