Wu Zi Mu, better known as Woozie, was a beloved character from GTA San Andreas who served as a loyal friend and partner in crime to Carl Johnson. After first meeting Woozie during a race, the player is acquainted with Woozie who races them for pink slips. After racing and completing a few missions, Woozie reveals to Carl Johnson that he’s blind, but that begs the question, how does he drive and shoot?

Also read: Top 5 GTA 5 missions that were way more different from other missions

The short answer to the question is yes, Woozie is blind, but how exactly does he go about being the leader of a triad, driving and shooting so capably despite his handicap?

Well, Woozie provides the answer in the mission Amphibious Assault, where he reveals to CJ that he has trained his other senses to the point where his blindness flies under most people’s radar. The mission also gives rise to one of the most iconic lines from the franchise:

Carl: “Uh, one last thing. You do know that I’m black, right? And not Chinese.”

Interestingly enough, Woozie can also apparently play video games despite his blindness. In Amphibious Assault, if players show up with their lung capacity below 5% a special cutscene plays where Woozie, a blind man, beats CJ at a video game. 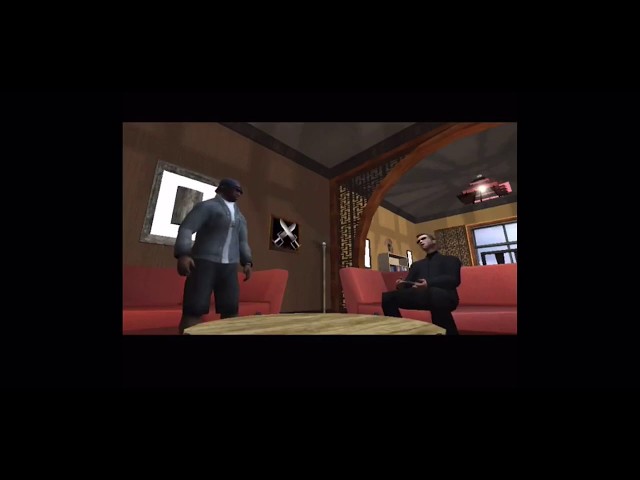 While incredibly capable despite being unable to see, Woozie is mostly accompanied by two associates by his side throughout GTA San Andreas, presumably to navigate effectively. Blind people rely on shoulder contact to determine direction and elevation changes.

As implausible as Woozie’s abilities are, one can most likely just chalk it up to video game logic, as being able to drive and shoot while being completely blind sounds a bit outside the realms of possibility.

Also read: Should fans expect GTA 5 to release on Android and iOS platforms?