Neeraj Chopra is one of India’s best medal hopes at the upcoming Tokyo Olympics. The javelin thrower is currently training in Europe and his duel with Johannes Vetter of Germany is being touted as being one to watch, especially after the pullout of defending champion Thomas Rohler.

Despite lacking world-class competition during training, the Indian remains optimistic about a good showing at Tokyo. During a virtual round table press conference, he said:

“I am happy with the way I have been training. My training and preparation have been good to win a medal at the Olympics. (Regarding performance) I believe it all depends on that day. I am pumped up to give my best and win a medal for the country. I am in a good frame of mind and there is a positive feeling after training, which is the most important, and I am in that frame of mind.”

Also read: How Shekhar Kumar Pandey pole-vaulted from a small farm in Mirzapur to a gold medal at nationals

Neeraj Chopra participated in a couple of tournaments in Europe, including the Kuortane Games in Finland. Explaining how the event made him realize he needed to work on addressing some technical issues in order to be in ideal shape for the Tokyo Olympics, the 23-year-old said: 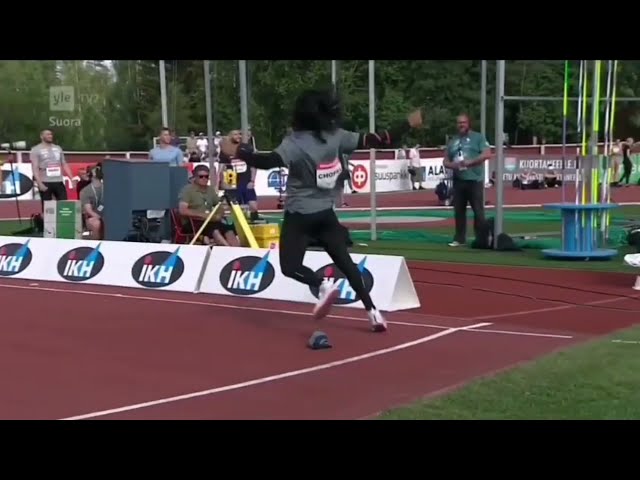 Neeraj Chopra and his coach Klaus Bartonietz zeroed in on a training center in Uppsala, Sweden, which offers favorable facilities and is also the base of leading pole vaulter Armand Duplantis. Elaborating on their choice, Neeraj said:

“I tried to train in the Kuortane Center in Finland, as it is good for javelin throwers, but due to COVID-19 restrictions, we were not able to train there. However, I feel this is also a good center (Upsala). The facilities are good, the airport is close by and I am enjoying my time here. This is also Duplantis’ home ground and it has got good facilities.”

Touching on a a modification in his training routine, Neeraj Chopra said:

“I will increase my intensity till next week and then change my routine. After this week, I only intend to do light training and then get ready for Tokyo. I will leave Europe for Tokyo on July 26.”

Also read: Why Neeraj Chopra is skipping the London Diamond League ahead of Tokyo Olympics

Although Neeraj Chopra’s duel with Johannes Vetter is one to watch out for, the competitors are friends off the field, and they had traveled together to the Kuortane Games. Admitting that he enjoyed his time with the German during their brief time together, he said:

“We just had a conversation about Indians and Indian food. My English isn’t that great but I did manage to speak something about the sport, the technique, our throws and all that.”

Also read: Who can stop India’s Neeraj Chopra from winning an Olympic medal?

However, for now, Neeraj Chopra’s entire focus is on getting himself acquainted with the mounting pressure during the lead-up to the Games. The athlete stays focused by meditating and unwinding with the help of music outside training hours. Shedding light on his mental preparation, Neeraj said:

“I listen to songs and do a little meditation. I sit alone and put on my earphones and listen to songs and keep up to myself. I think to myself on what to do next, my techniques and imagine a lot in my mind like how I am at the Olympics, my throws etc. I am trying to get into that feeling of being at the Olympics. I don’t want to go there and feel new and hence I am trying to get into the groove mentally before I go there and participate.”

Also read: All eyes on javelin star Neeraj Chopra as India awaits a podium finish at the Track and Field in Tokyo