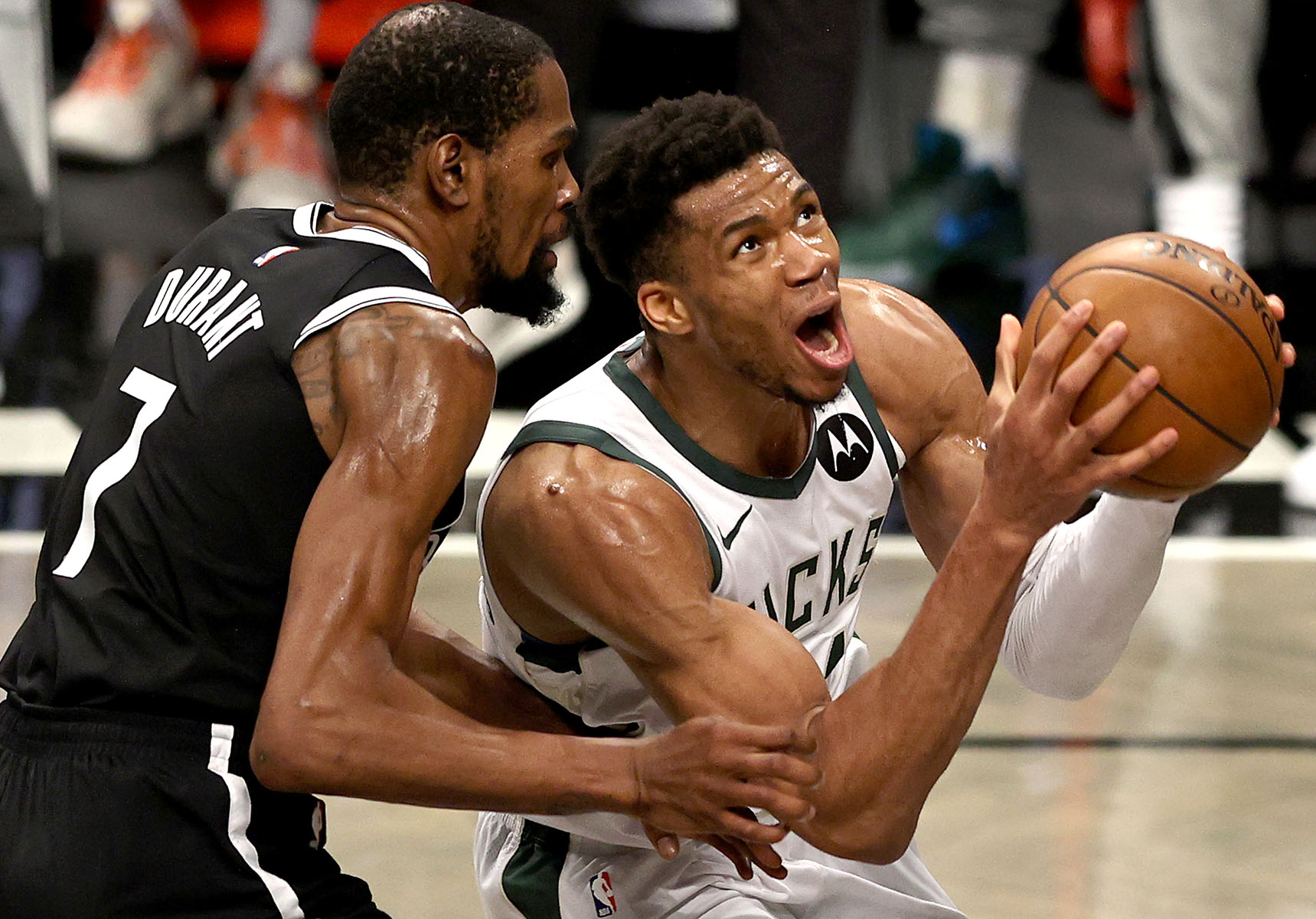 If this really was championship or bust for Brooklyn, it turned out bust.

After a season filled with injuries and absences, the Nets’ postseason ended the same way. With Kyrie Irving watching from the bench in streetclothes, the Nets suffered a late collapse and 115-111 overtime Game 7 loss to Milwaukee in the Eastern Conference semifinals.

The Nets shot 1-of-12 in the overtime to see their season die with the sound of a clank off the rim. The last was Durant’s heave with :00.3 left.

A superteam assembled to go to — and even win — the NBA Finals got knocked out in the second round. They suffered their first and only home defeat of these playoffs at Barclays Center despite yet another masterclass from Kevin Durant (48 points, nine rebounds, six assists), his third 40-point eruption of the playoffs.

It was Durant’s 23-foot heave that had knotted it and forced overtime. But after Bruce Brown (14 points, six boards) scored first seconds into overtime, the Nets didn’t get another point. The Bucks got four — a hook from Giannis Antekounmpo with 1:12 remaining, and a fadeaway from Khris Middleton with 40 second left — to win it.

The sellout crowd of 16,287 — including the likes of Eli Manning, Mark Messier, Robert Saleh, H.E.R and a host of Yankees — left disappointed. The Bucks moved on to the Eastern Conference Finals begin Wednesday vs. Atlanta or Philadelphia. The Nets are on to the offseason, to wonder how this went so wrong and how they wasted another superhuman outing from Durant.

The Bucks will face the winner of Sunday’s Game 7 between the 76ers and the Hawks.