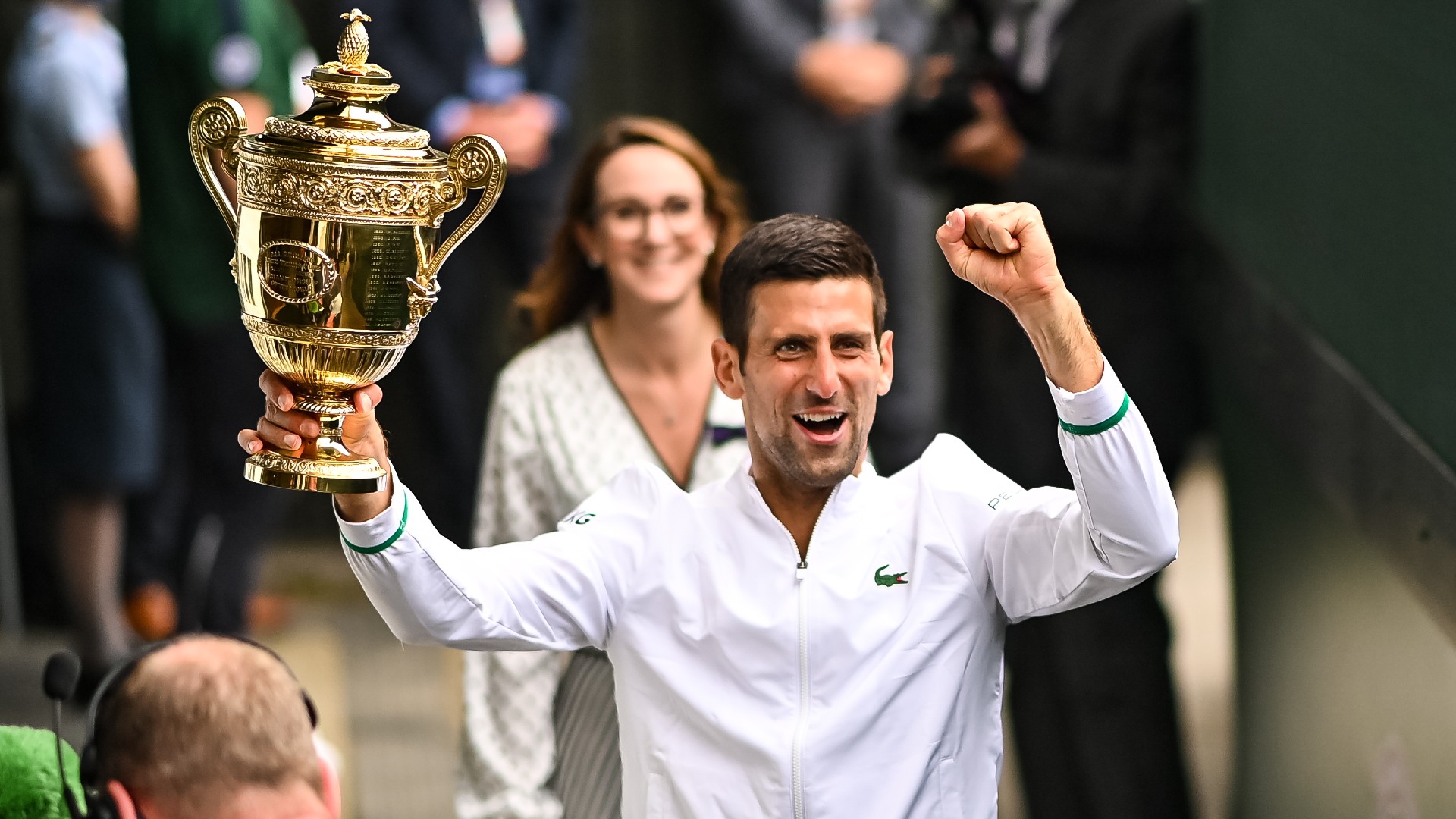 Novak Djokovic’s elite 2021 season continued on Sunday morning when he won Wimbledon for the sixth time. He earned a four-set victory over Matteo Berrettini and tied Roger Federer and Rafael Nadal for the most Grand Slam wins in men’s tennis history with 20.

Everyone else has combined for 12 🤯 pic.twitter.com/g8MbjKsg8s

In doing so, he also set himself up to do something that few have done before: win a calendar Grand Slam.

Djokovic has won the first three major events of the 2021 season. He emerged victoriously at the Australian Open and French Open in addition to Wimbledon. Now, all the 34-year-old Serb has to do is win the U.S. Open in September to win all four of the Grand Slam events in a single season.

MORE: How much money does the Wimbledon winner make?

Just how rare is that? Only five players in tennis history have achieved that feat, and nobody has completed it since Steffi Graf in 1988.

Only four players have ever completed a career golden slam in tennis history: Graf, Serena Williams, Andre Agassi and Rafael Nadal. However, only one of the winners, Graf, has won all in the same year to pull off a calendar golden slam.

Djokovic will compete for Serbia at the Olympics, so he could position himself for a chance to join Graf’s exclusive group if he can take home the gold. However, his focus remains on his performance at Grand Slam events, and he “could definitely envision” completing the calendar slam at the 2021 U.S. Open.

“I’m gonna definitely give it a shot,” Djokovic said of competing in the U.S. Open after his Wimbledon win. “I’m in a great form and obviously playing well. Playing my best tennis at Grand Slams is the highest priority that I have right now at this stage in my career. So, let’s keep it going.”

Djokovic’s quest for the U.S. Open title will begin on August 30. He has been eliminated in the Round of 16 at the event in back-to-back years and was notably disqualified from it in 2020 after accidentally hitting a ball into a line judge’s throat.