Considering its typing, stats, and sheer power, Dialga is one of the scariest legendaries to face in Pokemon GO.

It cannot be understated how good the combination of Steel-type and Dragon-type is. The Steel-type counters all three of Dragon’s weaknesses (Fairy, Ice and opposing Dragon), allowing Dialga to seem unkillable to teams without a strong Fighting-type or Ground-type Pokemon.

Dialga also doesn’t have a stat that is below 200, and its 275 Attack is quite impressive. The one area that Dialga somewhat lacks in is the moveset, but these are the best ones to throw on.

Which moves in Pokemon GO work best on the lord of time? 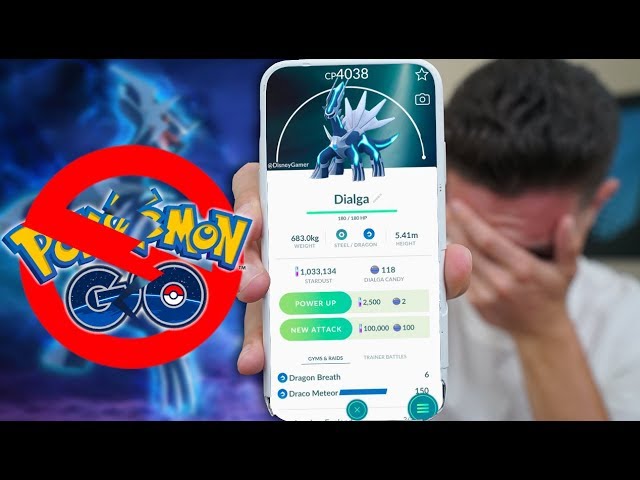 That being said, though, not every Dialga needs to run Metal Claw. If Dialga is being used as a Dragon attacker, Dragon Breath does pair well with Draco Meteor. This set can be used on teams that lack a Fairy-type, since it takes care of opposing Dragons well.

What really hurts Dialga is the lack of Dragon Tail. It outclasses Dragon Breath in almost every way. With Dragon Tail, though, Dialga gets close to broken in terms of Pokemon GO.

For charge moves, the best one Dialga can use is Iron Head. It’s a real shame that Iron Head isn’t a 33 energy costing move since it’s only 70 base power. It’s still, however, Dialga’s best move considering how quickly the legendary Pokemon can charge it up.

Trainers will definitely want to pair it with Draco Meteor. First of all, Thunder almost does Dialga zero favors. Yes, it’s true that Thunder can destroy Water and Flying-type Pokemon, but Dialga already sits in front of those Pokemon anyways.

No Swampert or Pidgeot is going to want to take a Draco Meteor anyways.

Of course, Draco Meteor has its issues (long animation, needing full bar to use, etc.) In neutral matchups, however, this could hit as hard as some weaker super effective moves. Even on a Dialga that is pairing Metal Claw with Iron Head, it will appreciate the damage output from Draco Meteor.