The Monaco Diamond League 2021 is the penultimate competitive sporting event before the prestigious Tokyo Olympics 2020. The Monaco Diamond League will be headlined by some of the best in business, including Shelly-Ann Fraser-Pryce (who is the 100m world champion, double Olympic champion and a silver medalist in the 200m at the London Olympic Games), Sifan Hassan, Karsten Warholm, Benjamin Rai, Yulimar Rojas and Jakob Ingebrigtsen to name a few.

With the one-day event set to test the participants to the hilt, the athletes exuded confidence on the eve of the Monaco Diamond League.

The 100m world champion Shelly-Ann Fraser-Pryce said she was delighted to be a part of the Monaco Diamond League and is focusing on enjoying the event.

The silver medalist in the 200m at the London Olympic Games said:

“I’m having a lot of fun this year and breaking the 10.70 barrier has helped me a lot to gain confidence in my technique. I’m delighted to be in Monaco, things have been great so far for me.”

The 100m world champion went on to add that she is putting pressure on herself to do better than she did in Kingston and tries to take things one step at a time.

“I’m not putting pressure on myself, the most important lesson I learned as an athlete is to take things one step at a time. I just focus on what I want to achieve and not on people’s expectations. I’m hoping to improve the time I ran in Kingston,” Shelly-Ann Fraser-Pryce told reporters in a press conference ahead of the Monaco Diamond League.

For Sifan Hassan, the Monaco Diamond League is also an emotional outing. , She is looking forward to participating, especially after how the “new normal” has changed a lot of things (with regards to the COVID-19 pandemic).

“I like being in Monaco, the track is amazing. I think it will be special for everyone. After a difficult past year, I learnt to be patient and grateful. For Monaco, I worked on my speed and I’m in a good shape. 1500m has a special place in my heart, this event is scary but exciting at the same time, it brings me a lot of emotions,” Sifan Hassan explained.

Also read: Who can stop India’s Neeraj Chopra from winning an Olympic medal?

In the long jump, it would be an interesting face-off between world leader Juan Miguel Echevarría and the reigning world champion Tajay Gayle. They will both be challenged by Frenchman Kevin Mayer, who will be making his debut in the Monaco Diamond League to fine tune his preparations before the Tokyo Olympics 2020.

“I’m always happy to come to Monaco Diamond League. It will be my first and only competition this season before Tokyo. This year, I worked a lot to improve my long jump technique in order to avoid injuries. I’m happy to be able to test myself in this nice stadium. I am in great shape and it gives me a lot of confidence,” Kevin Mayer said. 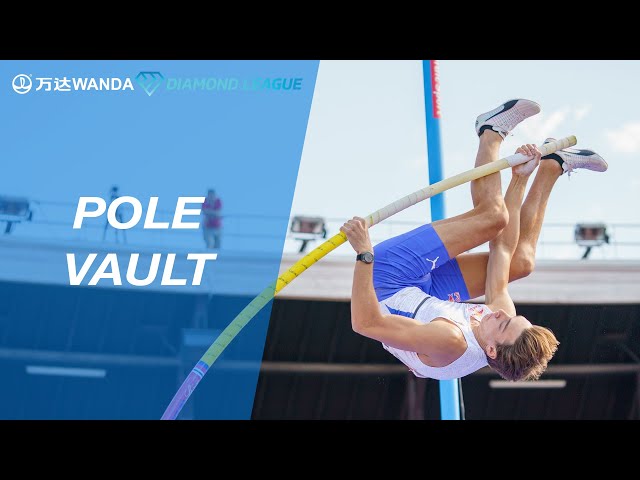 High jumper Italian Gianmarco Tamberi, who broke the Italian record in 2016 with a jump of 2.39m, will be up against 2021 European Indoor champion Maksim Nedasekau and Ilya Ivanyuk. With Tamberi not a part of the Gateshead Diamond League next week, the Monaco Diamond League will be his last competitive event before the Tokyo Olympics 2020. The Italian has vowed to give it all.

“Tomorrow (Friday) is my last chance before Tokyo so I want to give it my all. My Italian spectators are really supportive, the atmosphere is always amazing when they are here. I love having this great connection with them. I’m always trying to be a good role model, track and field teaches you so many lessons. I could speak for five hours about what this sport has taught me,” he said.

Also read: We are focusing on finer points, baton exchange and strategy ahead of Tokyo Olympics 2020, says sprinter Revathi

The creme de la creme of the US Olympic Trials 2021 will be in action at the Monaco Diamond League in the 100m race with Trayvon Bromell (who clocked 9.77s this season) leading the charge. He will be keen to ward off challenges from Ronnie Baker and Fred Kerley. Bromell will also be keeping an eye on French sprinter Jimmy Vicaut.

“I came to the Monaco Diamond League in 2015 for relay camp and since then, I’ve always dreamt of racing here. I know that tomorrow’s line up is a great one, it might even be the line-up at the Olympics final. Every race I get out there and do what I can do, my goal is always to send a message of hope to the little girls and boys watching me. You can be whatever you want,” Bromell said.

Two-time world champion of the 400m hurdles, Karsten Warholm and American champion Benjamin Rai will have an interesting duel at the Monaco Diamond League. Warholm said it was good to get the monkey off his back (with respect to the world record) and hoped to have a good outing on Friday.

“The 400m hurdles world record was a huge relief, we’ve been talking about it for two or three years now. It was important for me to be the first to improve Kevin Young’s old mark. It was a relief as well as a moment of emotion.

Warholm added that he can now solely focus on his last race for Tokyo.

Monaco is a very fast track, I already trained and I feel great, tomorrow is my last race before Tokyo. The good thing now is that I don’t have to chase after the World record anymore, only after a personal best,” Warholm said.

Also read: How Shekhar Kumar Pandey pole-vaulted from a small farm in Mirzapur to a gold medal at nationals

What are your predictions for the Monaco Diamond League?