Warzone players who liked the AMP63 in Season 3 will love its influence in Season 4 even more.

Raven blessed the AMP63 with a huge buff to its damage output, most notably an increase in Maximum Damage from 30 to 33 per bullet. This fixed the AMP63’s biggest blind spot – its power.

With this buff, the gun can reach a quick TTK and melt opponents in Warzone. This loadout focuses on its speed and bullet velocity to help win gunfights in close situations. Having said that, the AMP63 can still be a great sniper support weapon.

Note: This article is subjective and solely reflects the opinion of the writer.

Can the AMP63 perform better than it did in Warzone Season 3? 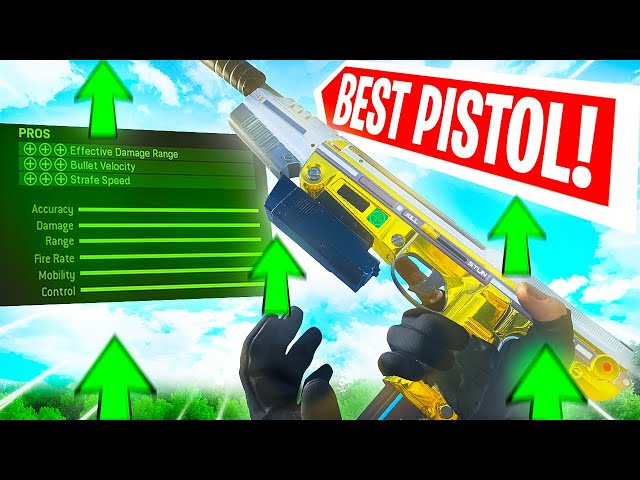 The Sound Suppressor simply gives too many buffs to the AMP63. Furthermore, sprint to fire speed, ADS speed and bullet velocity each give this short range gun a significant advantage.

There are a couple of popular Laser options for Warzone, but the Tiger Team Spotlight grants more mobility. For players who want to be running in and out of areas whilst annihilating opponents at close range, they’ll want to be as fast as possible.

Higher speeds can translate into dodging more bullets or running into safe areas more quickly. The Ember Sighting Point is a nice alternative for players that value damage range and hip fire accuracy.

The AMP63 definitely wants to be running the STANAG 25 Rnd, since that’s the most ammunition it can get access to. This gun wants the maximum amount of bullets it can carry so players can shoot without worrying as much about running out.

The Serpent Wrap rounds out this loadout. It increases ADS speed, which will make players more nimble on the ground in Warzone. With these attachments, they will still be able to move and strafe quickly while also dealing solid damage on enemies.