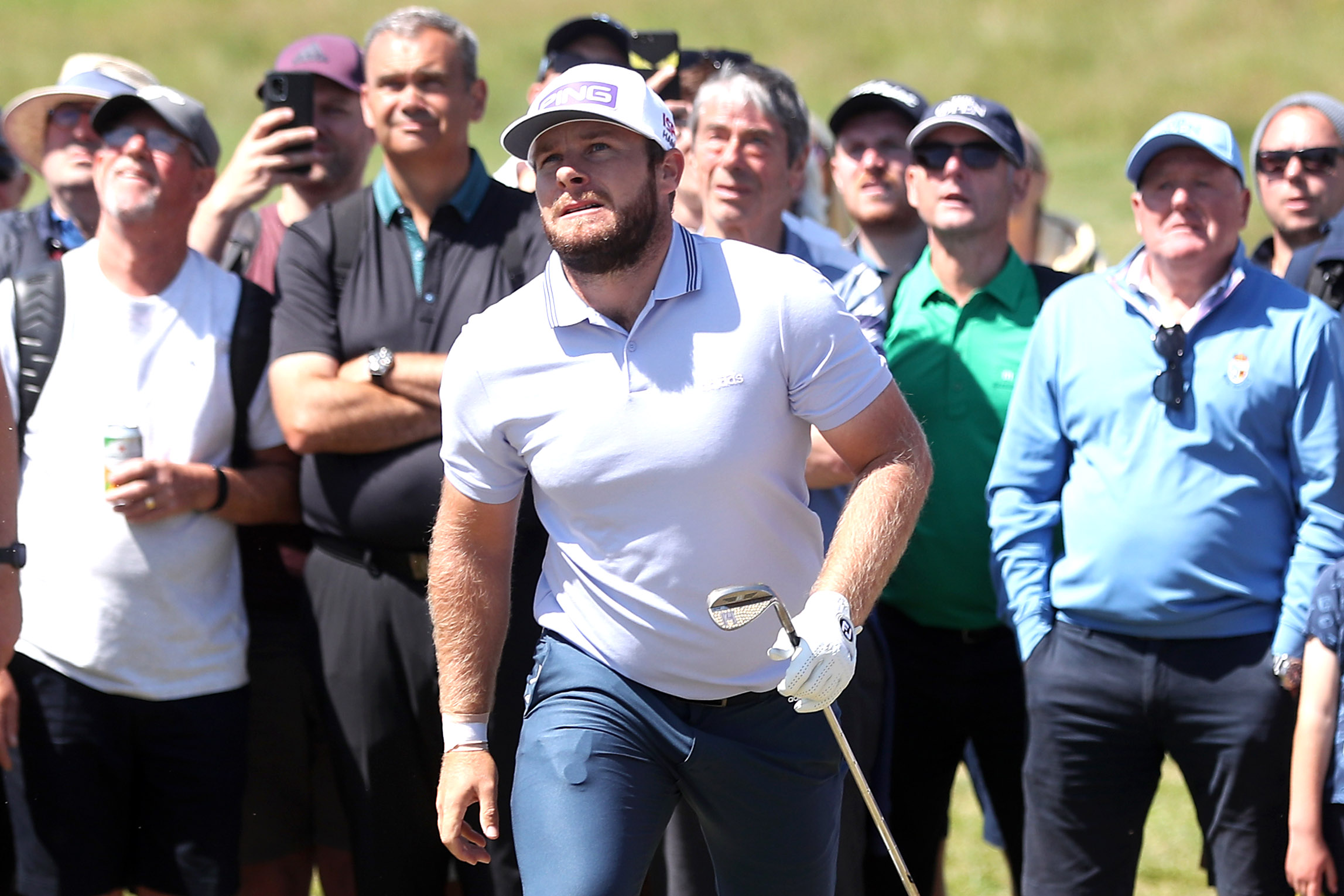 Tyrrell Hatton is living up to this reputation as one of the more volatile golfers in the sport.

In the second round of the British Open on Friday at Royal St. George’s, Hatton gave the finger to a fan before scoring a double-boggy on the eleventh hole. As he walked away, Hatton mumbled: “That was absolutely f—king bullocks.”

The fiery British golfer did not stop there. On the final hole, Hatton likely needed a birdie to have a chance to make the cut. After missing his iron shot to the right, the 29-year-old stomped on his club and broke it as a result.

Hatton got up and down for par on his final hole. He finished even for the day but sits at two-over-par for the tournament. As it stands, he currently sits T-76 in the tournament. The cut-off for the weekend is 70 players.

The reactions from Hatton stirred some comical commentary on social media.

“My first time meeting Tyrrell Hatton I mispronounced his first name three times in a row on camera and I thought for sure he was going to snap me in half, too,” Sean Zak of Golf.com tweeted.

“Tyrrell Hatton is living proof that if you have a British accent you can do literally anything and people will see it as a charming personality quirk,” Dylan Dethier of Golf Magazine tweeted.

Hatton is currently the No. 10 player in the world. However, he has more missed cuts — 12 — than top-ten finishes, five, in his major career. That number could rise to 13 this week.