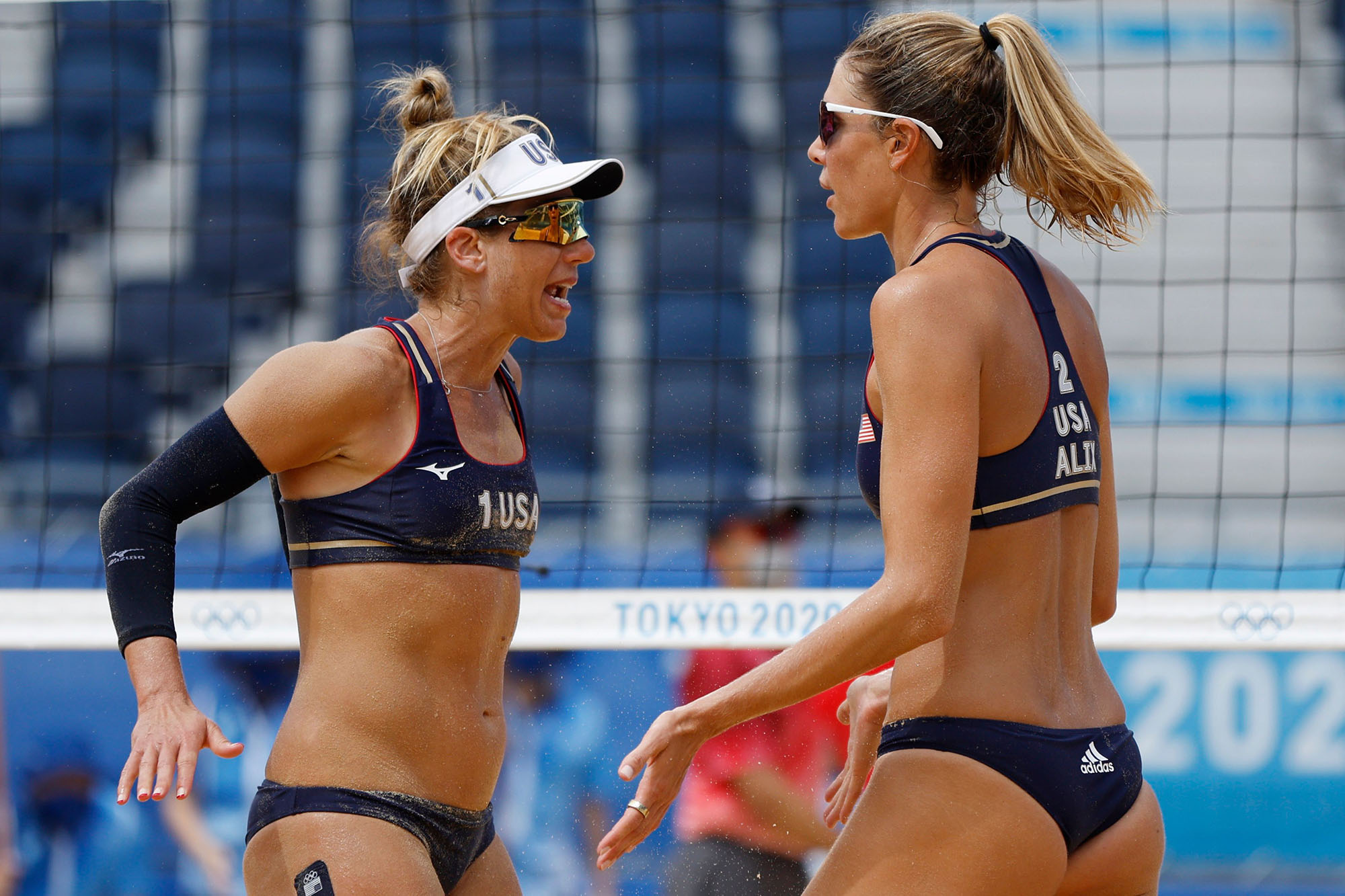 TOKYO — April Ross and Alix Klineman have advanced to the quarterfinals of the Olympic beach volleyball tournament.

The American “A-Team” beat Cuba 21-17, 21-15 on Monday. The win came a day after two other US teams were ousted in the first knockout round.

After taking the first set, Ross and Klineman lost the first four points in the second. Cuba’s Lidy Echeverria and Leila Martinez led 9-7 when Echeverria was slow to get up after a collision at the net. The Americans took the point, and went on to win the second set as well.