Pokemon Unite fans appear to be treated to a roster of characters that expand every couple of days.

The game, which previously added Zeraora, Blastoise and Gardevoir, might be adding Blissey (as well as Sylveon). This should be good news to fans who only were able to play as 20 Pokemon, which may seem small since over 800 exist in the main series games.

If the leaks are to be believed, though, Blissey should bring a new flavor to Pokemon Unite being a more defensive, supportive character. 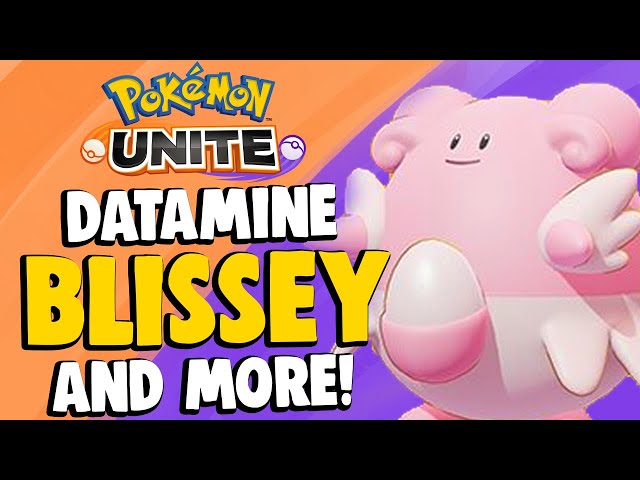 Essentially, all of the information on Blissey’s arrival to Pokemon Unite has come from data miners. There are potentially a large group of Pokemon to be added to the game, but the data miners are strongly calling out the arrivals of Blissey and Sylveon.

An image on Twitter showed Blissey in actual gameplay. This might be why the data miners are so ensured of Blissey’s arrival.

Adding Blissey makes sense considering the popularity of the Pokemon. It evolves from Chansey, who has been a mainstay in the series since Generation I. Blissey and Chansey have spent many years assisting Nurse Joy at Pokemon Centers in the anime, and they can be seen at Pokecenters in the main franchise as well.

If this is true, Blissey will likely be a defensive character that focuses on supporting its teammates. Blissey’s Unite move is projected to be Bliss Assistance, a move that buffs a fellow Pokemon on its team.

Those Pokemon are as follows:

As with all leaks, they are to be taken with a grain of salt. Data miners aren’t always 100% correct. That being said, though, many on the internet approve of the validity of these reports.

As of now, there is no official release date. It should, however, be the final Pokemon in the Gardevoir and Blastoise DLC package.