Former England off-spinner Graeme Swann has requested Indian fans to not be too critical of Rishabh Pant in the wake of his failure in the World Test Championship (WTC) final against New Zealand.

Rishabh Pant was dismissed for 4 and 41 in his two innings in Southampton against the Black Caps. Both times he perished trying to take on the bowling. He was particularly criticized for his wild hoick against Trent Boult on the last day of the Test.

According to Swann though, Rishabh Pant is a match-winner because of his aggressive stroke play and India will do a disservice to themselves if they ask the dashing wicketkeeper-batsman to tone himself down.

“India have got an absolute superstar in Rishabh Pant going in at 6 or 7. Just go back one Test mach in India’s history. That magnificent century he scored against England (in Ahmedabad) that won them that series. Never forget that. It was a counter-attacking innings, played against the grind, playing against the spin a lot of times. It was a brilliant hundred. Had he got in there and “played the situation” and tried to block it, India would not have won that game. It is as simple as that.”

“He is a match-winner. All I want to say to cricket fans in India – don’t fix what isn’t broken. You have some absolute goldmine ready to be unearthed and used well for 10 years. Don’t change Rishabh Pant. Let him fail. Let him be. He is absolutely worth it,” Swann further added. 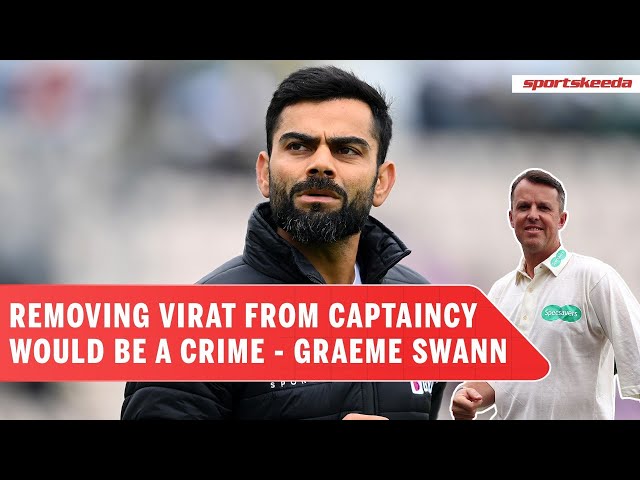 Rishabh Pant had come under fire over his failure to adapt to the challenging conditions in England during the WTC final. Like Swann though, Indian captain Virat Kohli too had thrown his weight behind the young cricketer after India’s defeat to New Zealand.

Speaking at a virtual press conference post the WTC final, Kohli had said about Rishabh Pant:

“Rishabh Pant is definitely going to be a very expressive player, whenever he gets an opportunity. Whenever there is a situation that needs to be understood, he assesses it really well. When things don’t come off, you can say that it was an error of judgment. That’s acceptable; it’s sport. But, we don’t want him to lose his positivity or his optimism in changing the situation for the team. That’s where his USP lies ,and we will definitely continue to back him to play that way, find ways to put pressure on the opposition and score runs, which is his natural game.”

Just 23, Rishabh Pant has featured in 21 Tests and has 1403 runs to his name at an average of 43.84 with three hundreds. He was one of India’s chief heroes in the Test triumph Down Under earlier this year. He took on the Aussie bowlers and came out on top.