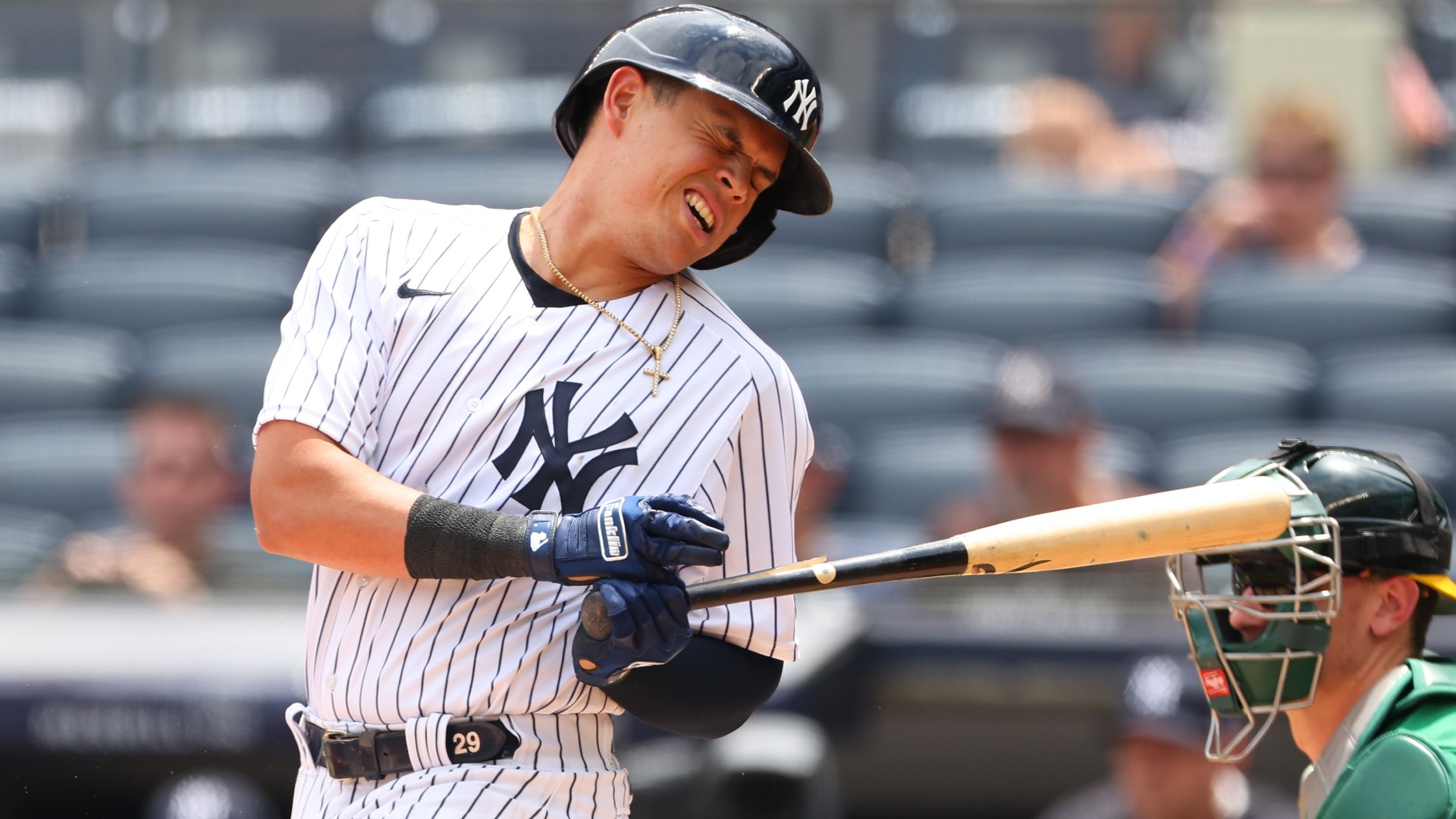 Gio Urshela found out the hard way Saturday just how dangerous broken bats can be.

He was batting in the second inning of the Yankees-Athletics game when his bat splintered on a ground ball. Some of the splinters appeared to hit Urshela’s left eye, and he was clearly hurting as he lumbered up the first-base line.

The end result of the grounder was a double play, but New York was more concerned about Urshela’s health.

It looked as if Urshela would be the latest Yankee to be sidelined with an injury. The team has been plagued with injuries this year, with key contributors like Luke Voit, Aaron Hicks and Corey Kluber currently on the IL. Urshela himself played through a knee injury early in the season.

As bizarre and scary as the injury looked, Urshela was able to clean out his eye and stay in the game. And the Yankees are certainly grateful that he did.

In the eighth inning, he came up in a tie game and launched a home run to deep left-center field to give the Yankees a one-run lead.

While that wasn’t the eventual game-winning run, Urshela’s blast started a three-run outburst that led New York to a 7-5 victory over Oakland. And it further showed that the third baseman was no worse for wear after his eye issue.

Urshela’s toughness and clutch play had Yankees fans showing their respect and admiration on social media.

The piece of bat that went into Gio Urshela’s eye is now on the ten day IL.

Gio Urshela has become probably the best defensive 3rd baseman in the league, and he was acquired from Cleveland, by way of Toronto, for pocket change.

When Brian Cashman gets his Plaque in Monument Park, that will be listed as his greatest transaction ever.

Gio Urshela is the most consistent and reliable Yankee. We got him for 25,000. If that isn’t a ROI, I don’t know what is