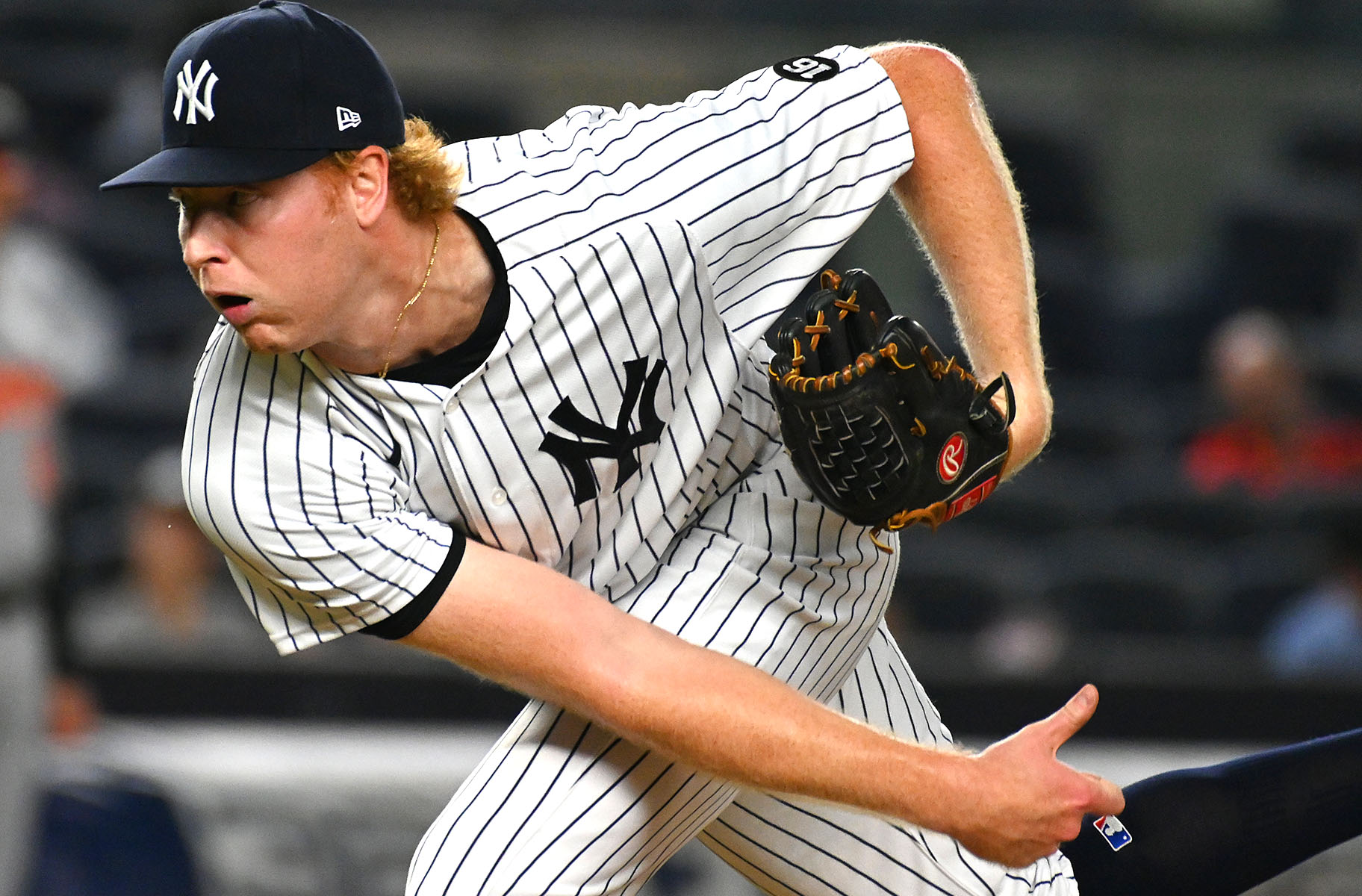 Luis Gil wasn’t the only hard-throwing right-hander to dazzle for the Yankees in his MLB debut Tuesday night.

Long Island native Stephen Ridings relieved Gil in the seventh inning and lit up the radar gun, hitting triple digits and striking out three batters in the Yankees’ 13-1 win over the Orioles at Yankee Stadium.

The St. Anthony’s High School grad, who was drafted by the Royals in 2016 before signing with the Yankees last offseason, was also pitching with a heavy heart. Ridings’ grandmother passed away Monday, before he got the call Tuesday that he was being promoted to the big leagues.

“To be able to have this moment with my family in the stands was very special,” Ridings said. “In the midst of my family trying to figure out funeral plans and wakes and dealing with all that, getting the call today and having this moment with them was indescribable.”

Ridings threw three balls to start the inning before coming back to record three punchouts around a double while topping out at 101 mph with a sharp slider.

“This was our first time seeing him in person, and the stuff was impressive,” manager Aaron Boone said. “He had a little emotion with it, had a little strut out there.”

Brody Koerner, who was called up with Ridings to provide depth in the bullpen behind Gil, threw the final two innings. It marked the first time the Yankees had three pitchers make their debut in the same game since 1950.