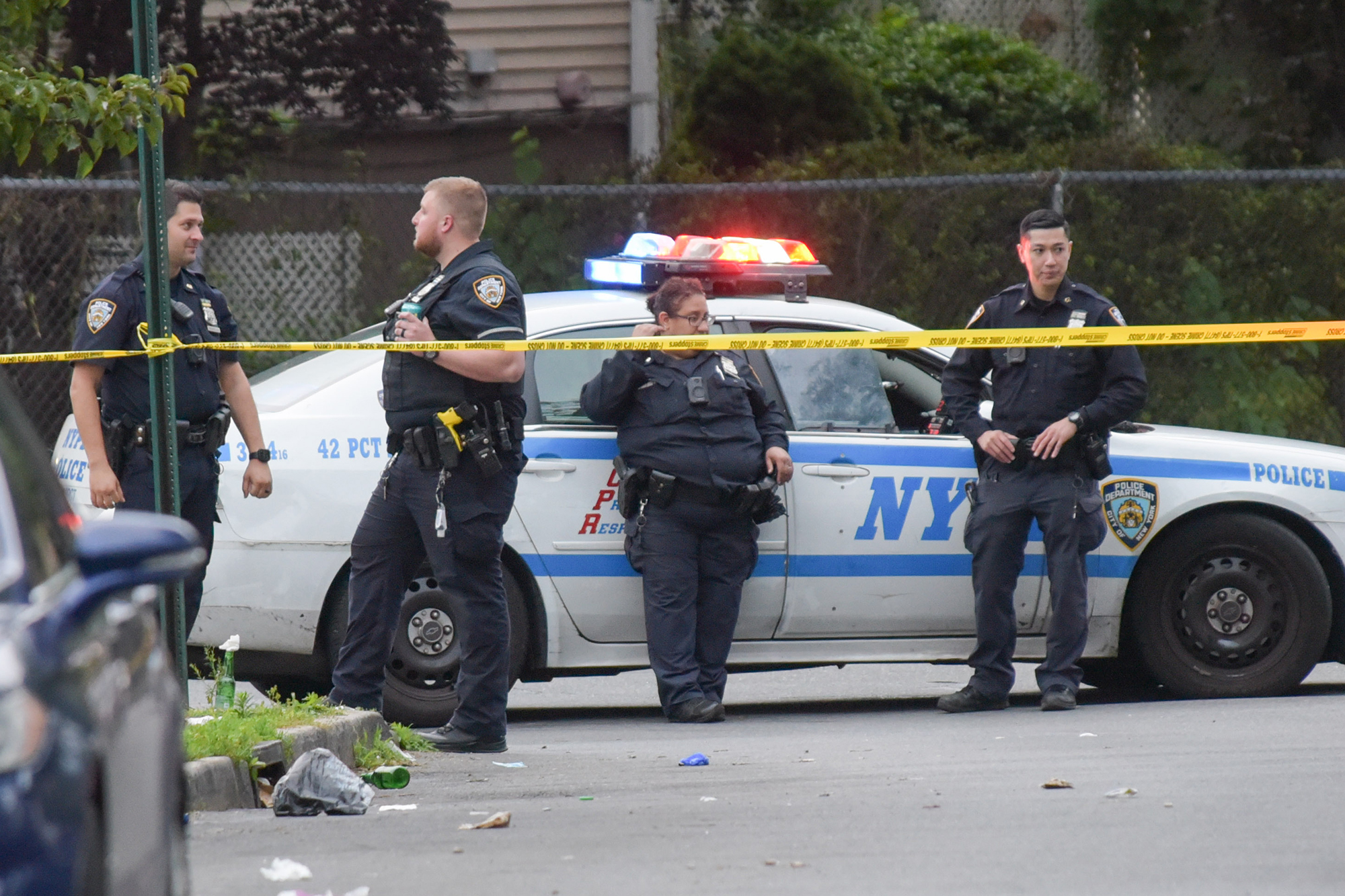 At least two people were killed in a series of slashings and shootings across the five boroughs Saturday night and Sunday morning, according to police and sources.

A 22-year-old man from the Bronx was fatally gunned down in the borough just after 4 a.m., while a 45-year-old man died after getting stabbed in the chest before 2 a.m. in Brooklyn.

Cops arrived on the scene on East 172nd Street in the Bronx at 4:10 a.m. to find two men in their 20s with gunshot wounds, an NYPD rep said.

Mamadou Bah, 22, was wounded in the torso and arm and the other man, 27, struck in the buttocks.

Emergency crews rushed both men to St. Barnabas Hospital, where the Bah died from his injuries. The 27-year-old is listed in stable condition, police said.

The shooting came hours after cops found a 45-year-old man stabbed in the chest on Foster Avenue in Flatbush, police said. The victim was taken to Kings County Hospital and pronounced dead, NYPD said.

Sources said two other shootings occurred in the Bronx before 1 a.m. on Sunday.

In the second, a 40-year-old man shot in the right thigh was “highly uncooperative” after checking into Lincoln Medical Center for his injuries.

Two non-lethal slashings were also reported early Sunday — in the Flatiron District right before 10 a.m. and in Midtown sometime much earlier, sources said.

Details of those stabbings were unclear Sunday afternoon.

Two people were also stabbed in attacks in the Big Apple Saturday, with one victim needing 16 stitches.

The other victim was a 23-year-old tourist who was slashed at around 4:35 a.m. when the suspect began catcalling her near Times Square, sources said.

Last year, more than four dozen people died or were injured in shootings over the holiday weekend — sparking a war of words between Mayor Bill de Blasio, police brass and city prosecutors over who or what was responsible for the surge in violence.