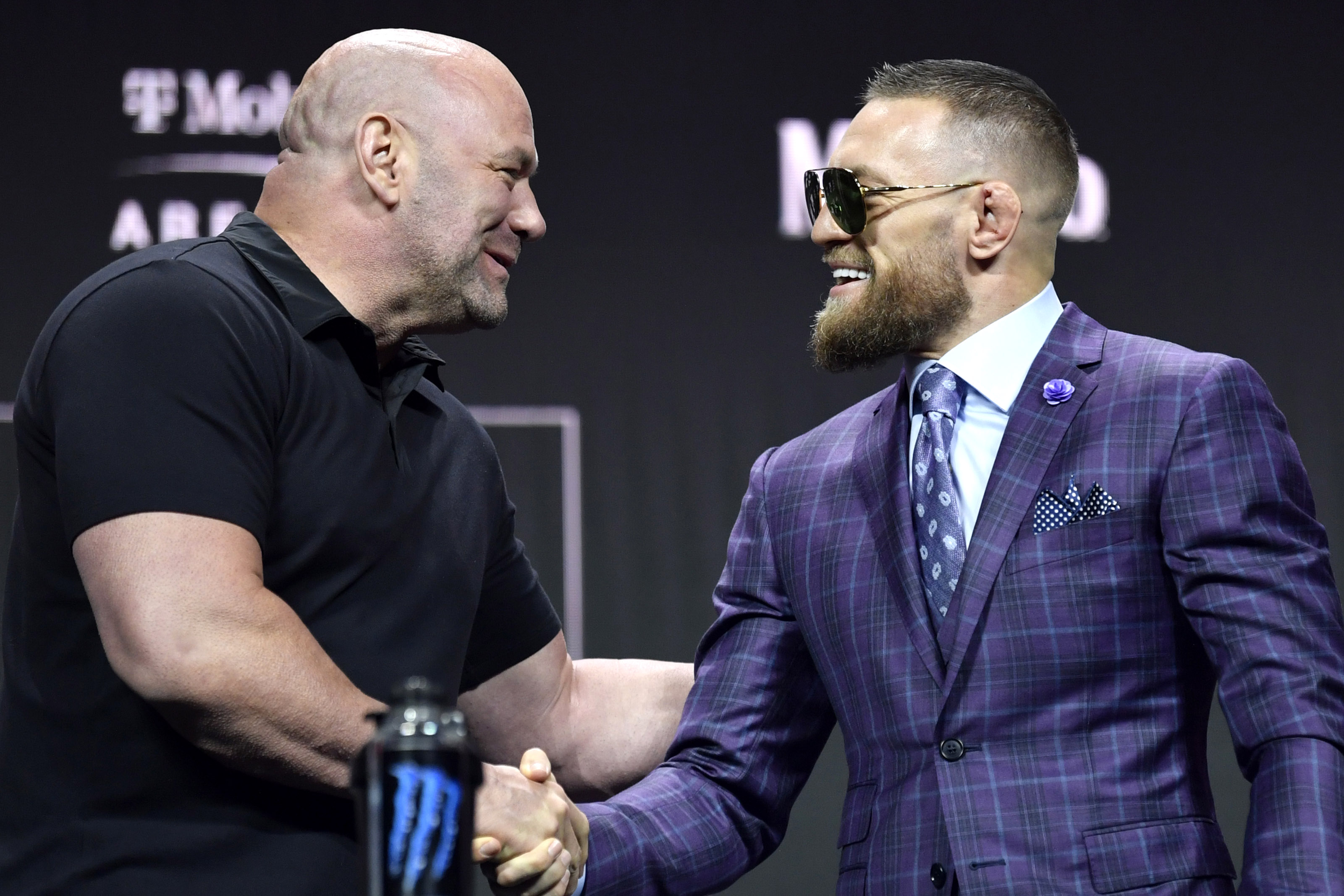 LAS VEGAS — The fight capital of the world hosts Saturday’s upcoming UFC 264 ESPN+ pay-per-view rubber match between Conor McGregor and Dustin Poirier. For decades, I have been attending world-class championship bouts in Las Vegas, and this fight card with the Poirier versus McGregor headliner ranks right up there with the best of them. A full house of ravenous fans will be on hand to watch 13 scheduled bouts featuring fighters from 11 countries, each possessing varying body types and fighting styles.

This is the third fight of a trilogy.

In the first, McGregor earned victory via knockout when each man was not yet the fighter he is today. In fact, they competed in the featherweight division (145 pounds) in that 2014 fight. The second fight was in January. In that lightweight bout, Poirier weathered frantic early pressure from McGregor before he was able to bludgeon the front leg of the Irishman, who entered with a stoic boxing stance and a stale fight plan. Poirier eventually chopped McGregor’s lead leg to a pulp, enabling him to knock out the brazen brawler halfway through the second round.

It’s safe to say McGregor will return to a more karate stance and approach for this bout, and with it a more focused attempt to control space and distance. He once possessed an innate fluidity of offensive and defensive movement, precision placement of vicious leg and arm strikes, coupled with quickness and natural athleticism. McGregor must return to using those assets as the basis for his fight plan if he is to have any chance.

McGregor, usually teeming with confidence, must now compete with an opponent who enters the cage with at least as much belief and momentum as he does. McGregor is a master at goading opponents into rage and irrational octagon behavior, but his attempt at mental aggression will not work against Poirier, based on the result of their January bout.

McGregor, who is 1-2 as a lightweight, is most effective early in bouts, then is challenged with conditioning after a round or two, especially when competing against larger men. We witnessed this in his losses to Poirier in January and against Khabib Nurmagomedov and Nate Diaz in past years. McGregor must commit to damaging and then finishing Poirier early in this fight if he is to get his hand raised.

Poirier, the substantially larger, more durable competitor, must be able to weather McGregor’s speed, athleticism and complex striking attack early in order to batter the will out of him late. His plan again will revolve around taking McGregor deep into the fight while forcing the Irishman to defend a vicious leg attack, fatigue and Poirier’s forward-pressure striking.

McGregor has fought three times since his loss to Floyd Mayweather in 2017, while Poirier has competed seven times against elite talent within a top division in the UFC.

Poirier is a legitimate top-three lightweight contender while McGregor places a level below the top four or five lightweights. That could change Saturday, when McGregor must display he still has the grit, drive and hunger required to compete at this level in the octagon. This is something many question, myself included.

Poirier must maintain composure and, by any means possible, follow his team’s plan and take this fight into the third round or later. He has proven to be able to go a full five with elite lightweights, so taxing McGregor and forcing him to use his energy is mandatory in order for Poirier to have the advantage in the later rounds.

Poirier can’t get into a firefight early. Rather, he must use patience and a measured approach in order to set up his forward-pressing power striking. The Poirier camp believes the way to conquer McGregor involves Poirier unleashing his heat in the latter rounds after McGregor’s speed, quickness and movement have waned.

McGregor’s athleticism, movement, footwork, precision striking and innate fighting acumen must all be present for more than two rounds in order for him to win this bout.

We’ll wait until closer to the fight to consider the Poirier side as the Irish droves betting late on McGregor should change the look of this price substantially.

Total in this fight: 1.5 rounds Over -160. I’ll look to scour prop wagers to obtain more favorable pricing on the Over.