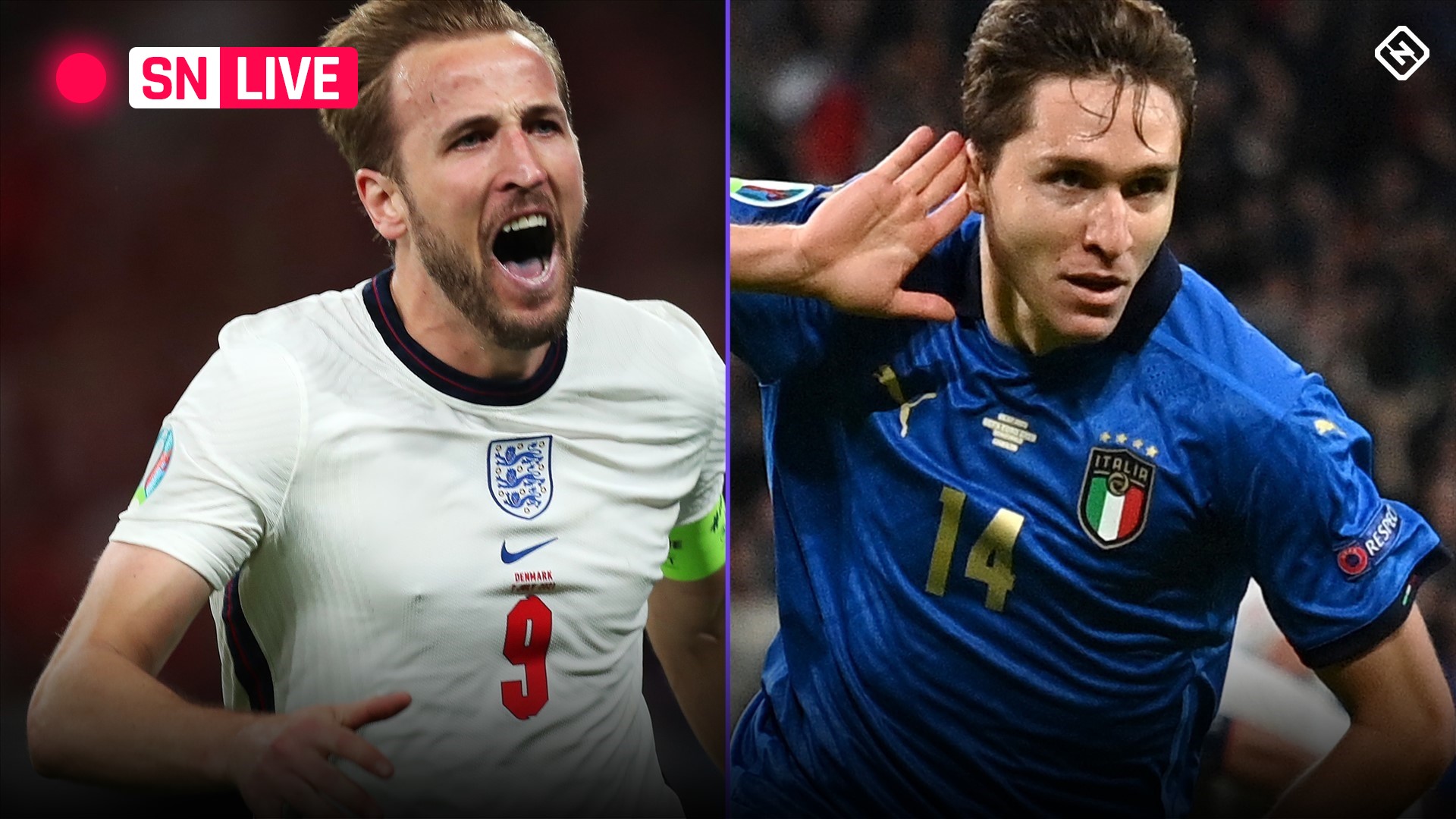 Just one game left at Euro 2021 and it has all the ingredients to be the best one yet.

England will try to win its first major title since the 1966 World Cup when it hosts Italy in the European Championship final at Wembley Stadium in London. It already made history by advancing to its first final in the last 55 years and as host, it is also the favorite to win it.

Italy will be the opponent and the Azzurri won’t be an easy out for England. The Italians, who are chasing their second Euro title and first since 1968, are currently on a 33-game undefeated streak and they’ve played some of the best soccer of the tournament, knocking off quality teams like Belgium and Spain. England’s path in the knockouts included Germany, Ukraine and Denmark.

A capacity crowd is expected at Wembley and the pressure and expectations will be squarely on the English. They will be relying on Harry Kane (four goals), Raheem Sterling (three goals) and a stingy defense (only one goal allowed all tournament) to finally capture their first Euro title.

England vs. Italy updates and highlights

4th: That was the fastest goal ever to start a European Championship final match.

3rd min: England goal!!! Luke Shaw scores his first-ever England goal on a sweet volley. He took it in stride and beat the goalkeeper at the near post.

2:20 p.m. ET: The Italian fans at Wembley. Question is whether they can make themselves heard during the game:

1 p.m. ET: Things don’t seem to be any better closer to Wembley, where fans are storming barriers.

12:00 p.m. ET: We can’t verify if this actually happened today, but it is cool and hard to pull off:

11:44 a.m. ET: Crowds of people were gathering hours in advance of the final and that was not necessarily a good thing in some places:

Earlier reports were confirmed that England is going back to a three central defender formation with two wingbacks in Luke Shaw (left) and Kieran Trippier (right). Bukayo Saka makes room for Trippier.

Italy rolls out the same side that got past Spain with Ciro Immobile keeping his role at center forward despite rumors that the head coach was contemplating a switch.

The Euro 2021 championship match will be broadcast in the USA by ESPN in English and Univision and TUDN in Spanish.

Both those networks can be streamed on fuboTV (free 7-day trial). ESPN+ will carry the match for subscribers and the match will be available on the TUDN app for authenticated users.

The match will be carried by TSN 1/4 in Canada and it will also be streamed on TSN Direct, which is available to authenticated users with a TV service provider. Fans can also subscribe to TSN Direct without a provider.