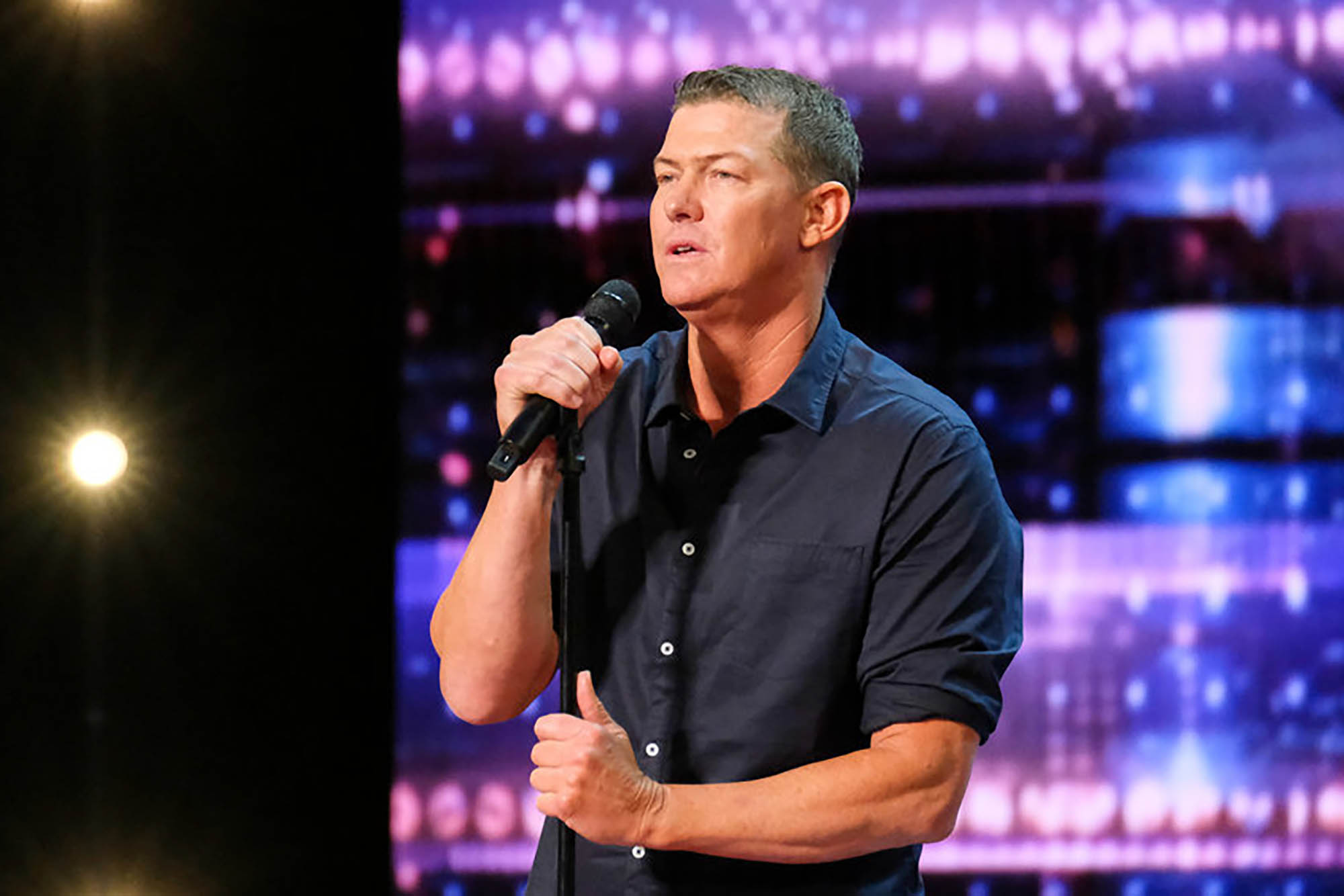 Over a year after his wife’s untimely death, Matt Mauser roused crowds with an emotional performance on “America’s Got Talent” this week.

The 51-year-old widow of Christina Mauser, who was among the nine people instantly killed in the same 2020 helicopter crash which killed Kobe Bryant, moved the audience to a standing ovation with his cover of Phil Collins’ 1984 single “Against All Odds (Take a Look at Me Now).”

“I’m a singer, and I’m here because my wife and we’re both schoolteachers and we retired from teaching so that I could do the music full-time and she got the opportunity to coach girls basketball with Kobe Bryant. But on January 26 of 2020, I lost my wife in the same helicopter crash that killed Kobe Bryant,” Mauser, of Huntington Beach CA, told judges ahead of his performance. “Before January 26, me and Christina lived this dreamy kind of life. We met in 2004, she saw me playing at this dive bar and I asked her out and we sat in my car and we talked about music.”

“I’m scared, I think, more than anything… She was warm. She was incredibly bright,” Mauser said on the “Today” show shortly after the California chopper wreck.

The pair were married for 15 years and had three children, who joined Mauser for his audition.

“She was just this very humble, powerful, beautiful human being,” he went on of his late wife. “We were so in love.”

Til the moment he last saw her, the pair were passionately committed to each other.

“When she left that day she kissed me and she said ‘I love you.’ That was the last thing my wife ever said to me,” Mauser continued, becoming teary. “Your whole life changes in a second.”

His heartbreaking story and soulful take on the ‘80s pop hit earned him not only the audience’s approval but also the judges, all of whom approved him moving on to the show’s next round.

Shershaah: Himanshu Malhotra Opens Up About His Role As Major Rajiv Kapoor in The Sidharth Malhotra-Starrer

Dilip Kumar Dies at 98: Did You Know the Legend Still Holds This Amazing Guinness World Record That He Shares With Shah Rukh Khan?
See What the OG Cast of Gossip Girl Looks Like Now
Comment